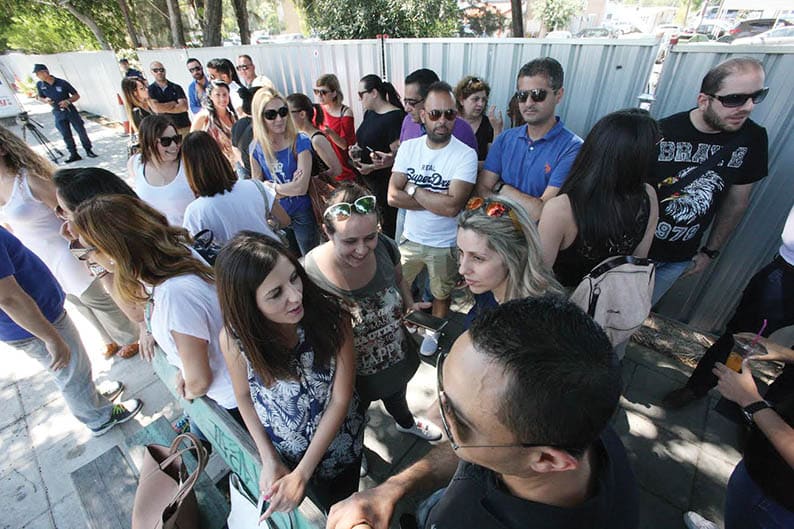 PRIMARY teachers’ union Poed announced on Friday night that its members would strike next week to protest over the approval by the House plenum of two bills overhauling the system of appointing teachers to state schools.

The new regulations replace the current regime, by which university graduates are appointed on the basis of graduation year, with annual exams-based appointments.

They include a 10-year transition period, during which both systems will operate, with varying weighted percentages of appointments from each, progressively eliminating the current system.

Per the new regulations, which fleshed out a law passed in 2015 laying down the reform’s principles, the first examinations for appointment to all state schools – pre-primary schools, primary schools, high-schools, and technical schools – will be held in October and November 2017.

“The new system of appointments will gradually replace the existing anachronistic system, which is based on the time of submission of a teaching degree,” the education ministry said in a statement.

“Teachers will be selected on the basis of qualitative criteria, namely written exams (on the subject they were trained to teach, the Greek language, and the skills required of all teachers), their academic credentials, and their years or prior experience in teaching.”

During parliamentary debate, Poed staged a protest outside parliament in opposition to the planned vote.

Poed had demanded pushing Friday’s vote back by a year to allow for further discussion of one main sticking point – whether replacement teachers, who are called to the classrooms when permanent staff are temporarily absent, fall under the new rules stipulating that teachers not-yet appointed who have 30 months of teaching under their belt are automatically employed with open-ended contracts.

Prior to passing the laws, parliament narrowly defeated a motion to postpone the vote, in line with Poed’s demand.

Socialists Edek deemed the motion’s defeat a “mistake” and declared they would abstain from further discussion and voting.

Education Minister Costas Kadis had addressed the point on replacement teachers during committee-level discussion, citing a legal opinion by the Legal Service, which said that replacement teachers, even if they have taught for a total of more than 30 months, are not eligible for open-ended contracts.

Poed leader Filios Fylaktou argued that the 30-month criterion should be viewed as a total, and that 350 teachers fulfil it, not 90, as claimed by Kadis.

Citing the Legal Service’s opinion, the education minister countered that replacement teachers will be excluded from the scope of the provision, but are free to challenge the law in court.

“You can’t pass a law and say ‘well, you can seek vindication in court’. You try to safeguard that no one will need to resort to the courts.”

Fylaktou said, if passed, the system will collapse “within one or two years”.

Following the plenum vote, Poed’s board decided to call the union’s members to an eight-hour strike sometime next week. Fylaktou, speaking to Paideia-News portal, warned that the “next school year will not begin smoothly”, as Poed will “claim, by all means at its disposal, the justification of teachers who have been teaching for many years and who have a cumulative service exceeding 30 months”.

The union said that it will announce the measures it aims at taking next week.

An opportunity to immerse yourself in jazz improvisation