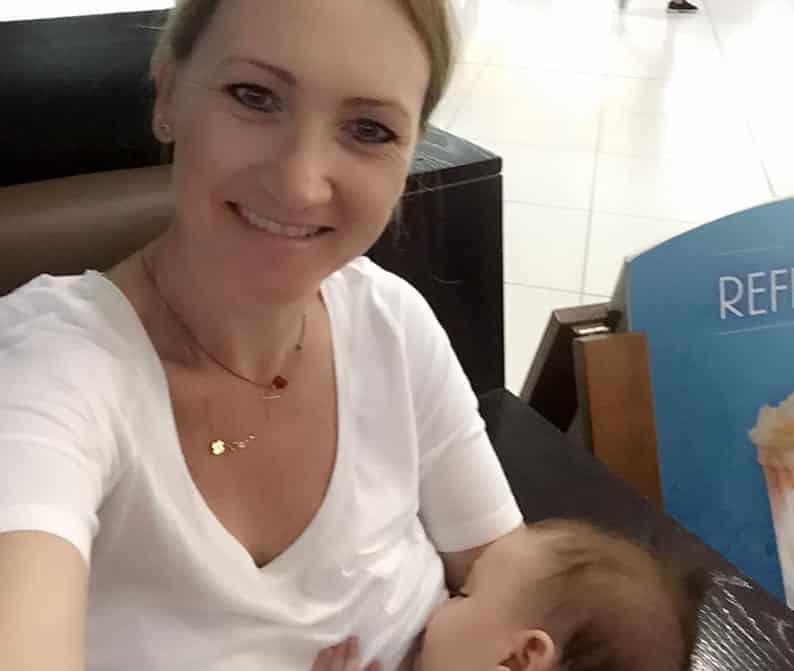 A debate was raging across social media on Monday after a former TV presenter in Cyprus, Melanie Steliou, posted photographs of herself breastfeeding her child that were taken down by Facebook after someone reported them.

Steliou had initially shared the photographs on Sunday and was subjected to a barrel of bullying, she said in a later post describing her reaction to the onslaught of negative responses she had seen.

Saying that Facebook’s reaction in taking down her post was probably automatic as they work with algorithms, Steliou said she messaged the social media giant to restore her post.

Nevertheless, on Monday she said she wanted to re-enforce the message that there shouldn’t be any shame linked to breastfeeding a child and re-posted the same photographs.

“A few years ago I did a nude photo shoot for raising awareness for (an) AIDS campaign and no one reacted negatively to the sight of a nude woman! But breastfeeding is offending? Does this offend you?”

Some of the photos are from the day she delivered her new-born son and she fed him for the first time.

Commentators in support of her decision to re-upload the pictures said breastfeeding is a holy and natural thing.

One man however sarcastically said “we had nothing better to do than see your breasts in photos because you want to breastfeed in public. And you post it, you don’t like criticism and then you react.

“There are corners and cars you can go to to breastfeed, not publicly and putting photos on Facebook. Do something else to show off, not breastfeed.”

His comment however was hit back with people questioning whether when it’s time for him to eat, he goes into a corner, a car or a bathroom.

Other women heralded her decision and said society in Cyprus needed to move forward and away from the close mindedness that has a hold on many of its citizens.

Steliou said after her initial post, she was first a little bit shocked because she hadn’t expected the negativity “but then I felt disappointed reading some of the comments that were borderline bullying,” but was more disappointed that a lot of the comments were from women.

“After I felt sad because in the society we live in, we consider it normal to stuff our babies with a bottle and leave to others to take care of. Chill, neo-Cypriots, our grandmothers used to give birth in fields and carried on working with babies on their backs that they breastfed under the trees.”

Nevertheless, she said the positive messages she received encouraged her to re-post the photos “to support all those mothers that breastfed for years and had to deal with this racist society.”

One of the debates under one of her posts concerned the Facebook guidelines that are against nudity to which she replied that the platform supports breastfeeding.

Steliou said what sparked her decision to initially share the photos on Facebook was that about two weeks ago, she had put up a photograph on Instagram of her breastfeeding her son at the airport and that to this day she continues to receive messages about it.

“I never expected to hear what I heard.”

She also said that she was recently debating whether to attend a lecture as she had nowhere to leave her baby so when she went with her son and she started breastfeeding him, two women who assumed she was foreign due to her blonde hair began discussing her saying “is she not ashamed to breastfeed her child in public? She’s tiring the baby, couldn’t she leave it at home with the carer?”

Steliou ended her post saying we live in a country where it is normal to give your child “a plastic nipple and not your own so you don’t bother people.”

“Don’t ever accept feeling that you can’t do the most normal thing in the world – offering nutrition to your baby.”