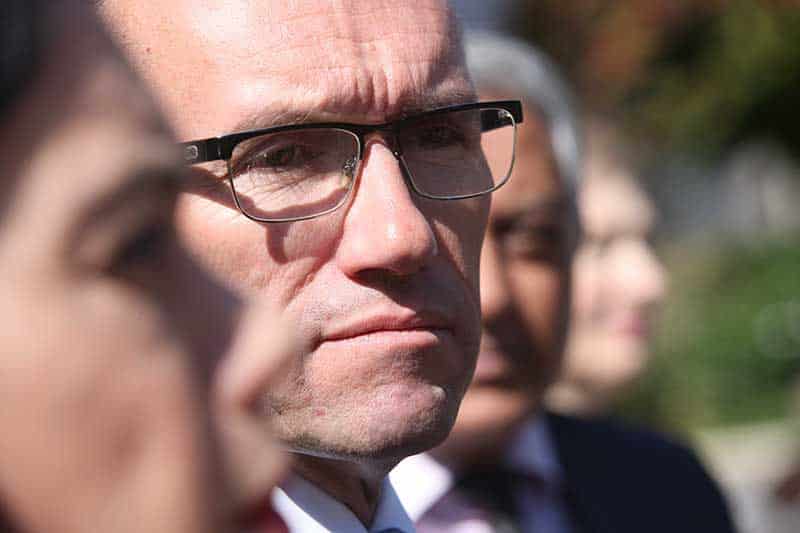 The Special Adviser to the Secretary-General on Cyprus, Espen Barth Eide, has officially requested to be released from his responsibilities as the Special Adviser in order to run in the upcoming legislative elections in his country, Norway.

According to a statement attributable to the Deputy Spokesman for the Secretary-General Farhan Haq, the Secretary-General “expresses his sincere gratitude to Mr. Eide for leading his good offices mission on the Cyprus issue in support of the bi-communal talks between the Greek-Cypriot leader, Nicos Anastasiades, and the Turkish-Cypriot leader, Mustafa Akıncı, in their efforts to reach a comprehensive settlement“.

“Over the last 27 months, with steadfast dedication, commitment and creativity, Mr. Eide helped the two leaders make unprecedented progress towards reaching a viable and sustainable solution to the decades old dispute, bringing them closer than ever before to their shared vision of a united Cyprus“, the statement reads.

UN-peace talks at the Swiss resort of Crans-Montana commenced on June 28. In the early hours of July 7 UN Secretary General Antonio Guterres announced that the Conference on Cyprus ended without an agreement.

The talks, held under the auspices of the UN, aim at reuniting Cyprus under a federal roof.