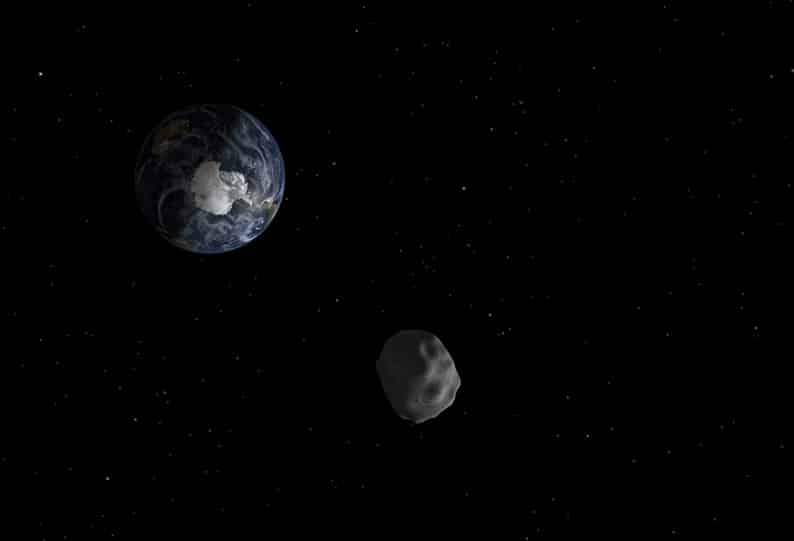 CYPRUS will be involved with a Nasa mission aimed to derail asteroids heading to Earth and nudge them off course, head of Cyprus’ Space Exploration Organisation (CSEO), George Danos said on Tuesday.

Speaking during the 19th international conference of overseas Cypriots, he said “I am very pleased to say that CSEO has been invited to participate in this mission to protect our planet to divert an asteroid from its path.

“This is humanity’s first such attempt. This is CSEO’s first space mission into outer space. And it happens to be a mission to protect our planet.”

The plan, by Nasa and the European Space Agency (ESA) along with Italy and Germany is to divert an asteroid heading towards Earth in a few years, Danos said and the organisation would work hard and make use of all their human resources for the ambitious project.

“Our island does not just sit on a great energy reserve, one of the greatest reserves is our people’s brains and above all our youth,” he told attendees.

“And no, we have not yet given our spacecraft a name. Care to suggest one?” he asked participants at the conference.

Danos said CSEO was cooperating with Nepomak, the youth branch of the world federation of overseas Cypriots offering internships.

Two Cypriot university students part of the diaspora who undertook the internship, Anna Tsatsos, who is reading mathematics and physics, and Andrew Savvides who is reading engineering, said it was an opportunity to use and enhance the skills they learned in their home countries to the benefit of Cyprus.

Danos stressed the organisation is not “a local group of space enthusiasts, it is not a group of dreamers. CSEO is a multinational organisation,” whose council was comprised by top experts from across the world including top NASA scientists and laboratory heads.

Rectors of world leading space universities, people heading the UN committee on space, board members of the International Academy of Astronautics and directors of space institutes were also amongst council members, he added.

On September 1, Asteroid Florence, a large near-Earth asteroid, will pass safely by Earth on September 1 at a distance of about 4.4 million miles or 7 million kilometres, or about 18 Earth-Moon distances. Florence is around 4.4km in size.  The 2017 encounter is the closest by this asteroid since 1890 and the closest it will ever be until after 2500, Nasa said.

Cyprus the safest country in the world for young people