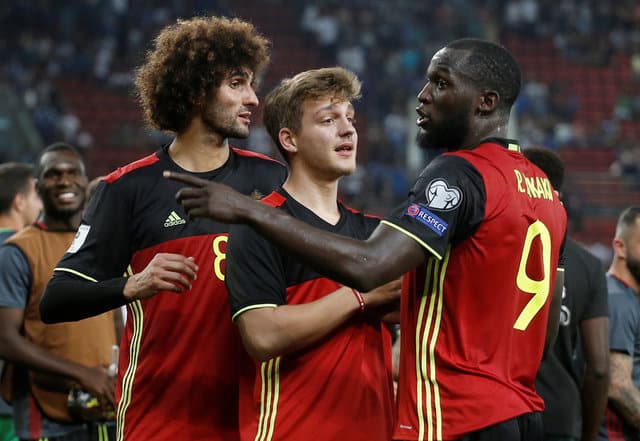 Belgium became the first European team to qualify for next year’s World Cup when a Romelu Lukaku header gave them a 2-1 win away to Greece on Sunday with the goals coming in a five-minute second-half spell.

Belgium became the sixth team to make sure of their place at the 2018 tournament alongside Brazil, Japan, Iran and Mexico, plus Russia who qualified automatically as hosts.

The win left Belgium with 22 points from eight games at the top of Group H, eight clear of Bosnia who won 4-0 away to Gibraltar. They each have two games to play.

The winners of the nine European groups qualify directly and the best eight runners-up play off for four more places.

Belgium were missing defender Vincent Kompany after he took a knock in the 9-0 win over Gibraltar on Thursday while Eden Hazard started on the bench.

Greece managed to stifle Belgium with a five-man defence in the first half and twice came close to scoring on the break.

Anastasios Donis surged forward from midfield and tested Thibaut Courtois, then Konstantinos Stafylidis produced a thumping drive which was heading for the top corner until the goalkeeper tipped it away.

Defender Jan Vertonghen gave Belgium the lead in the 70th minute with a left-foot drive into the bottom corner.

But one minute after that, Lukaku headed into the far corner after being picked out by Thomas Meunier.

Greece dropped to third with 13 points after managing only one point from two home games in the space of four days.

Bosnia, beaten 3-2 away to Cyprus after squandering a two-goal lead on Thursday, took full advantage of the Greek defeat to reclaim second spot, with Edin Dzeko scoring twice against Gibraltar.

Bosnia needed 35 minutes to break the deadlock before Dzeko scored with a powerful near-post header.

Kenan Kodro-Maksumic, Senad Lulic and Dzeko added further goals in the second half although the final score was harsh on Gibraltar.