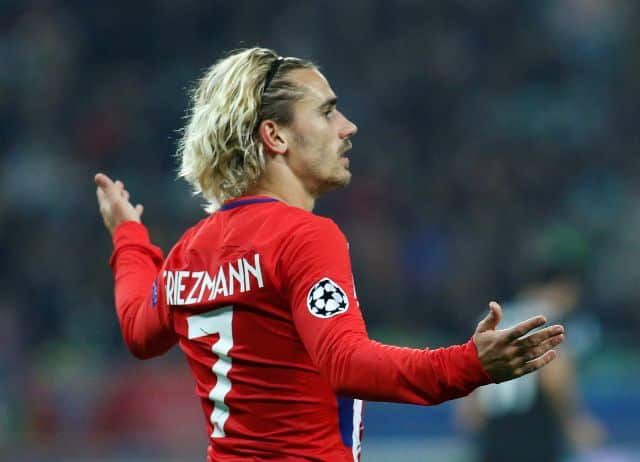 Atletico Madrid, within inches of Champions League glory twice in the last four years, are in danger of an embarrassing early exit from the competition unless they can rediscover their scoring touch.

Diego Simeone’s side have only netted five times in their last seven games in all competitions, of which they have only won one, and their profligacy continued in a 1-1 home draw with Villarreal on Saturday.

The struggle to score has been most pronounced in the Champions League, with Antoine Griezmann’s penalty in the 2-1 defeat by Chelsea the only time they have found the net in Europe’s elite competition this season.

Atletico have made their worst start in the tournament since 2009 after taking two points from their three games and must beat Azerbaijani champions Qarabag on Tuesday to have a realistic chance of reaching the last 16.

Atletico’s growth has been stunted by a ban on registering new players, barring recent signings Diego Costa and Vitolo from taking part until January, although the team’s biggest problem has not been their ability to create chances, but their struggle to put them away.

They were at their most wasteful in the goalless draw at AS Roma, and midfielder Saul Niguez said the game in the Olympic Stadium is still weighing on his mind.

“I’m going to be thinking about Rome for the rest of the season because it could really penalise us. If we don’t qualify, I’ll feel more guilty than the rest of the players,” he said in an interview with Marca on Monday.

The shock goalless draw with Qarabag in Baku two weeks ago was the most disappointing display as they struggled to break down the hosts even with an extra man for the final 15 minutes.

Antoine Griezmann squandered their clearest chance that evening and the France international has shouldered most of the blame for the team’s problems.

“The chances these superstars keep missing are not normal, and the team should have seven or nine points rather than two,” said former Atletico forward Paulo Futre, writing in newspaper Marca.

“Simeone isn’t the one who keeps missing these chances. It’s not his fault a Ballon d’Or finalist wastes a clear opportunity.”

Simeone, however, has not been immune to criticism. Former forward Quique Estebaranz said the Argentine coach should promote a more attractive style of play.

“I would build a giant statue to Simeone for everything he has given us but I would try and play more attacking football because the club needs to show ambition,” he told Radio Marca.

“Atletico needs to give a little more to go even further than we have come.”

Atletico will have little choice but to go for broke against Qarabag at the Wanda Metropolitano Stadium, otherwise their new 68,000-seater arena will be hosting games in the far less glamorous Europa League.