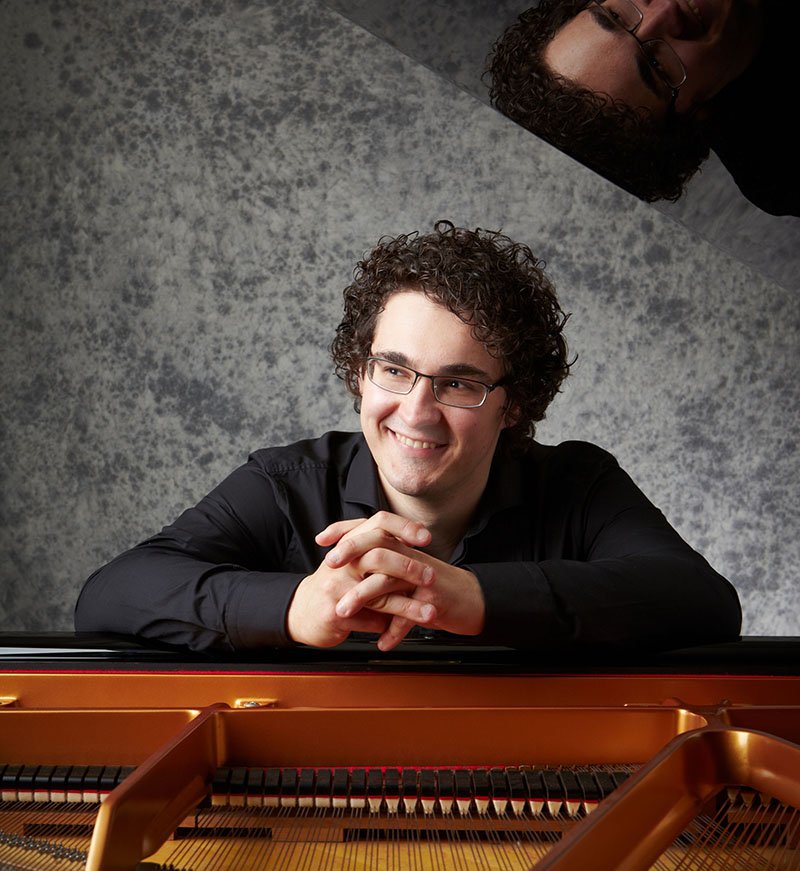 The Pharos Arts Foundation, in collaboration with The Keyboard Charitable Trust in London, will present a recital by pianist Artem Yasynskyy on Thursday in Nicosia.

Yasynskyy, who is a prize winner in a number of important piano competitions, will perform a spectacular programme with works by Johann Sebastian Bach, Joseph Haydn, Karol Szymanowski, Sergei Prokofiev and Benjamin Britten.

The Ukrainian pianist was born into a family of professional musicians. At the age of seven he started studying at the Special School for Gifted Children in Donetsk and he gave his first public concert at the age of eight. While still a child, he performed as concerto soloist with orchestras such as the Donetsk State Orchestra and the Ukrainian National Orchestra.

Numerous competition successes during this period included prizes at the International Piano Competition of Prokofiev’s Native Land (Donetsk, 1999 and 2003), the Horowitz Debut Competition (Kiev, 2001), the Vladimir Krainev Competition (Charkov, 2005) and the Horowitz International Piano Competition for Young Pianists (Kiev, 2001 and 2007). A scholarship granted by the President of the Ukraine from 2006 to 2010 enabled Yasynskyy to study at the Prokofiev State Academy of Music, from which he graduated in 2010 with Honours. That same year he moved to Germany in order to continue postgraduate piano studies at the University of the Arts in Bremen.

Prize winner in a number of important piano competitions, Yasynskyy was the Gold Medallist and winner of the Audience Prize at the prestigious Cincinnati World Piano Competition in 2015, in Ohio – the last winner of this prestigious competition, before it closed its doors for financial reasons. In 2013, he won the Hofmann Prize at the First German Piano Competition of Polish Music, held in Hamburg – the prize included a CD recording of works by Joseph Hofmann for Naxos, as well as a concert tour of Poland, during which Artem performed as a soloist with the Koszalin Philharmonic Orchestra.

The pianist has appeared in concerts throughout the world (Germany, Italy, South Korea, Japan, Australia, Spain, Russia and the UK) and he has participated in festivals, such as, the Rarities of Piano Music (Husum, Germany), the Kiev Musical Summernights Festival, the Honens Festival (Calgary, Canada), the Paderewski Festival (Raleigh, USA), the Bremen Musikfest, the Slavic Culture Days in Rome and the Maggio Piano Festival in Vercelli.

Since April 2015, Yasynskyy has been a piano professor at the University of Arts Bremen. In 2015, his CD with works by Joseph Hofmann was released by Naxos and in January 2018 his new CD with Scarlatti sonatas will be released by Naxos.

The concert is supported by the Keyboard Charitable Trust, whose mission is to help young keyboard players have more chances of building professional musical careers. The Trust identifies the most talented young performers (aged 18-30) and assists their development by offering them opportunities to perform in important music centres in Europe and the Americas.

Bottas on pole after Hamilton crashes out