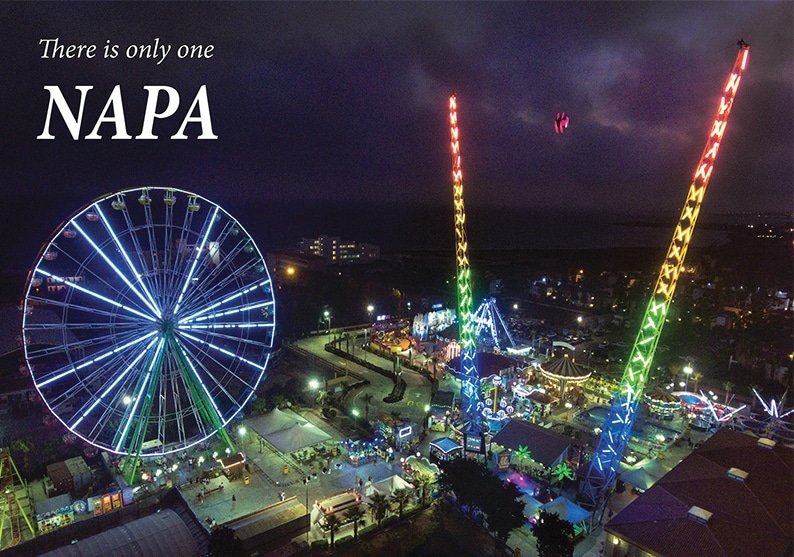 Following the great success of his best-selling book ‘Cyprus from the Air’ back in 2005 aerial photographer Denny Rowland has now published a follow-up, ‘High above Cyprus: a decade of evolution’.

The book is a photographic account of how Cyprus has changed.

Geared to appeal to a wide range of readers, the book offers stunning night and day shots, pages of ‘then and now’ photos comparing new developments with how places looked like in the past.

“It’s for the general public,” the author explained. “Some readers like villages, others beaches. There is a bit of everything, and more about places where there have been a lot of changes.” 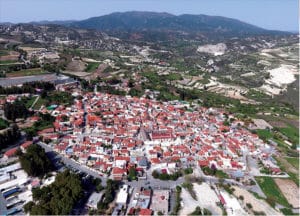 He believes most changes have taken place in the Limassol and Ayia Napa regions and the book reflects that.

“The Limassol marina is the pinnacle of industrial development, it has been the biggest project in the last ten years, and of course there are all the new high-rise buildings. Limassol is set to look like Manhattan in the coming years with a definite skyscraper trend,” said Rowland, who lives in the city.

Ayia Napa is also well covered as Makronissos beach will soon look very different due to the work which is underway at the new marina complex.

Other interesting developments include new water sports such as flyboarding.

Less focus is on Larnaca and Nicosia, where, according to the author, fewer changes have taken place.

Some pages are more text heavy, for example, a photo of a vineyard is accompanied by a text about why Cyprus is suitable for wine growing.

The 22x26cm hardcover book is smaller in size than the previous one which sold more than 12,000 copies, topping the local charts. ‘High above Cyprus’ has 494 pages.

Denny Rowland has been a professional aerial photographer since 1975 and has published 25 books with photos from places around the world.

For his latest book on Cyprus most of the pictures have been taken from a helicopter, many from a height of around 4,000 feet (1,200 metres), though he also used drones at times.

Signed copies are available directly from the author with free delivery via Akis Express anywhere on the island. The retail price in bookshops is €25, and there is also a special deal available for both books on Cyprus for €30.

There are also book signing events on December 19 and 20 starting at 6.30pm at the Four Seasons Hotel in the newly renovated Colors cafe, also featured in the book.