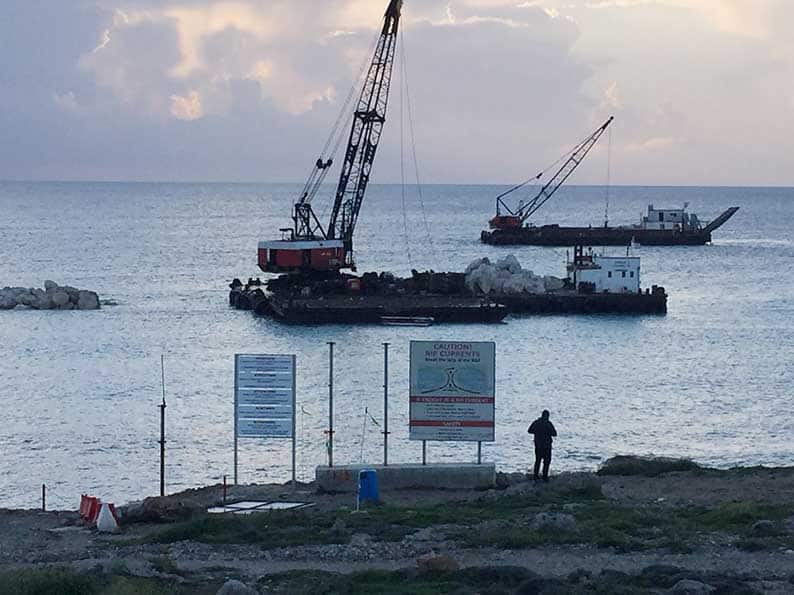 DESPITE Cyprus pushing to promote itself as a year-round tourist destination and as the weather warms up and the official summer season is only weeks away, Paphos says promises to increase the working months of lifeguards have not been fulfilled.

Head of the Paphos municipality beaches committee, Nicos Simildes, told the Cyprus Mail that despite the government making an announcement last year that they would increase the number of months lifeguards work on the islands beaches, nothing has yet been implemented.

He said pledges were made to increase their operational period to nine and even 11 months of the year.

“We are already in March, it is warming up and many people like to swim, yet there are no lifeguards on duty. They (the government) promised something last year and yet nothing has been done about it. It is so important that we have lifeguards in place to cover most of the year,” he said.

Simildes added that only one swimming area in Paphos currently has a lifeguard on duty, and that is only between the hours of 6.30am- 11am.

“This is at Ta Bania in Kato Paphos and the hours are to mostly cover the winter swimmers, however, it should be extended,” he said.

The Paphos Lifeguards association has long been voicing concerns over working hours, staff shortages and inadequate and outdated equipment. In August last year, they said they had reached breaking point as beaches were full.

The councillor assured that the situation would be discussed at Monday’s council meeting, where he will suggest writing a letter to the government to ask why the move has not been implemented.

In addition, Simildes noted that the creation of two further ‘official’ beaches in Paphos municipality will also be discussed, these are at Tafoi ton Vasileon -Tombs of the Kings, its official name, (popularly known as Venus Beach) and also the beach in front of the Elysium hotel, where many people enjoy swimming.

The first area is part of the deadly stretch of coastline found just off the Tombs of the Kings’ road in Paphos, which is home to many of the town’s hotels and hotel apartments.

Although signs clearly show the dangers of entering the water due to rip currents, many swimmers, mostly holidaymakers, continue to do so and this has resulted in a slew of deaths. As it is not yet a designated swimming beach, there is no lifeguard on duty. However, Similides said that that work in the sea to create three new breakwaters is well underway and due to be completed in May.

The beaches head noted that if both areas are officially recognised and designated as ‘new’ beaches suitable for swimming, this will mean they will have lifeguards and other amenities, such as showers, changing rooms and toilets.

There are currently six beaches in Paphos, all which have blue flag status, that fall within the Paphos municipality boundary and only eleven lifeguards that cover them, he said.