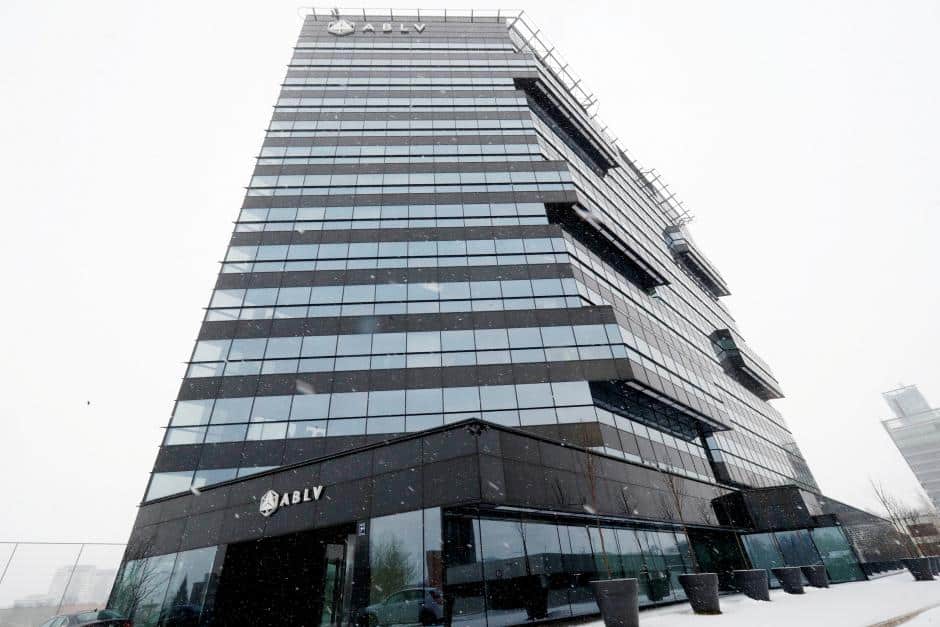 Latvia launched just 85 money-laundering investigations in 2017 even though its banks flagged 17,900 suspect transactions, data seen by Reuters shows, highlighting the challenge the Baltic state faces in repairing its tarnished reputation.

Prime Minister Maris Kucinskis has vowed to invest more in monitoring banks after the United States triggered the closure of Latvia’s third-biggest bank, ABLV, by accusing it of money laundering and breaching sanctions on North Korea.

Washington, an important military ally for the former Soviet-ruled state of 2 million people on the EU’s eastern flank, is watching closely how Latvia tackles money laundering, much of which is suspected to involve wealthy Russian clients.

More resources to monitor banks would be welcomed by Viesturs Burkans, who has been in charge of the Latvian agency fighting money laundering for two decades – as would lowering the burden of proof needed to prosecute suspects.

“The level of evidence is rather high in Latvia if you are comparing with other countries,” said Burkans, who has a staff of 33, some of whom are paid only 800 euros a month. “The number of convicted persons per year is low – close to 10.”

The number of unusual or suspicious banking transactions in Latvia referred to the authorities lags far behind similar statistics for Switzerland and the European Union.

In 2017, only 225 files were forwarded to Latvian enforcement authorities, or 1 percent of the transactions flagged, according to the government data seen by Reuters.

In Switzerland, about 60 percent of reports of suspicious activity were forwarded to police in 2016.

For the EU as a whole, police investigated one in 10 of roughly 1 million transactions flagged as suspected money laundering in 2014, according to law enforcement agency Europol.

Already subject to EU law, Latvia joined the eurozone in 2014 and later put its big banks under the supervision of the European Central Bank, but the country has consistently failed to shake off suspicions about lax financial controls.

“In Latvia, we have the best legislation,” said former justice minister Janis Bordans. “The problem is in enforcement. Who is the controller?”

The stakes are high for Latvia, whose reputation has been hit by the closure of ABLV last month, as well as the detention of central bank governor Ilmars Rimsevics in a separate bribery investigation. Rimsevics denies any wrongdoing.

Since securing independence from Russia in 1991, more than a dozen Latvian banks have promoted themselves as a gateway to Western markets for clients in Russia and former Soviet states such as Ukraine – and promised Swiss-style secrecy for clients.

In many cases, money was lodged in a Latvian bank and then funnelled to accounts elsewhere, such as Switzerland, bankers and officials said. Since Latvia joined the European Union in 2004, transfers were deemed less risky for Western banks to handle than if they had come directly from Russia, they said.

The International Monetary Fund warned as long ago as 2007 that Latvia had a reputation for lax due diligence in opening bank accounts and the Organisation for Economic Co-operation and Development criticised the country in 2015 for failing to do enough to tackle financial crime and money laundering.

The opacity of Latvia’s banking system was built on the fact many lenders taking foreign deposits dealt with shell companies, making it hard to identify the ultimate beneficiary.

At the peak in 2015, Latvian banks held deposits of about 12 billion euros ($15 billion) for foreign customers, according to the country’s financial watchdog. Bankers and officials have said much of the money came from Russia.

“Money is deposited here for a short time period or forwarded to Western Europe … but mainly to Switzerland,” said Burkans, describing one typical transaction.

Some clients were also taking advantage of a Latvian scheme granting a residency permit allowing them to travel freely throughout much of continental Europe – in exchange for depositing 280,000 euros in a bank for five years.

One state official, who declined to be named, said these clients generated profitable business for the banks, which were processing roughly $15 billion of payments a month during 2015.

Many officials who spoke to Reuters agreed that a lack of resources and lax enforcement of rules have made it hard to control the country’s financial system.

More than 200 million euros was taken out of Latvia last year in cash, bringing the total value of banknotes leaving the Baltic state to more than 750 million euros since the start of 2015, according to customs data seen by Reuters.

Since Washington singled out ABLV and rattled Latvia’s financial sector, the government has pledged tighter controls.

The U.S. accusations effectively froze ABLV out of U.S. dollar financial markets, a critical part of its so-called non-residential business whose loss ultimately led to its closure. The bank has denied wrongdoing.

It was an abrupt fall from grace for a bank that modelled its headquarters on a luxury hotel and displayed a gold bar worth $500,000 in its lobby, as well as modern art it planned to donate to a new museum.

Rivals have been hit too. Since the U.S. announcement on Feb. 13, ABLV’s rivals have lost up to 700 million euros of foreign deposits, leaving 6.6 billion euros in total, according to the country’s financial watchdog.

A government official who declined to be named said it was examining a “risk duty”, or levy, on banks doing business with customers whose identity was unclear. The government also wants to make it easier to withdraw banking licences and tighten curbs on taking cash out of Latvia.

“Quite a big share of these non-residents still come from shell or offshore companies, which are considered to

be the most risky ones,” said Finance Minister Dana Reizniece-Ozola.

While some politicians and bankers said Latvian lenders would continue to cater for Russia’s wealthy elite whatever the changes, others took heart from the planned reforms.

“When Latvia regained its independence, it was poor and corrupt, with gangs and mafia. I don’t see that any more,” said Jekabs Straume, who leads Latvia’s anti-corruption agency KNAB and is heading the investigation into the central bank governor.

“There is still corruption … but it’s improving. There is the political will to change.”

Unexpected things that will happen by 2050