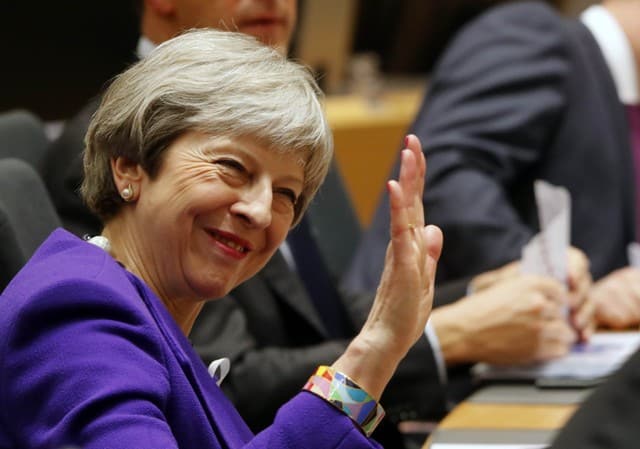 Several European governments moved closer on Friday to expelling Russian diplomats in a show of support for Britain, which ordered out 23 “undeclared intelligence agents” after a nerve agent attack on a former Russian spy.

In a boost for Prime Minister Theresa May, the European Union as a whole agreed late on Thursday to pin the blame on Moscow for the attack, which a judge in England said may have left Sergei Skripal and his daughter brain damaged.

That hardened up previous EU language on the issue as French President Emmanuel Macron and others helped May overcome hesitation on the part of some of Moscow’s friendlier states, some of whom questioned how definitive Britain’s evidence is.

In a symbolic move that displayed unity of purpose, the bloc also recalled the EU ambassador toRussia for consultations – a conventional form of diplomatic protest.

And in a sign that nations were prepared to go further to punish Russia, which denies any involvement in the attack, several EU leaders said on Friday they were considering expelling diplomats.

“What we will now consider in the coming days is whether we want to take individual action relating to Russian diplomats in Ireland,” Irish Prime Minister Leo Varadkar told reporters as he arrived at the second day of an EU summit in Brussels.

“So we would have to do a security assessment just like they (Britain) did … We’re not going to randomly expel people.”

Britain has been pressing for coordinated action against Russia after the Skripals were found slumped on a bench in the English city of Salisbury on March 4 in what was the first known offensive use of a nerve toxin in Europe since World War Two.

Some British officials were pressing other countries to expel diplomats after London told 23Russians to leave, a move followed by measures in Moscow, including the closure of Britain’s cultural centre in St Petersburg.

But first May had to convince others to back a tough statement saying that the EU “agreed” with her government “that it is highly likely that the Russian Federation is responsible and that there is no plausible alternative explanation”.

Both German Chancellor Angela Merkel and French President Emmanuel Macron, the EU’s power brokers, raised the prospect of further measures late on Thursday after expressing solidarity with Britain just days after the attack.

“I think that national measures will be applied already starting from next week,” she told reporters on Friday.

Other Baltic states, Poland and Denmark have signalled they could do so too, action that could sting Russia, which is preparing for the soccer World Cup in June.

But the deep divisions over how to handle Russia were again on show, with other, some smaller nations, saying they could not join a coordinated expulsion; some said they could ill affordRussian retaliation against their own Moscow embassies, some of which employ barely a handful of accredited diplomats.

Austria said it did not plan to expel Russians.

For May and her team, however, the show of support went above their expectations, keenly away that Britain’s departure from the EU has put strains on their relations.

“This is about us standing together to uphold our values,” May told reporters on leaving the summit in the early hours.

China urges US away from ‘brink’ as Trump picks trade weapons