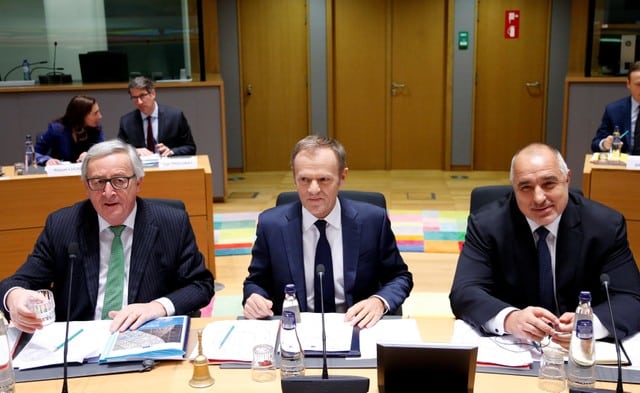 The European Union holds an uneasy summit with Turkey on Monday, when it is likely to provide Ankara with fresh cash to extend a deal on Syrian refugees but deflect Turkish demands for deeper trade ties and visa-free travel to Europe.

With the bloc critical of what it considers to be Turkish President Tayyip Erdogan’s growing authoritarianism at home and his intervention in Syria’s war, Brussels had hesitated to agree to the summit.

But host Bulgaria viewed the meeting at the Black Sea port of Varna as a rare chance for dialogue with the country that remains a candidate for EU membership despite years of stalled talks.

EU leaders also cited Turkey’s importance as a NATO ally on Europe’s southern flank and in curbing immigration to Europe from the Middle East and Africa.

“I am looking with mixed feelings towards the Varna summit because the differences in views between the EU and Turkey are many,” said European Commission President Jean-Claude Juncker, who will represent the bloc along with European Council President Donald Tusk.

“It will be a frank and open debate, where we will not hide our differences but will seek to improve our cooperation,” Juncker told reporters on Friday after a two-day EU summit that discussed Turkey.

At that meeting in Brussels, leaders condemned what they said were Turkey’s illegal actions in a standoff over eastern Mediterranean gas reserves with bloc members Greece and Cyprus.

But in a familiar pattern of public recrimination, Turkey’s minister for EU affairs, Omer Celik, said Ankara viewed the summit as “an important opportunity to move our relations forward” and that he expected “the same positive and constructive approach from the EU”.

EU money is likely to be forthcoming, but little else, EU officials and diplomats said.

The bloc is set to grant Turkey a second 3 billion euro ($3.7 billion) tranche to provide for the Syrians it hosts under a March 2016 deal to take in migrants fleeing the country’s war.

However, EU diplomats said that Erdogan’s invitation to Varna will come at the price of more sharp criticism from EU counterparts who say that Turkey has been backsliding on democracy and human rights since a failed coup in July 2016.

Some 50,000 people, including journalists, have been arrested while a further 150,000, including teachers, judges and soldiers, have been sacked or suspended from their jobs since the attempted coup.

“The meeting in Varna is likely to be one of the last opportunities to maintain dialogue,” said Bulgarian Prime Minister Boyko Borissov, whose nation holds the EU’s rotating presidency.

Despite the need for Turkey’s cooperation on security and foreign policy, the EU should maintain a tough line, said Marc Pierini, a former EU ambassador to Turkey, now at the Carnegie Europe think-tank.

“It’s quite tempting for EU politicians to go for a transactional relationship with Turkey, but Erdogan is not going to stop EU-bashing for his nationalist agenda,” he Pierini.