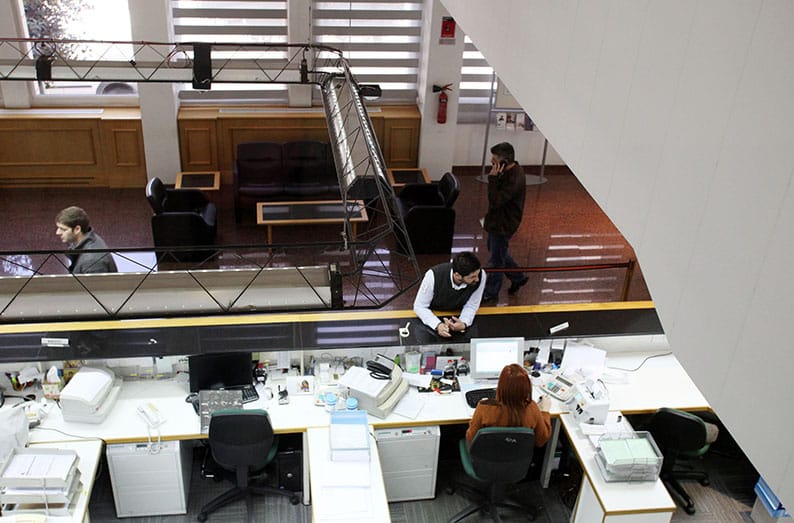 During hearings at the committee of inquiry probing the collapse of the Co-op Bank, it emerged that over 1,100 politically exposed persons (PEPs) had accounts with the lender and 623 of these were connected to non-performing loans

The Cyprus Cooperative Bank (formerly the Cooperative Central Bank) said on Monday that it is ‘looking into’ the writing off of part of a loan granted to the spouse of a state official after the case was brought to light by the auditor-general.

“We will be looking into it,” Yiannis Stavrinides, head of the bank’s Strategy and Communications Service, told the state broadcaster.

Stavrinides confirmed that some €40,000 out of total loan worth €110,000 had been written off for a person who is the spouse of a state official.

Politicians as well as their first-degree relatives are designated as Politically Exposed Persons (PEPs).

Stavrinides conceded the affair had not been handled in the proper way.

In cases where loans are granted to a PEP, these must be flagged as such and are handled at the highest level in the bank where greater scrutiny is applied.

But in the loan in question, the write-off had been handled at a ‘lower operational level’, said Stavrinides.

At any rate, he offered, the writing off of part of a loan is common practice in the restructuring of debts.

The case was highlighted by auditor-general Odysseas Michaelides during a recent session of the House watchdog committee.

There, Michaelides revealed that the co-op bank had marked down the loan despite a prior court ruling ordering the debtor to repay the debt in full.

Moreover, the bank did not place a lien on the person’s property against the loan.

It has also been reported that the loan in question was classed as non-performing, even though the debtor earns income and owns real estate worth millions.

The auditor-general moreover claimed that the co-op had refused to cooperate and give him access to the person’s bank account data when he was investigating the case.

It also emerged that the Central Bank of Cyprus had told Michaelides that the write-off was above board as it was part of a mediation process under the Financial Ombudsman.

However, Michaelides told MPs, when he spoke with the Financial Ombudsman the latter did not confirm this version of events.

The affair prompted MPs to demand a list – with names – of all PEPs who have received loans from the co-op.

This would be done to determine, among others, the loan amounts and under what circumstances they were granted, and also whether the loans were granted with sufficient collateral.