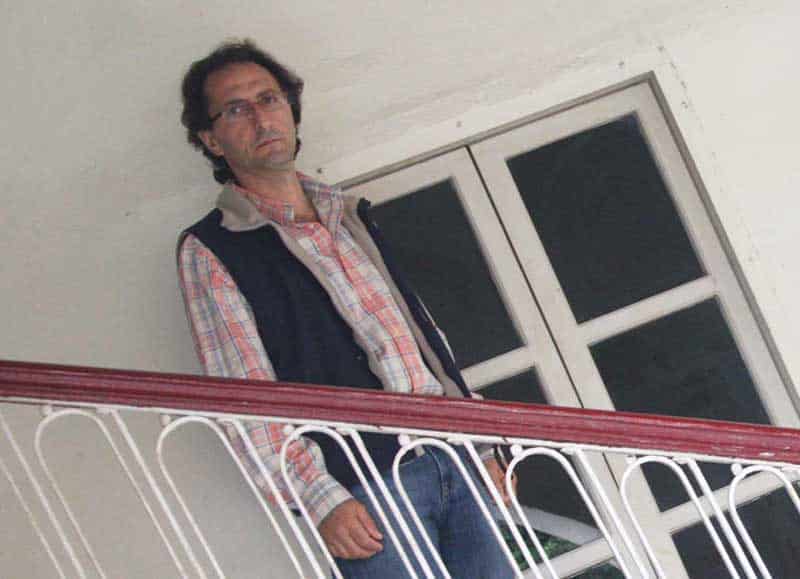 Head of the migrant support group Kisa Doros Polycarpou said on Tuesday he intends to sue Disy MP Andreas Kyprianou unless the latter publically retracts comments he made during a session of the House interior affairs committee on Monday.

At the committee, Kyprianou said that Polycarpou and his wife – a human rights lawyer – are making money off asylum seekers in exchange for legal advice on how to exploit loopholes in the system enabling them to prolong their stay in Cyprus.

The personal attack took place against the backdrop of a discussion in parliament on the status of the Kofinou reception centre for asylum seekers.

“Having made these allegations, supposedly in the form of questions, he [Kyprianou] then stat-ed that he was not bothered with hearing my response,” Polycarpou said.

The activist said he will shortly be sending a letter to the Disy MP with data on his personal assets and income disproving the notion that he is profiting off the back of migrants.

If Kyprianou does not then withdraw his remarks and issue an apology, Polycarpou said he will consider taking legal action.

Polycarpou told the Cyprus Mail he views the attack as part of a broader smear campaign against himself and the NGO he heads.

“I have been receiving the same salary from Kisa since 2007, and I am willing to make this in-formation public at the appropriate time,” he asserted.

As for Kisa, Polycarpou said the organisation has consistently issued annual audited accounts since its inception, even though it was not previously obliged to do so.

It was only this year that a law was passed mandating that associations and NGOs with a budget of over €40,000 must publish audited accounts.

“We have nothing to hide,” he added.

Polycarpou brushed away claims that his wife was using his own connections as an ‘in’ with migrants and asylum seekers.

“The opposite is true, she has done a lot of work pro bono. And this despite the fact that the relevant law, after it was amended, prohibits lawyers in Cyprus from doing pro bono work.”

By law, working without charge is deemed a disciplinary offence for lawyers. The rationale be-hind the prohibition is that it was a form of soliciting.

In spite of this, Polycarpou said, his wife continues to offer pro bono services and has declared this in court.

In Cyprus, lawyers are obligated to charge specific rates as well as minimum fees for services rendered.

On the matter of the Kofinou centre for asylum seekers, Polycarpou said Kisa has serious res-ervations about a draft bill recently submitted by the ministry of the interior.

The bill proposes to grant the head of the Asylum Service the authority to delegate to “whom-ever he considers appropriate” the authority to establish and operate/administer reception cen-tres for asylum seekers.

“In principle, we do not object to the privatisation of these reception centres. But the law should explicitly state to whom these powers are delegated, and under what criteria – both of which are now absent from the text of the legislation. In this way, we feel there is no legal ac-countability for the entity who would operate the centre.”

Polycarpou suspects that the state Asylum Service is seeking to offload responsibility for Kofi-nou due to the documented problems there.

Living conditions – particularly sanitation – have been less than adequate.

“In the past, they tried – unsuccessfully – to give operation of Kofinou to the Group 4 security firm. Perhaps this is a redux,” Polycarpou said.

“And we have seen the disastrous results of privatising prisons, in Britain for example,” he added.
The state-run Kofinou centre opened in 2004 to host a maximum of 120 people. A decade lat-er, in 2014, the authorities increased its capacity and today the facility can be home to as many as 400 people.

Refugees and asylum seekers reside there as they wait for a decision to be made on their asylum claims. But without a specific time limit on their stay, many end up living in the centre for sev-eral months, or even years.

Teachers to enter into dialogue with ministry after strike