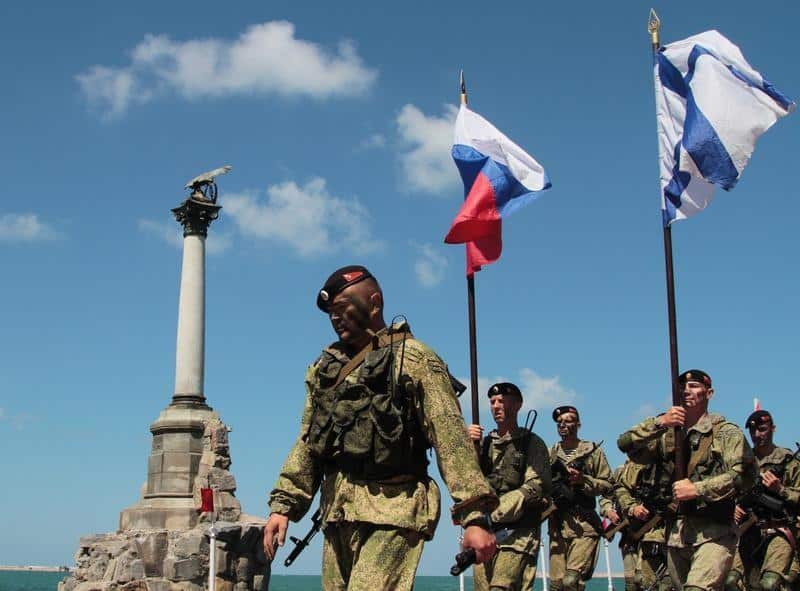 FOUR years ago, after the so-called referendum in Crimea in March 2014, which took place under the conditions of military occupation of the peninsula by the Russian “green men,” the Kremlin continued its aggressive war of conquest of an even larger area of Ukraine – practically the entire southeast of the country, calling this plan for the division of Ukraine ‘Novorossiya’.

According to the plans of Moscow strategists, the southern and eastern regions of Ukraine including Odessa, Nikolayev, Kherson, Dnipropetrovsk, Zaporizhzhya and Kharkiv were supposed to rebel against the Kyiv and declare themselves a new state entity named ‘Novorossiya’ which, like the annexed Crimea, should have been immediately joined to the “mother Russia”.

But it did not work that way. Kremlin dreamers did not take into account one fundamentally important circumstance. Then as now, they do not understand that the Ukrainian people finally got rid of the chains of inferiority and stepped onto the irreversible path of sovereign development and building of a democratic, prosperous, civilised society. Instead of the bizarre ‘Novorossiya’, Russia’s actions had led to the self-proclamation of two pseudo-state entities – ‘Luhansk People’s Republic’ and ‘Donetsk People’s Republic’ in the occupied areas of Eastern Ukraine, which are recognised to be terroristic organisations.

Because of their inexpediency, these pseudo formations are not recognised neither by the world community nor Moscow itself. It is very sad that all those people, Ukrainian citizens who live in this region, suffer as a result of the military conflict. But we believe that recovery is inevitable and their return to the state system of Ukraine is only a matter of time.

Therefore, the term ‘Novorossiya’ is no longer mentioned in Russian foreign policy lexicology, since it is a testimony to the complete failure of Russia’s aggressive policy in Ukraine and shining example of an ill-considered short-sighted policy towards a geographic neighbour.

The use by Moscow of its armed forces against the sovereignty and territorial integrity of Ukraine is a classic case of aggression. Therefore, on January 18, 2018, the Verkhovna Rada of Ukraine adopted the law ‘On Peculiarities of State Policy on Ensuring State Sovereignty of Ukraine on the Temporarily Occupied Territories in the Donetsk and Lugansk Regions’ which officially defined Russia as an aggressor state. It is based on the UN General Assembly Resolution No:3314 (XXIX) ‘Definition of Aggression’.

The adoption of the new law was prompted, inter alia, by the absence of the Kremlin’s political will to implement even the basic provisions of the Minsk Agreements. Ongoing Russian military activity the occupied territories of Ukraine is the only source of any escalation. The Kremlin demonstrates a blatant disregard of each and every point of the Minsk agreements. Russia has deployed strong military force in Donbas and regularly sends new troops, fuel, weapons and ammunition using uncontrolled sections of the Ukrainian-Russian state border.

The new legislation is fully in line with all international obligations of Ukraine including the Minsk Agreements. The law creates all necessary conditions for the peaceful reintegration of the occupied territory. It defines a clear strategy on Donbas: peaceful resolution – reintegration – rehabilitation. At the same time, the law contains a clear reference to the inherent right of self-defense according to the Article 51 of the UN Charter. The previous offensive operations by the Russian forces (Ilovaysk-2014, Debaltseve-2015, Avdiyivka-2017) make this reference absolutely pertinent. I am very sure that the law will bring closer peaceful settlement of the issue as well as create necessary preconditions for de-occupation of the areas of Donbas.

It is also important to stress that sanctions imposed by western countries are becoming a significant deterrent for the Russian side in the context of escalating aggression against Ukraine.

Ukraine appreciates solidarity that the EU has been demonstrating in the past four years since the Crimea occupation and against the aggression unfolding in the Eastern regions of Ukraine.  However, in breach of EU sanctions, Russia is taking every effort to integrate Crimea into its legal and economic frameworks, in particular by holding so-called “elections” and “economic fora”, enhancing gradually energy and military capacities of occupied Crimea.

Using certain loopholes in the EU sanction policy, bypassing relevant restrictive measures or even insolently violating them, Russia tries to involve European business and politicians into legalising its occupation. This is another example of the Kremlin’s aggressive plan against Ukraine, but this time with the use of strong propaganda outside Ukraine. Fortunately, the truth is on our side and like the project ‘Novorossiya’ this propaganda project, part of a hybrid war being waged by Russia against Ukraine, will also fail. 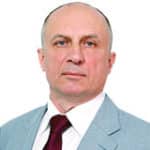 Boris Humeniuk is the Ukrainian Ambassador to Cyprus