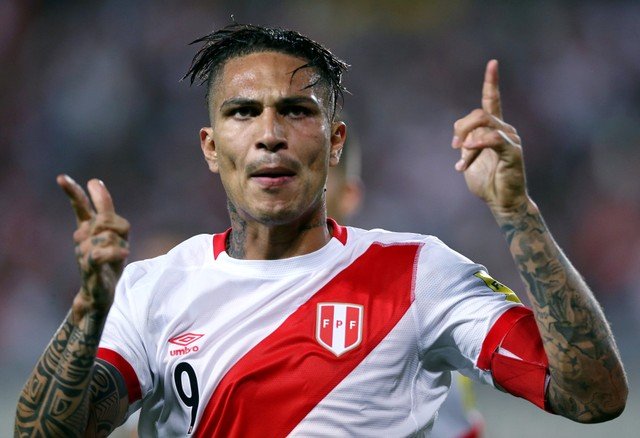 Peru captain Paolo Guerrero was cleared to play at next month’s World Cup after a Swiss court on Thursday agreed to temporarily lift his doping suspension while it considered his appeal against a 14-month ban.

In the latest twist to a long-running saga which has kept the Andean nation on tenterhooks, the Swiss Federal Tribunal acknowledged that it would be harsh for Guerrero to miss what is likely to be his only chance to play at the tournament.

“The President of the court took into account the setbacks of all types that the appellant, already aged 34, would suffer if (he) was prevented from participating in a competition that will be the culmination of his career as a footballer,” it said in a statement.

It also recognised that Guerrero, who tested positive for a cocaine byproduct — contained in a tea he drank — in October, “did not act intentionally or with significant negligence.”

The court, the last course of appeal in the sporting judicial system, said it would consider the merits of the appeal itself once it had the full reasoned decision from the Court of Arbitration for Sport (CAS) which imposed the ban earlier this month.

Guerrero, who will almost certainly not have had another chance to play at the World Cup even if Peru qualified again, is now free to lead his country in their first appearance at the tournament for 36 years.

They face France, Australia and Denmark in Group C at the finals which start on June 14.

Guerrero said in a statement issued by his lawyer that “justice has been done, at least partially”, and said he would continue the fight to clear his name.

He thanked the “millions of compatriots who have united with me, in thousands of different ways but with one common denominator; their undying affection.”

Guerrero has been on an emotional rollercoaster since the positive doping test following a World Cup qualifier away to Argentina in October.

He was initially given a 12-month ban, starting in November, by soccer’s world governing body FIFA, which ruled him out of the World Cup. That was reduced to six months on appeal, putting him back in the tournament.

However, less than two weeks after the six-month ban ended in May, the Court of Arbitration for Sport (CAS), sport’s highest tribunal, increased the ban to 14 months, again ruling out of the finals.

That decision followed an appeal by the World Anti-Doping Agency (WADA) which considered six months as too lenient.

Guerrero has said that benzoylecgonine, a metabolite of cocaine, was found in his system because of a herbal infusion he drank that was contaminated with coca leaf, an ingredient in cocaine which is also widely used as a non-narcotic traditional remedy in South America.

The world players’ union FIFPro and the captains of Australia, Denmark and France backed Guerrero, pointing out that CAS itself recognised that he did not seek to gain an advantage.

FIFPro said it was delighted with the result but added: “It is unfortunate that he has to endure such a protracted legal wrangle that is still not over.”