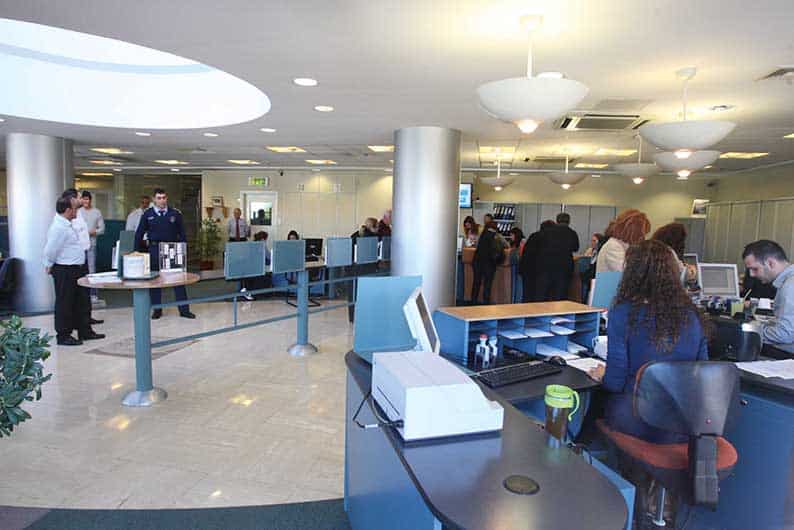 THE European Stability Mechanism (ESM) has added its voice to those who fear that a government scheme designed to assist vulnerable households whose primary residence may be at risk poses a moral hazard and has urged the state to tighten criteria.

The scheme, named Estia, or ‘home’ in Greek, enables households and small and medium-size enterprises (SMEs) which have non-performing loans with primary residence worth of up to €350,000 as collateral, an annual income of up to €50,000, and net assets worth up to 125 per cent the value of their home (e.g a household with a home valued at €350,000 and other assets valued up to 125 per cent of that, which is €427,000 is still eligible for this scheme) to benefit by having one third of their monthly loan repayment subsidised by the taxpayer.

The scheme also aims at reducing the high stock of bad loans, which although reduced, is still high, posing a serious risk.

However, given the state’s lacking law enforcement, the populism, and the poor payment culture, experts suggest the scheme will eventually see those who strive to meet their obligations saddled with the financial burden, not only of vulnerable groups, but also of strategic defaulters.

“Improving the payment culture needs to remain the government’s overarching priority,” the ESM said on Friday, in a staff statement following the fifth post-programme surveillance mission to Cyprus. “In this context, the mission stressed that the final design of the Estia scheme should mitigate moral hazard risks and fairness issues. It will therefore be important that eligibility criteria are tightened and that, should there be re-default, foreclosure will be promptly initiated.”

George Markides, a senior consultant at consulting firm MAP S. Platis, did not pull any punches in his verdict of the scheme.

“The Troika identified the glaring flaw of the Estia plan that had economy pundits riling since its details were announced,” he told the Sunday Mail. “By design or by accident — it doesn’t matter – Estia, as envisaged, rewards the strategic defaulters and delinquent debtors who could but did not pay their mortgages.”

Markides said this was the behaviour that “greatly contributed” to the collapse of Laiki and the Co-op banks, and the bail-in of deposits at Bank of Cyprus.

“It should be stated that this delinquent behaviour was assiduously cultivated, nurtured and promoted by populist politicians across the political spectrum, who recklessly believed that they could reap political benefits with the taxpayer footing the bill,” he added.

The same views are more or less shared by other experts who have highlighted the scheme’s flaws extensively since its announcement back in July.

Rennos Ioannides, financial analyst and licensed insolvency practitioner, says Estia is definitely needed but the current version is not fit for purpose.

In an article earlier this month, Ioannides argues that the scheme has totally missed its overriding objectives and has been derailed from its underpinning principles.

“It seems to have been set up haphazardly, it gives a shield to wealthy strategic defaulters, it leaves truly deprived households out in the cold. Although this is a nation-wide issue which affects all strata of our society, directly (eligible borrowers) or indirectly (taxpayers), it has not been openly and transparently discussed as it should.”

“That would be extremely important to do, because I think it is very clear that the family of six will have higher reasonable living expenses compared to the household of a single professional person.  So that is the first thing it should be doing, both in terms of income and in terms of the value of the primary residence.”

From then on, Ioannides said the value of other assets must be reduced substantially as the 125 per cent criterion on the market value of the primary residence was way too high.

“And then thirdly, there is a big chunk of the population, who may be eligible for this scheme, but will not be able to cover the two thirds of the re-scheduled loan instalment,” he added.

To drive his point home, Ioannides offers an example of a typical strategic defaulter who could take advantage of the scheme.

Associate professor at UCy, Andreas Milidonis likened ESTIA to a bank bail-out instead of a social scheme.

How the taxpayer will subsidise strategic loan defaulters 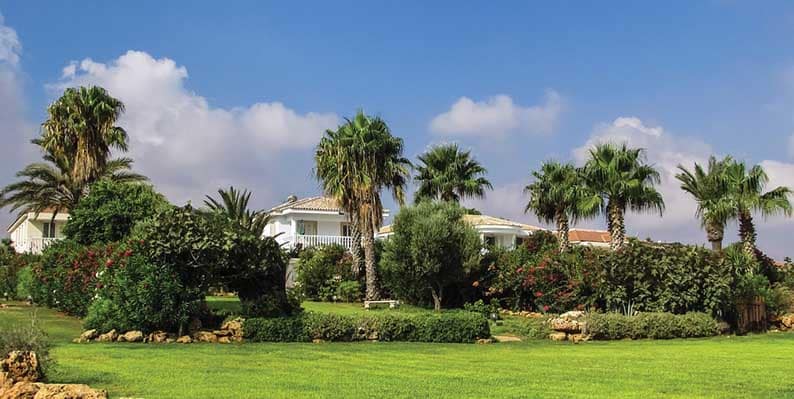 What are the problems?

What the government is trying to achieve with this scheme is to assist, support, and protect vulnerable households who have actually mortgaged their houses for their loans.  There are mainly four criteria.  The first one, a household must have a declared gross income of €50,000 to be eligible; second, their primary house, which is mortgaged, must have a maximum market value of €350,000; third, these households are allowed to have other assets with a net value of up to 125 per cent of the value of the primary residence.  This in effect means that a household with a home valued at €350,000 and other assets valued up to 125 per cent of that, which is €427,000, is still eligible for this scheme.

Where does that put people, who have got two houses?

These people are still eligible for the Estia scheme. And what’s even more important is the net value definition of other assets.  Net value being the gross value of the other assets minus any loans they have on those assets.

It sounds like the more loans you have out, then the more likely you are to get help?

What do we mean by this scheme? Because it is the taxpayer picking up some of this loan.

Have they gone along with this?

They are, because this amount has already been provided for in their accounts, even more than that actually.

Why don’t we all go out and mortgage our primary residences and get loans?

Because this is not going to happen again, they say.  That’s what they claim.  It’s once and for all scheme.  But, in effect this is what is going to happen.  The loans will be written down to the market value of the primary residence and then the borrower will have to be paying two-thirds of the re-scheduled loan every month and the taxpayer (the state) is going to subsidise the one-third of the monthly installments on that re-scheduled loan.

What happens if some enter this scheme and don’t pay every single month?  Is there a penalty?

Yes, the scheme ceases to be valid and the bank will have to foreclose on the property.  But all these people, who will take advantage of this scheme, assuming that they will keep up with repaying their re-scheduled loans, will have already benefitted from the write-down of the loan, and will have one-third of their monthly installments subsidised by the taxpayer.

What this scheme does not do, is consider the actual structure, the actual size of the household.  It just says, an annual gross income of €50,000, irrespective of whether that includes six people within the household, or just one person.

Yes.  It’s the household income.  It means the household income.  So, one of the examples I have given is a young professional, who has his own practice, and he declares an income of up to €50,000.  That person is equated with a family of six, four dependent children and one husband, who is employed, and an unemployed wife.  And the two households are exactly the same for the purposes of the Estia scheme.

What if you are aware of any checks that are going on into for example these single professionals and what tax they may be declaring?

Every borrower, who will want to join the scheme, will have to declare his income and his assets, all his assets.  And those assets can actually be cross-checked with the Land Registry Office or the motor vehicles office, etc.  When it comes to the income though, it is just an income declaration.  It’s not a tax clearance certificate, it’s the declared income by each borrower, which cannot actually be corroborated in any other way.

How do you think the Estia scheme should be tweaked for purpose?

So that amount should come down.  I mean, the 125 per cent criteria on the market value of the primary residence is way too high.  I would have it in an absolute number say €100,000 in other assets.  And then thirdly, there is a big chunk of the population, who may be eligible for this scheme, but will not be able to cover the two-thirds of the re-scheduled loan installment.

Tales from the Estia wilderness

The following short real-life-like tales give a taste of whether the ESTIA scheme does indeed fulfil its mission.

They tell me that I’m eligible for Estia!

Hi!  My wife and I are both private company employees earning between us €30k, we have a €150k loan for our reasonably sized apartment, and we also have two mid-sized cars.  Although we struggle with our everyday finances, we have never missed a payment on our loan.

They tell me that we are not eligible for Estia!

Hi!  I’m the father of two young children, my wife is unemployed since 2013, I earn €36k a year from my paid employment.  We have two second-hand cars and we live in a €200k semi-detached three bedroom house which we bought back in 2011 with a loan of €220k; since then we have managed to reduce the loan to €180k.

We haven’t been on holiday for the past 3 years and we have cut down on a number of expenses so as to keep up with our loan which was restructured in 2015. We have made ends meet so far and have been keeping up with the new payments.

They tell me that we are not eligible for Estia!

Hi!  I’m the father of three young children, my wife and I have been unemployed since 2013.  I do the odd job here and there just to get enough to feed my family … some of the time; for the rest of the time we depend on family and friends.

We live in a three-bed apartment which is valued at €150k. I haven’t been able to pay anything towards my loan since 2013 although previously we were duly paying.

They tell me that we are not eligible for Estia!  Although we fulfil all criteria, we are currently unable to pay any instalments towards any loan, so Estia is not applicable to us.

They also tell me that there is no social housing scheme, no mortgage-to-rent scheme, nothing of the sort coming from the state, for families like us. Is it foreclosure and homelessness for us then.

Tales from the Coffeeshop: On a mission to become the country’s sweetheart