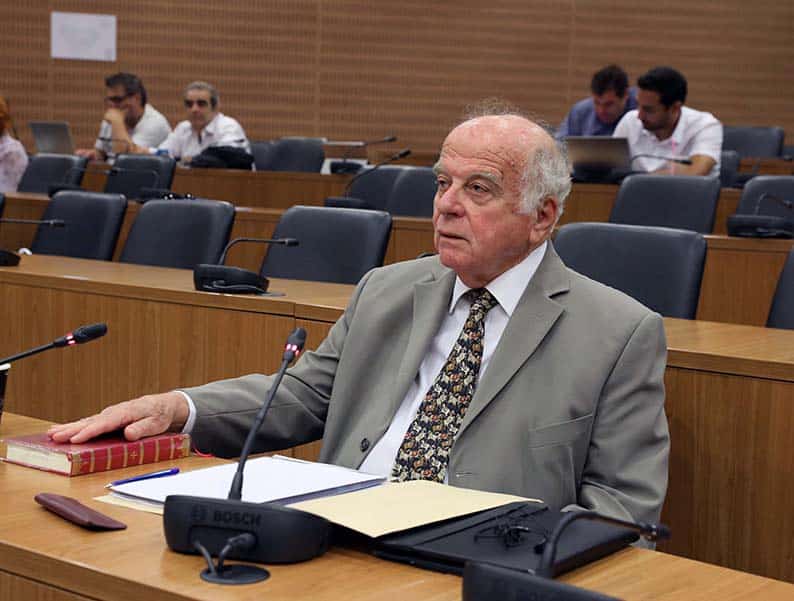 NOT even God himself could remove political parties from co-op banks, former minister Nicos Rolandis said on Friday, describing the sector as a chronic patient controlled by friends and relatives with political backing.

Rolandis, who was commerce minister between 1998 and 2003, testified at an inquiry on Friday that the co-op sector was ‘sick’ from 1960 onwards, when the island gained independence from the UK.

“The co-op sector was a chronic patient. From 1960 onwards, the co-op was sick. It had no real supervision,” Rolandis said.

Before 2013, the year when the island sought a bailout, co-ops were under the supervision of a department under the commerce ministry.

Co-ops were bailed out by taxpayers to the tune of around €1.7bn but the administration appointed by the government failed to work things out and it collapsed earlier this year. Certain parts have since been acquired by Hellenic Bank for €74m.

Rolandis said it was a difficult task to supervise 362 co-op banks and 103 companies, which were located in small communities and controlled by committees made up of friends and relatives and backed by political parties.

“It was common knowledge that large co-op banks were controlled by parties,” the former minister said.

He told the three-member panel that no one could remove parties from the co-ops.

“Not only Rolandis, even God himself could not remove parties from the co-op sector. Parties were part of its flesh.”

He said he had hoped EU accession would correct problems but that too proved to be an exercise in futility.

“Unfortunately, the wrong course continued and we arrived here,” he said. “Certain people were given unlimited authority at times to lead, control, and manipulate the co-op movement.”

The sector had been in trouble before, Rolandis said, going through a serious crisis during Cyprus’ stock market bubble in 1999 when people started withdrawing savings to buy shares.

The co-ops were saved after people realised it was wrong to invest in shares, he added.

In his second testimony to the co-op probe on Friday, Financial Ombudsman Pavlos Ioannou testified as regards the overcharging of customer accounts. In late 2017 or early 2018 the Co-op Bank admitted that it had made errors in interest rate calculation concerning customer loans for the period 2008-2013. The errors had resulted in customers being charged with interest rates higher than the base rate. The error concerned approximately 11,000 accounts, to the aggregate amount of €125 million.

“but preferred the profit instead of correcting the error”.

Ioannou was the person who brought the issue to light after receiving complaints through an MP.

Ioannou said he had asked to testify again on the basis of a new internal audit report containing fresh information about the issue.

He said the report’s findings showed that in the audited accounts of 2014 and 2015 specific co-operative credit institutions, had provisions totalling €13 million for possible indemnities, noting that the problem was also known to the decision-makers of these co-ops.

“This is a very important issue that has been known for two years but no measure were taken to compensate their customers at a particularly critical time when co-operatives faced tremendous problems due to the economic crisis,” he said.

Asked by the committee if the mistake was known in all or some of the co-ops involved, Ioannou said that the problem was known in several, mainly in the bigger ones, according to his information. He said the consequences on the Co-op would have been less in terms of paying that money back if the errors had been corrected at the time it was noticed.

“If they were going to do it then it would have been at a much lower cost and much less painful,” he said.

Asked why he thought the mistake was not corrected earlier, Ioannou said: “There was a suggestion that a general correction should not be made because it would create a bad impression.”