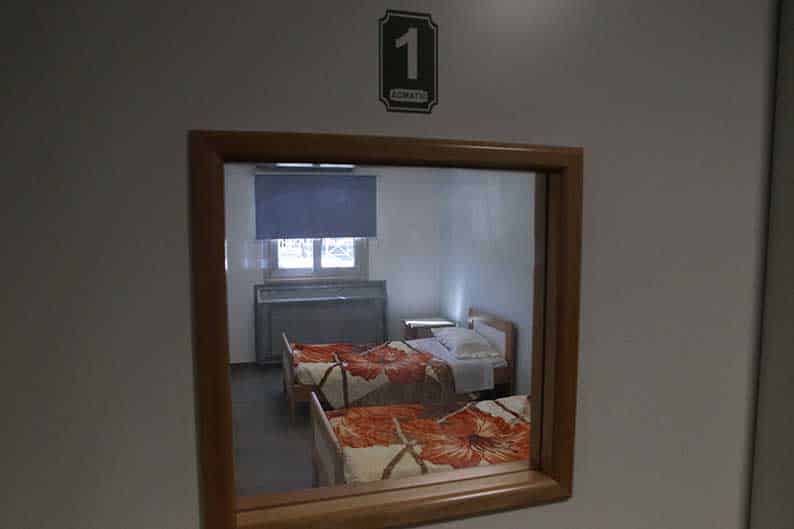 A room at Athalassa psychiatric hospital

The father of the nine-year-old girl who was stabbed and killed by her 13-year-old brother last week in Larnaca said on Thursday that authorities were fully aware of his son’s mental illness but did nothing to avert the tragedy, despite his warnings that his son needed help.

Almost 10 days after the tragic event, the father made a desperate plea on social media – in an 18-minute video – for anyone “who had the heart and power” to put pressure on authorities to make those whom he said let the situation escalate to answer to the law.

The 13-year-old boy killed his nine-year-old sister after stabbing her 15 times in the afternoon of November 6 in Larnaca and has been admitted to the Athalassa psychiatric hospital in Nicosia. The boy stabbed his sister with a kitchen knife during an argument. A post mortem has revealed the little girl was stabbed 15 times, four of the stab wounds were to vital organs. The father at the time was at work. He arrived home around an hour after the incident to find the girl in a pool of blood. The girl was rushed to the Larnaca general hospital where she was pronounced dead on arrival.

“I lost two children. That beautiful girl is now an angel in the heavens, he is in hospital, out of his mind, doesn’t know what to do,” the father said.

He accused state services of deliberately diagnosing his son with a mild form of mental illness, despite his warning that the boy had serious issues and could not be left unattended, to spare the state an additional amount of money per month.  He did not specify the nature of his son’s condition.

The man said that doctors saw his son three times. As he had no money to take his son abroad for treatment, he asked the doctors monitoring his son for verification that the boy needed supervision so that he could stay at home to take care of him.

Instead, he said, they gave him written reassurances that the boy did not need supervision and could be left at home unattended. “He was diagnosed with a mild form both the doctor and psychologist said the same.”

This meant he was not eligible for additional welfare payment. Had the boy been diagnosed with a serious illness, he would have received extra money so he could stay at home and look after his children.

Now, he said, his daughter was dead, while those in charge carry on with their lives and continue to earn their fat salaries, despite not being efficient in their job.

The father said his son had been ill since he was a young child and had not had a good life because he spent all his school years “in the unit”. The Cyprus Mail understands that he was referring to the special education unit located within schools. He said that his son had an escort in school following him everywhere.

“I had informed them of his behaviour, and had given them the green light to do what they wanted to help him. I never told them not to place the child in the unit,” he said.

The man said that he repeatedly told state officials that his son wasn’t well and that “in school he was angry”.

“They knew this, the school psychologists, psychiatrists, everyone around here knew of this, and they did nothing.”

The reason he could not supervise his children all the time, he said, was because he had to work. He said he has been raising his children alone for the past eight years.

He said his family’s regular income was €230 per month in Guaranteed Minimum Income payment and €360 coming from another source.

“Who can live on that money for a full month?” he asked.

The man said that in the past two years “no one came to my home to ask, nor government or (welfare) office, to ask if I wanted help.”

He said he released this video, “for those who have a heart and have the power to look into what led to my tragedy.”

To-date, he said, no-one asked him what went wrong, “no-one wants to know. Everyone wants to wash their hands off this tragedy, I believe because they don’t want people to know the truth.”

The man said that if he didn’t speak up, it would be like his daughter died for nothing.

For as long as he lives, he said, his purpose will be to shed light on the case, because “the other child (his son) was ill.”

“My heart is broken, tomorrow you could be in my shoes. Today it was my children, tomorrow, it could be yours,” he said.

US sanctions 17 for role in killing of Saudi journalist Khashoggi