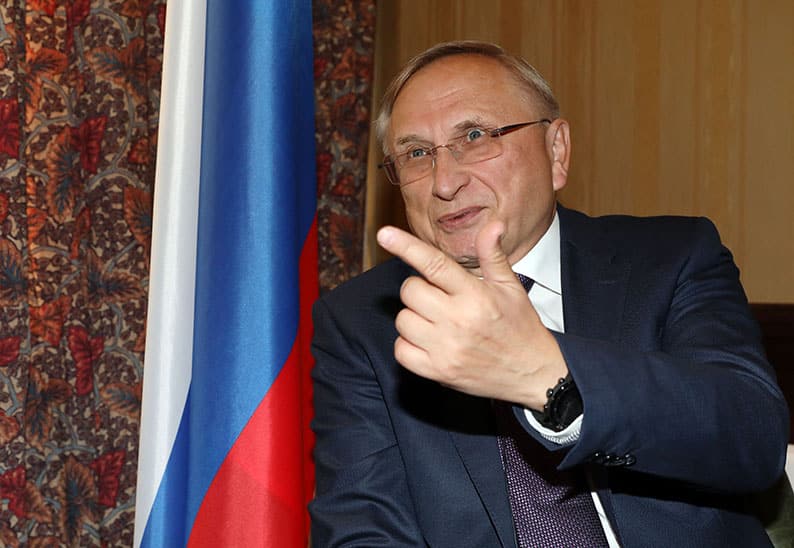 Russian ambassador to Cyprus Stanislav Osadchiy said Friday that EU sanctions against his country and a Central Bank of Cyprus (CBC) crackdown on shell companies have led to the closure of thousands of bank accounts belonging to Russians and the departure of companies from the island.

The EU sanctions and “the CBC campaign to locate and close so-called shell companies have led to the closure of tens of thousands of bank accounts belonging to Russian customers in Cypriot banks while some large Russian companies have already left the island or are planning to do so.”

Osadchiy expressed hope that the obstacles in the relations between the two countries would soon be overcome.

Despite Cyprus’ crackdown on money laundering, which has seen thousands of accounts closed by the banks, Moscow has also been trying to repatriate Russian capital deposited or invested abroad.

According to a recent report in the Financial Mirror, Russian President Vladimir Putin has personally taken on the campaign to repatriate Russian capital through incentives, as part of his plans to revitalise the economy.

However, Putin’s efforts do not seem to have borne fruit as according to a study made by Frank Research Group (Frank RG), two-thirds of Russia’s millionaires and billionaires’ capital is still outside the country.

According to the study, Cyprus is the only country to have lost out compared to other competing countries (Luxembourg, the Netherlands, the Bahamas, Bermuda, Virgin Islands).

According to the latest updated data from the Central Bank of Russia, quoted in the study, Cyprus has seen €10bln of Russian money being repatriated over the last 15 months.

This is capital belonging to companies registered in Cyprus, most of which potentially has Russian interests, and were transferred to Russian entities.

A deeper look into the world of mosaics