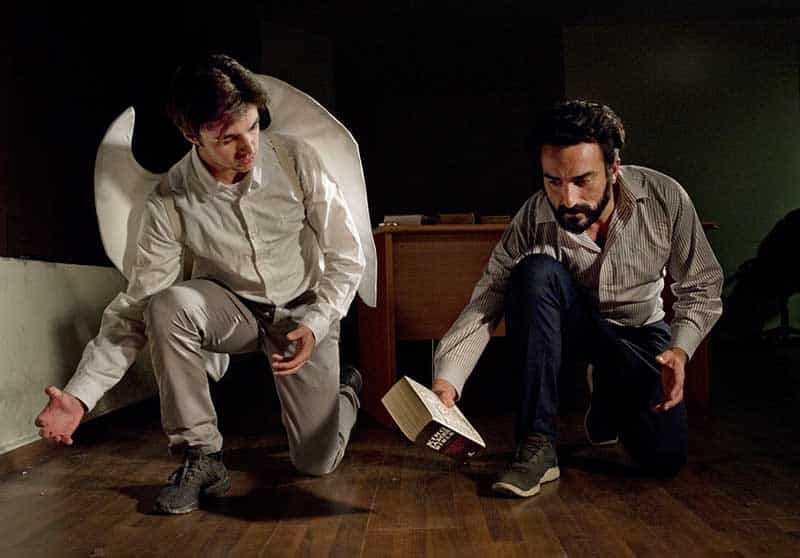 Stabbed to death in a pub brawl at the age of 29, atheist, homosexual, state spy: Christopher Marlowe’s life is as incredible as some of his great on-stage creations, not least Dr Faustus.

Whether reality matches this legend is another matter. Marlowe was arrested for having atheist views but was murdered before he could clear himself. He was reported as saying ‘all they that love not Tobacco & Boies were fooles,’ but quite where this rumour came from is unclear and sexuality was a lot more fluid in Elizabethan England than many might imagine. A letter from the court of Elizabeth secured Marlowe his MA from Cambridge by excusing his absences from college because he was busy with ‘matters touching the benefitt of his Countrie’; a possible acknowledgment of his secret service work. His life is a tantalising mystery, but we can certainly dismiss one rumour about him: that the death in Deptford was faked, he was spirited away to the continent and there wrote the plays that have long been attributed to Shakespeare.

The particulars of Marlowe’s life may never be untangled. What is certain is the plays he left and their lasting influence, including The Jew of Malta, Tamburlaine the Great, Edward II (which many claim to the be the first sympathetic take on same-sex relations in English literature) and, of course, Dr Faustus.

The story of Dr Faustus is simple. He has mastered all the known intellectual arts and so turns to a study of the Occult. He strikes a deal with the devil, via the sprit Mephistophilis, and enjoys 24 years of ‘all voluptuousness’ with magic powers and Mephistophilis at his beck and call. When his time is up, Lucifer calls in the debt and Faustus is hauled off to hell. The bare outline of the plot doesn’t really do the play justice. Marlowe’s genius though takes this rough outline and creates two outstanding characters: Mephistophilis – the servant of ‘great Lucifer’ – and Faustus himself.

Mephistophilis (played by Jill McDonald) is not some two-dimensional tempter. She was once the brightest of angels, who fell with Lucifer when he was cast out of Heaven. It’s impossible not to hear a note of regret when she remembers the ‘joys of heaven’ in the presence of God, and even more so when she claims that ‘this is hell nor am I out of it’. Everywhere is hell that is not within the grace of God and she carries that hell with her wherever she goes.

Faustus (David Dimitriou) is no less complicated a figure, and is arguably one of the first fully-rounded characters to appear on the English stage. He has devoted his life to learning – from theology to medicine, to classical philosophy – and he is driven to know still more. Haunted by the idea that he is ‘but a man’, he thinks the Occult will unlock the secrets of knowledge. His error is fatal, and eternally so. In some of the most extraordinary speeches of the era, he lurches between good and evil, grace and despair. His rational mind tells him that hell ‘is just a fable’ even while Mephistophilis stands before him as proof that hell is very real indeed.

We have long been attracted to stories of pride coming before a fall, of a rebellion that leads to disastrous consequences. Faustus firmly belongs to this tradition. But what does this play of devils and angels, hell and heaven, hold for the 21st century?

Our production is in modern dress while keeping Marlowe’s original lines, so we certainly think the play still has relevance. A man dealing with his own soul (even if some of us might not use that word any more) is always going to be relevant, but there is more. As director, I was drawn to the relationship between knowledge and power – a theme as important today as it was to the Elizabethans. By pursuing prohibited power, Faustus gains wealth and fame, which are as sought after today as they were then. He seems to gain influence too, being called to demonstrate his art before the Emperor, who in our production is the head of a tech company. Does Faustus with all that knowledge gained at the price of his soul just end up as a tawdry bit of entertainment for those who have real power?

Marlowe’s Dr Faustus was written during a period of rapid developments in what we now call information technology. What the spread of the printing press did in the 16th century so the internet has done in our own time. Knowledge has never been more available, and yet there is perpetual concern about what kind of knowledge is being acquired. It is knowledge – how it is used, and the price we are willing to pay for it – that lies at the heart of Marlowe’s and our Dr Faustus.