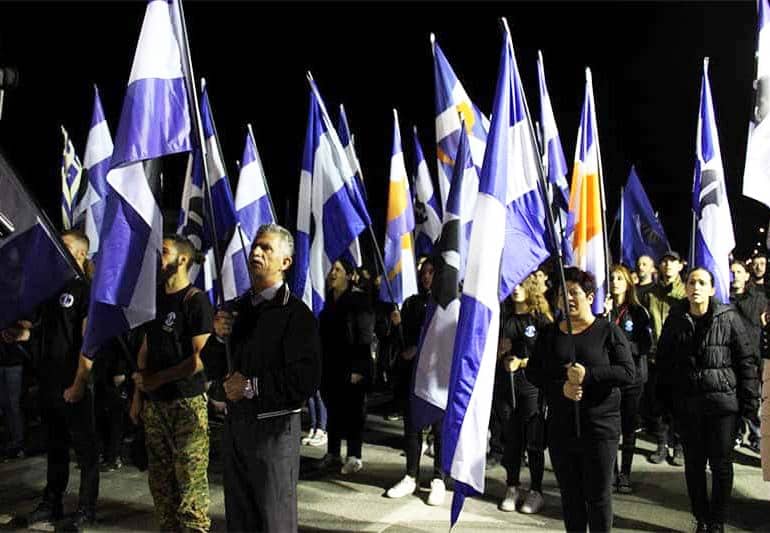 The Helleno-centric and anti-federation supporters accounted for 19.5 per cent of those surveyed

The recent talk of pursuing a ‘decentralised’ federation for Cyprus as mooted by President Nicos Anastasiades appears to have shifted attitudes among some Greek Cypriots in favour of a bicommunal bizonal federation (BBF), according to a University of Cyprus professor.

Charis Psaltis, associate professor of Social and Developmental Psychology at the university, whose most recent study had looked at the four different attitudes of Greek Cypriots on the solution of the Cyprus problem, revisited the work in light of recent developments.

In the original survey, the dominant group, 43.1 per cent of the 811 Greek Cypriots surveyed, while they viewed the single state as an ideal solution, were ready to accept federation as a compromise and explicitly rejected the two-state solution.

“Ongoing research suggests that [recent] discussions about confederation or even a two-state solution in fact increased support for a BBF even further, either as an ideal, or a solution of necessity,” Psaltis said. He also noticed reduced support for a unitary state since his survey 11 months ago.

“Such changing trends could be interpreted from the perspective of ‘prospect theory’,” said Psaltis.

“Many Greek Cypriot supporters of a unitary state would come to realise that the real options for them are not between their ideal solution of a unitary state and the compromise of a BBF but between, on the one hand, a costly permanent partition which would entail no Unficyp in the buffer zone, constant tensions with Turkey over gas exploitation, complete demographic change of the north, and on the other hand a compromise of a BBF.”

Prospect theory would predict, he added, in this case that many people faced with a dilemma of this nature would choose the compromise solution in order to avoid the costs of permanent partition.

The same group, he said, according to another similar survey in April 2017, before the talks at Crans-Montana, was ready to vote in favour of a plan that would ensure that Turkey would not intervene in any way in the new federal Cyprus and expressed positive feelings towards the Turkish Cypriots, feelings of trust and readiness to live together.

“However, after the collapse of the talks and the presentation of the collapse by the Greek Cypriot side that this was all because of Turkey not letting the Turkish Cypriots manage their own affairs together with the Greek Cypriots, they are now more undecided and distrustful of the Turkish Cypriots who they view as co-responsible with Turkey for the collapse of the talks to the extent that they were not differentiated from Turkey in Crans-Montana,” Psaltis said.

In the original study, the same group had maintained a neutral attitude towards the Turkish Cypriots and had neutral levels of qualitative contact and trust but had a particularly negative attitude towards Turkish settlers.

Although they maintained high levels of perception of realistic and symbolic threats, their position in the possible solutions of the Cyprus issue showed that while they viewed the single state as an ideal solution, they were ready to accept federation as a compromise solution. Some – around one third – accepted the status quo, but most rejected it.

Regarding the possible solution on the basis of a BBF, compared to the other three groups, this group presented a profile similar to that of the rapprochement group, but maintained significantly higher fears over the functionality of the state, Turkey’s possible intervention in the future federation and a significantly lower degree of hope that in the event of a solution, relations with Turkey would be normalised.

This group was further subdivided into some who supported federation either as a satisfactory solution or as a solution of necessity (63 per cent).

“These are people estimated to be between 18 per cent to 23 per cent of the general electorate, and they also seem to be influenced by the climate of optimism or pessimism prevailing in Cyprus at any given time,” Psaltis said.

The first group in Psaltis’s survey (18.8 per cent) were in favour of bicommunal reconciliation through federation. They had very positive attitudes towards the other community, a high level of trust, and quality contact with the Turkish Cypriot community, and had a more Cypriot-centric approach, happy with a BBF.

The group mostly consisted of educated people, more men than women, and people with steadfast views as regards the need for reconciliation and forgiveness.

They had the lowest levels of anxiety about the functionality of the future BBF, Turkey’s intervention in the federal Cyprus or problems with Turkish settlers who would acquire citizenship of the new state.

They had the highest degree of hope that in the event of a solution, relations with Turkey would be normalised and economic development and free movement would take place throughout Cyprus.

Beyond this and the dominant group, which the study looked at second, came the third group (18.6 per cent), those with a mixed attitude to Turkish Cypriots and which mainly consisted of the younger and more educated generation. This group is a product of “prolonged geographical separation for decades”,  mainly young women, with low emotional ties to the north of the island.

“However, it presents significant distrust, feelings of symbolic threat as a being different to the Turkish Cypriots, and sees the two-state solution and the maintenance of the status quo as preferable to federation or even to the unitary state.”

However, about half of the grouping could accept a BBF mainly as a solution of necessity, he added “one may assume if it took the form of a decentralised or ‘loose’ federation as has been discussed recently.”

Psaltis said a series of surveys in the Greek Cypriot community had already shown a positive correlation between age and high quality bicommunal relations and readiness to live together with the Turkish Cypriots. “That is, the older one is, the more positive the relationships and vice versa, the younger, the more negative the relationship,” he said.

This relationship was largely due to not having experienced living together with the other community and not knowing any, and does not go beyond the official narrative of ‘Turkey has always wanted to conquer the whole of Cyprus’. The grouping also “shows great ignorance in the mistakes or atrocities committed by the Greek Cypriot community against the Turkish Cypriot community”.

This group, he added, “has a high sense of one-sided and unfair victimization”, partly due to such slogans as ‘I Know, I Do not Forget, I Demand’, and the way history is taught, leading to increased perceptions of realistic and symbolic threats, bias and lack of trust.

“It is worth noting that this group has the highest prevalent fear that we cannot live together because ‘we are unprepared as a society’, ‘we did not grow up to live peacefully together’ and ‘nationalists will mess things up’,” Psaltis said.

The professor’s fourth and final group – xenophobic/Helleno-centric and anti-federation – which accounted for 19.5 per cent of those surveyed, believes in the continuation of traditional Greek nationalism in Cyprus, is characterised by particularly anti-Turkish and negative feelings towards the Turkish Cypriots whom they often equate with Turks.

This group, mostly middle-aged, also displayed the greatest mistrust, high perceptions of symbolic and realistic threat, and feelings of superiority arising from a generalised ethnocentric, Helleno-centric and xenophobic perception, also evident against immigrants. A small sub-group still seeks enosis with Greece. But among them was also around one third who said they could accept a BBF out of necessity.

The younger faction of this group operates through extreme nationalist groups and fan clubs of various sports clubs. This group also identifies as the most religious and the most frequent churchgoers, “so they may also be influenced by church preachings”, Psaltis concludes.

The data on which the analysis is premised was collected in the context of an interdisciplinary project funded by the A.G Leventis Foundation. Data was collected between November-December 2017 from 811 Greek Cypriots over 18. Interviews were face to face on the basis of a structured questionnaire designed by Charis Psaltis (University of Cyprus) Huseyin Cakal (University of Keele), Neophytos Loizides (University of Kent), Djordje Stefanovic (St. Mary’s University) and Miles Hewstone (Oxford University).