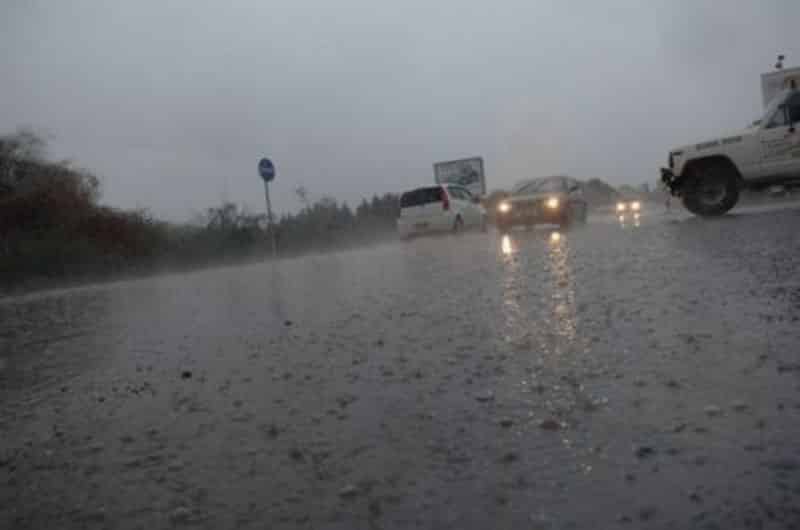 Stormy weather is set to continue through Thursday after rain battered many parts of the island overnight causing problems in the Paphos region, while roads in the mountains were closed to traffic because of snowfall.

Six buildings were flooded in Chlorakas and Konia, while a cliff collapsed near the main road of Akourdalia in the Polis Chrysochous area.

An immobilised car on a flooded road had to be moved by the fire services.

The persistent rain and wind also prevented a man who had suffered a heart attack on a drilling platform just south of the island being airlifted to hospital until Friday morning, despite the helicopter landing there on Thursday evening.

According to a police announcement, the Kelokedaros-Amargetis-Natas road is impassable due the Xeros river overflowing near the Zyripili bridge. For the same reason, the Tselefos bridge (below) had to be closed to traffic.

Posted by Kitasweather on Wednesday, 2 January 2019

The road from Ayios Nikolaos to the Pera Vassa picnic area is also impassable because of the accumulation of large quantities of water.

In the mountains, the old road from Akrounta to Dierona had to be closed because a rock collapsed.

Due to snowfall, the roads leading to Troodos are closed to all vehicles.

Police have warned the public that due to a fallen rock, the road from Prodromos to Lemithos has become dangerous. The dangerous spot has been marked and drivers are urged to be extremely careful.

Landslides have also occurred on other roads in the area, and the public is asked to watch out and keep in mind that roads are slippery and due to dense fog visibility is limited.

More rain, snow and local storms are expected for the rest of the week.