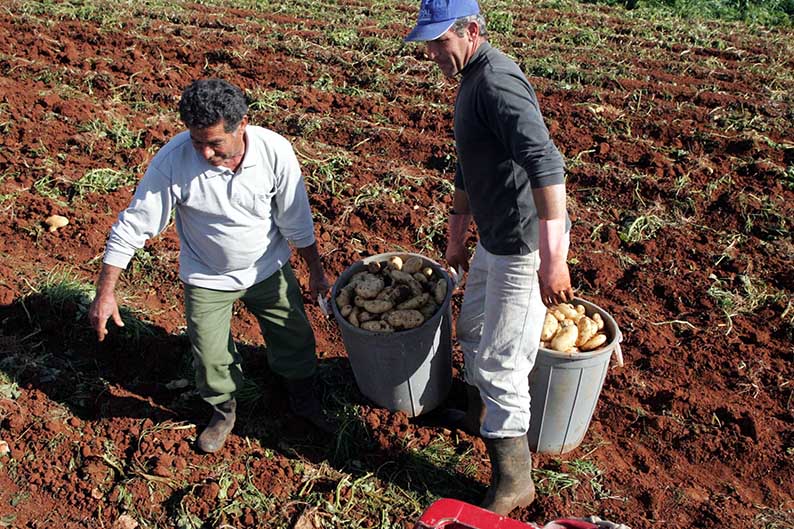 Potato crops in the ‘red soil’ villages of Famagusta were severely damaged by frost on Wednesday night as temperatures fell below zero.

“The frost affected several potato crops in areas spanning from Sotira until Xylofagou and significant damage was caused,” Giannakis Gabriel, the regional secretary of the Union of Cyprus Farmers (UCF) said on Thursday.

Gabriel called on the Agricultural Insurance Organisation (AIO) to visit the affected areas and to record the damage so that the process of handing out compensation for damaged crops to affected farmers can begin.

“Throughout the entire period of adverse weather conditions that we have recently been experiencing in Cyprus, farmers have been watering their crops in an attempt to avoid frost,” Gabriel said.

The true extent of the damage caused by the frost will only be made clear in the coming days, Gabriel added, as watering of crops by farmers and rainfall may have protected some crops against frost.

“Frost is one of the weather conditions which is insured by the AIO,” the general secretary of the Panagrotikos Farmers Union (PFU), Tasos Giapanis, told CNA on Thursday.

“But for compensation to be paid, 30 per cent of the crop must be affected.”

Though the AIO has been dissolved, Giapanis said, the legal framework it followed is still in effect until the new institution is established.

PFU and AIO reps will be visiting the affected areas in the coming days, Giapanis added, to carry out on-scene checks.

“After recording the damage, the producers entitled to compensation will receive it within the timeframe provided by the regulations,” Giapanis said.

Sifis remanded in the north