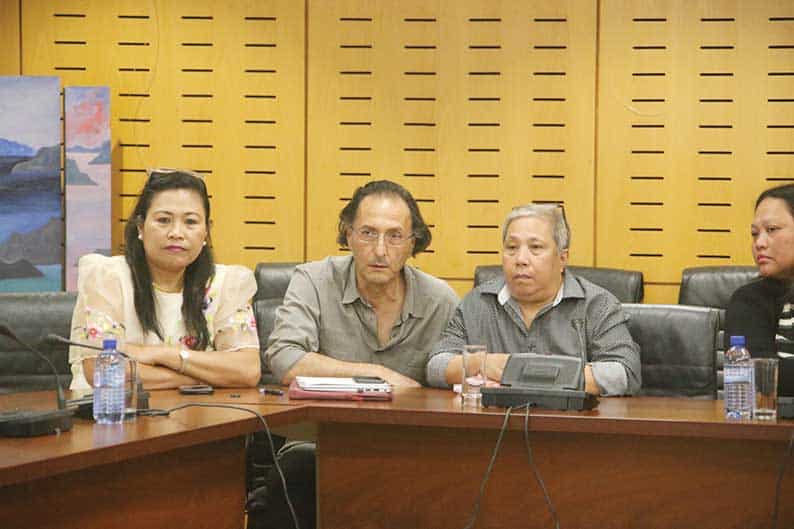 THE police not only failed to do what was necessary in the cases of the women who disappeared and ended up murdered, but also did not take into consideration other complaints made by foreign women who work in Cyprus, MPs heard on Thursday.

Speaking before a joint session of the House human rights and legal affairs committees, Ester Beatty, the head of Filipino groups on the island, said a number of individuals on the police missing persons list have returned to their countries.

Two of the individuals were even deported by Cypriot authorities but were on the missing person list, she said.

The committees discussed the procedures followed by police after a person is reported as missing in light of the force’s apparent failings in investigating past disappearances of women and children who turned out to be victims of a self-confessed serial killer.

Beatty appealed to the authorities to take their complaints seriously and work with them in tracking down people.

“Is it so difficult to communicate with us so that we can find those who are missing?” she said.

Outgoing Justice Minister Ionas Nicolaou and new police chief Kypros Michaelides denied there was widespread or institutional racism in the force as they apologised anew to the families of the victims.

Self-confessed serial killer Nicos Metaxas has so far claimed seven victims, five women and two children, the daughters of two of the women.

In three of the cases concerning three women and the two children, it appeared police had failed to properly investigate their disappearance, suggesting instead that they had probably fled to the breakaway north of the island.

The public outrage has forced Nicolaou to resign and the dismissal of former police chief Zacharias Chrysostomou. An independent probe has been ordered by the police watchdog into the possible failings of the force.

Nicolaou conceded that certain police officers were not up to the job and they had possibly failed to use all the tools available to investigate the cases.

The aim of the probe, he said, was not only to assign blame but to identify potential gaps in procedures.

Nicolaou said the authorities had received 3,667 reports since 2012 from employers who said their domestic workers had abandoned them in search for new employment, adding that there were gaps in the information exchange system between departments.

Ombudswoman Maria Stylianou Lottidi said at first glance there appeared to be a violation of human rights of the victims relating to their gender and nationality.

Lottidi has asked the police to inform her of their actions during the investigations as part of her own inquiry into the affair.

The head of the domestic workers association, Louis Koutroukides, said the workers did not know the procedures. What they cared about was being treated as humans when they made their complaints.

He said the mentalist must change and the workers’ rights must be respected.

Four of the seven victims of the serial killer have been recovered since April 14 when the first was found in the Mitsero mine shaft. A second body was also pulled from there. Another body was found near the Orounta firing range, and two in the red lake at the mine – an eight-year-old little girl and her mother. The search goes on there for a third victim, a woman, and at the Memi lake in Xyliatos for the seventh victim, a six-year-old girl, the daughter of the first victim.

Our View: There are many reasons to be grateful for EU membership