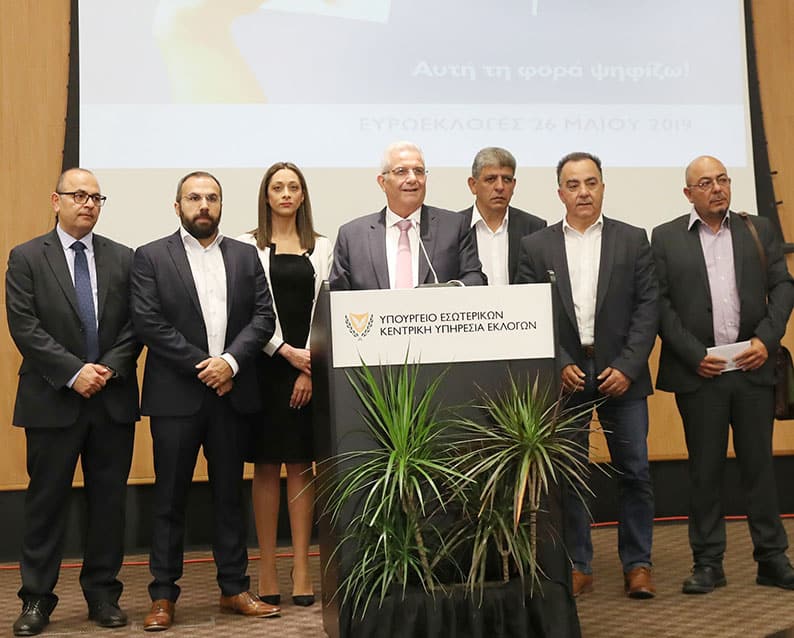 WITH a week to go, ruling Disy looks poised to win the European Parliament elections with main opposition Akel however, within striking distance as Turkish Cypriot voters remain an unknown factor in a bitterly-fought race more reminiscent of a domestic poll due to the absence of debate on the big issues facing the EU.

Climate change, terrorism, the rise of nationalism, EU foreign policy, the refugee crisis, are but a few of the issues currently faced by the union but hardly any made it into the public discourse in Cyprus, although a couple made it on the party programmes.

Candidates and parties opted for populism, focusing on the microcosm that is Cyprus in what appeared to be a bid to rein in their supporters or attract new voters based on local issues.

So much so that one could say with a certain degree of certainty that a number of candidates did not even bother looking up what the European issues are, not to mention having a discussion about EU relations with the USA, internal security, research and development, taxation, and Brexit.

Instead, Cypriot voters heard about scrapping the fan card, which has prompted football spectators to boycott games, the serial killer, the fact that Akel fielded a Turkish Cypriot candidate, and patriotism.

Of course, the Cyprus problem was again one of the issues, and rightly so, but not in any context that takes the issue forward. Instead, it was a blame game, mainly between Disy and Akel, which took people back decades, as the two parties competed over who made the most and biggest mistakes.

The constant quarrelling probably caused more people to decide against voting in an election with traditionally low turnout.

Political analyst Christophoros Christophorou suggested that the apparent voter indifference over the European elections can be attributed to the fact that they would not radically change the country.

However, they are probably the most important for the long-term course of a country since all crucial issues were decided in the European Parliament, he added.

“In general, all parties need more effort to confer on the elections the importance they deserve.”

Christophorou said most parties were late in publishing a programme and from the 10 to 15 issues tackled, probably two relate to Europe.

According to a 2018 Eurobarometer, Cypriot voters ranked terrorism and immigration as the most important issues facing the EU. They were followed by the economic situation, unemployment, and crime.

However, those were not the issues tackled by the parties and certainly not those discussed by those few voters who care.

The campaign was marked by the daily squabbles between the two big parties, ruling Disy and Akel on anything but European issues.

Disy appears to be fighting on two fronts and not doing too well, a week before the poll.

On one hand it is leaking voters to far right Elam and on the other it is losing the support of moderates who are disappointed by the way President Nicos Anastasiades had handled the Cyprus problem, as well as the state of the country.

Those voters could swing towards Akel, mainly because it has respected Turkish Cypriot professor Niyazi Kizilyurek on its ticket, or the Green party, or abstention.

Polls show Akel closing the gap with Disy without even factoring in Turkish Cypriot voters whose intentions would only be revealed next Sunday.

Disy tried to counter this by playing the patriotic card, attacking Kizilyurek and Akel by disputing the candidate’s allegiance to the Republic.

It was also assisted by the president who said Akel was seeking “borrowed votes” from Turkish Cypriots.

Its actions sparked a backlash from moderate voters who disputed the party’s European and liberal credentials and even its will for reunification.

“It is clear Disy faces numerous problems and I think the way it reacts doesn’t help the party,” Christophorou said. “To raise the Niyazi issue and drag it on for two weeks and ask for responses to bogus questions doesn’t help.”

Disy MP and candidate for the European Parliament Eleni Stavrou Syrou suggested Kizilyurek was Ankara’s stooge and that if elected he would not represent the “Republic of Cyprus’ Greeks but the ‘hapless’ community of the Turks of Cyprus.”

Disy leader Averof Neophytou sought to distance himself from his MP’s comment, but he has been heavily criticised for keeping her on the ticket nevertheless.

Syrou is the daughter of Stavros Stavrou Syros, the deputy chief of the EOKA B paramilitary organisation that fought for union with Greece after the island’s independence.

Her presence on Disy’s ticket is seen as an effort to stem the flow of voters to far right Elam, which is tipped to elect one MEP in keeping with the nationalist rise across the EU.

Edek, which will be the loser if Elam elects an MEP, sought to fight it by highlighting the fact that members of the nationalist party’s leadership, including its candidate, Yeadis Yeadi, had been exempted from army service over health issues. Two individuals arrested recently, one over drugs and one in connection with a protection racket, were also linked to Elam in media reports.

Akel on the other hand seems to have played its cards correctly when it comes to Kizilyurek but it lost points because of its insistence on politicising the serial killer case and banging on about Finance Minister Harris Georgiades’ refusal to resign over the co-op bank demise. This tactic may have reigned in any errant supporters but may also have alienated moderates who were perhaps thinking of voting for Kizilyurek.

If Kizilyurek gets elected eventually with the votes of Turkish Cypriots from the north it could signal a new era for Cypriot politics with far-reaching effects on the future of the Cyprus problem too.