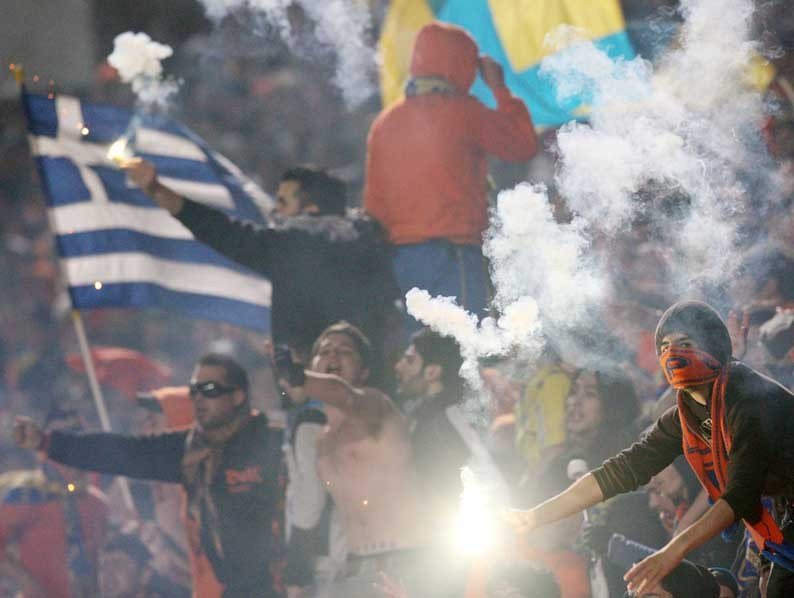 THE MOST worrying aspect of last weekend’s European elections was the spectacular rise of the far-right Elam that secured 23,167 votes, 10,000 more than in the 2016 parliamentary elections. The share of the vote of Elam has increased in the last eight years eight-fold from 1.08 per cent (parliamentary elections of 2011) to today’s 8.25 per cent.

This development should cause concern. As if it were not bad enough dealing with the unsolved Cyprus problem, now the monster of fascism is rearing its ugly head, threatening to gobble us all up. Should we recall that in Germany the Nazis took power lawfully (winning the 1933 elections), but exercised it criminally, resorting to violence, terror and brutal suppression, with the support of a large section of the German people.

It is a matter of urgency for the country to confront this lethal threat decisively. The fear – yes, fear – that in Cyprus democracy is at risk should become embedded; that the danger of establishing a cretinous and thieving tyranny is visible. The first step that should be taken is a diagnosis of the causes for the increased popularity of fascism.

I am repeating myself in pointing out that in Cyprus the main cause for fascism’s advance is the way Elam accesses youths through the ‘nationalist’ football clubs. This party has laid siege to the so-called ‘organised’ supporters (mainly students between 13 and 18) turning the nationalist clubs into breeding grounds for fascism.

The brain washing is achieved through Greek flags at football grounds, and as we all know the party that uses the Greek flags more than any other is Elam. In this way there is an identifying, perhaps unconsciously, of the student’s football club with the extreme nationalist party, and the teenager eventually adopts all the slogans of the party.

Teachers that come into contact with secondary school students will confirm that teenagers often have slogans such as ‘Grivas lives’ and ‘Greece-Cyprus enosis’ as well as other Elam slogans written in their exercise books. In this way, a sense of superiority of the so-called nationalists is cultivated to the point that supporters of a Nicosia football club, imitating the Hitler youth organisation, use the term, “by nature superior”.

The students’ conviction that they are more Greek than the supporters of other football clubs, who are “nationally suspect”, and that they are “by nature superior” works as an enchantment to lure youth into entering the fascist paradise. What a pity there has never been a survey done. I am certain it would show the majority of Greek Cypriots teenagers support Elam.

What do we do? An immediate measure would be to ban Greek flags from football stadiums. Enough of belittling the most sacred symbol of the nation with petty party pursuits. Just as the football fan ID card curbed hooliganism in stadiums, so banning the flag would tackle, to an extent, the unholy effort of the far-right to lure youths into its ranks.

But this measure would not be enough without education reform. In the past I suggested the introduction of a ‘political issues’ lesson or something along these lines that would teach students the basic concepts of political science. The most effective antidote to fascism is an all-round education in a democratic environment. The weeds of fascism grow, blossom and in the end poison the whole field of a country when conditions allow them to take root. These weeds are uprooted through education. It does not honour Cypriot society that secondary school graduates do not know what communism, socialism, federation, unitary state, nation, people etc actually mean.

This is why we should not be shocked by the rage of the far-right over the election of Turkish Cypriot Niyazi Kizilyurek to the European Parliament. This rage, in part, is explained by ignorance of the definition of the terms ‘nation’ and ‘people’ that we were never taught at school. The ‘nation’ is an abstract, undefined (state of mind according to Max Weber) a metaphysical and socio-historical notion, encompassing many generations of people living all over the planet.

In contrast, ‘people’ is a specific notion, socially and politically specific encompassing the citizens of a specific country at a specific time. Kizilyurek may belong to another ethnic group (other than the Greek) but he is an integral part of the Cypriot people and has the right to vote and stand for election. Correct democratic behaviour dictates a show of respect for those who chose to vote for him.

I have no illusions that the government and the House would approve these reforms overnight. The education ministry is not under the authority of the government but that of the archbishop. Consequently, no progressive reform is possible. For example, the replacing the present dogmatic teaching of religion with lessons on comparative religious studies, or introducing sources-based history that describe the excommunication of the leaders of the Greek revolution or the congratulatory telegram the Mount Athos monasteries sent to Hitler will never be permitted by the church.

The ending of the education ministry’s dependence on the church will be delayed a bit longer. In the meantime, the zealots of darkness will multiply and become ever more threatening.

President Trump: Boris is my boy