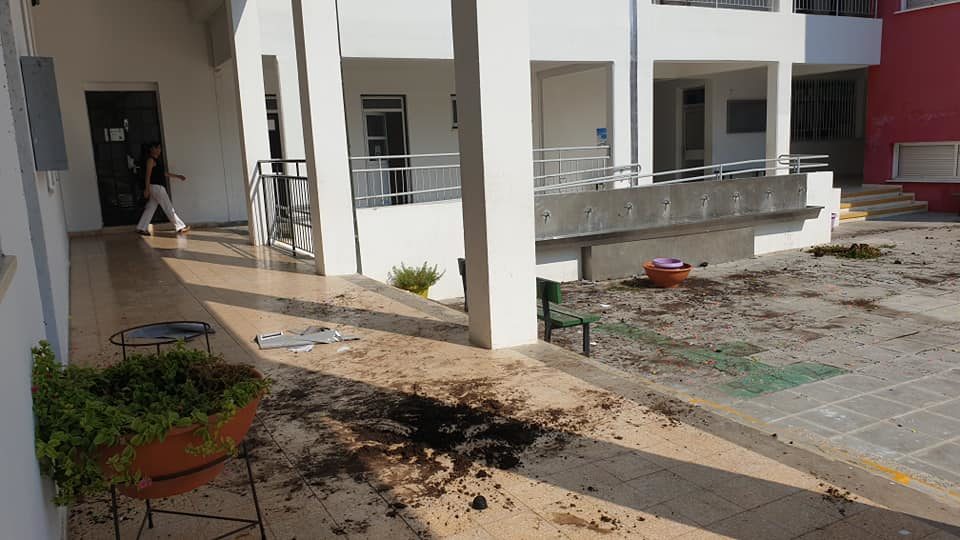 PRIMARY teachers on Friday called for more measures to tackle youth delinquency after a group of schoolchildren locked two teachers in a classroom and bullied them and vandalised the school grounds, they said.

According to the head of primary teachers’ union Poed, Charis Charalambous, the incident took place last Wednesday which was the last day of school and the children would be going on to secondary school in September.

A group of around 20 pupils remained in the school grounds to celebrate their graduation from primary school and some of them, locked two female teachers in a classroom and went about vandalising the school grounds, Charalambous told Active radio. He said later some slightly older children joined.

The teachers had remained in school to deal with administrative work for the end of the school year and the pupils found the keys on the door and locked them inside the room. Some of them hurled insults at the two teachers and were banging on the door trying to intimidate them, he said.

They then vandalised the school grounds.

When the door of the room was unlocked by the school cleaners some of the pupils hurled water bottles at the teachers and tried to spray them with foam.

Charalambous published a number of photos on social media showing soil from plant pots in classrooms and on the grounds, and foam sprayed on doors and computers. “There was more damage but we chose to publicise the less serious ones,” he said.

Charalambous said the reason the union decided to make the incident public was to highlight the problem of youth delinquency in schools which seems to now also happening among younger ages.

“Such behaviours are usually exhibited in high school but now it has also reached primary schools,” he said. “Children are exposed to violence daily through TV, football, video games and also imitate older children.”

One of the reasons for such behaviour to teachers, he said, is the general lack of respect towards teachers.

“It is a serious incident. There have been other incidents in schools but this was a very serious one,” he said. He added the school has informed the education ministry, police and school district.

While acknowledging the education ministry was already taking measures to tackle youth delinquency, more needs to be done, he said.

According to Charalambous a set of school regulations that include issues concerning delinquency was prepared some two years ago but they are still sitting at the state legal service waiting for vetting. The regulations are to be sent to parliament for discussion once the legal service gives the green light.

Our View: Gesy is not working out well so far

Counting down to International Festival of Ancient Greek Drama