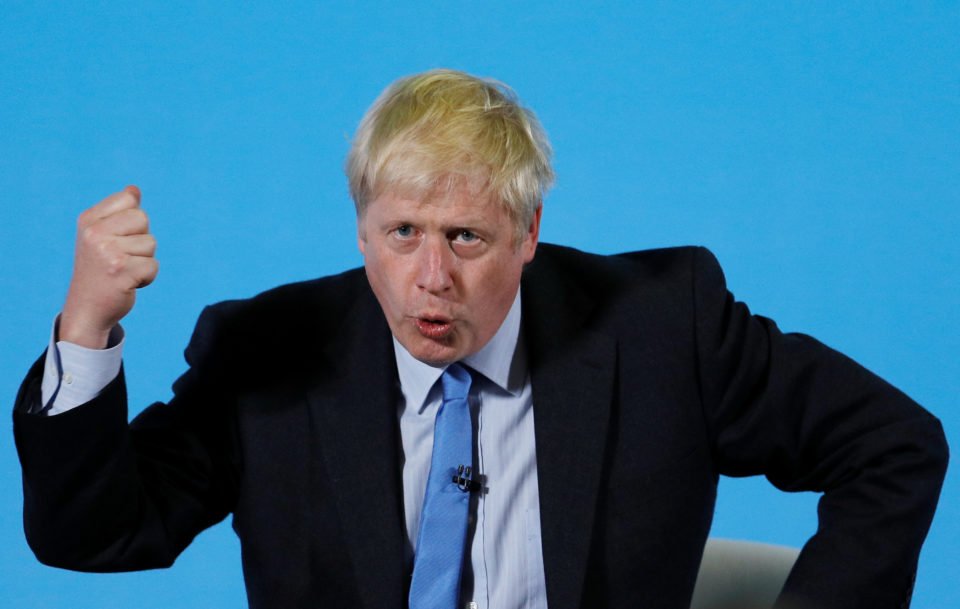 Boris Johnson has broken the record for the most money raised by a British politician in his bid to become prime minister, winning the backing of eurosceptic financiers after hardening his Brexit stance with a “do or die” pledge.

Hedge fund managers, the chairman of a football club, a director of companies based in tax havens, and a fox hunting enthusiast are among the donors who have poured hundreds of thousands of pounds into Johnson’s campaign.

More than half the donations came from financiers and businessmen who funded the campaign to leave the European Union.

The support means Johnson has registered 702,000 pounds in the last year, according to figures released by parliament, surpassing the previous fundraising record set by the former foreign minister David Miliband who raised 627,000 pounds for his bid to lead the Labour Party in 2010.

Johnson, a divisive politician known for his often bumbling persona and dishevelled mop of blond hair, looks poised for a landslide victory when votes are announced in the Conservative Party leadership contest next week, which by default will decide the next prime minister.

Current premier Theresa May was forced to resign after she failed to unite the nation behind her plan to leave the EU on schedule in March.

Johnson’s pledge to leave the EU “do or die” — with or without a deal — on Oct. 31 looks set to deepen the three-year Brexit crisis by setting him on a collision course with the bloc’s 27 other leaders and his own parliament

But this threat is resonating with Conservative supporters, who have grown frustrated by the government’s failure to leave the EU so long after the 2016 referendum.

In a comment piece on the Brexit Central website in 2018, he described concerns around a border in Ireland as a “nonsense” that is designed to keep Britain in the EU’s customs union to have “German goods and French produce stuffed down our throat”.

He said then Britain should make clear it is willing to leave without a deal.

Ian Murray, an opposition Labour lawmaker and campaigner for a second referendum, said he worried about the process to select a new prime minister, with only Conservative members making the decision.

Johnson, he added, will be “financially dependent on an even smaller group of funders who are likely to back the most extreme Brexit or even no-deal.”

Johnson’s improved fundraising position reflects the lead he appears to hold over his rival, foreign minister Jeremy Hunt. He currently has the support of two thirds of Conservative voters, according to an opinion poll published over the weekend.

By comparison Hunt’s fundraising has stalled. He has not registered any new donations in the last month.

Overall, the sums raised in British politics are tiny compared to those for U.S. political campaigns.

In the United States, presidential contenders criss-cross the country for months, through first the party nominating process and then the campaign for the actual election.