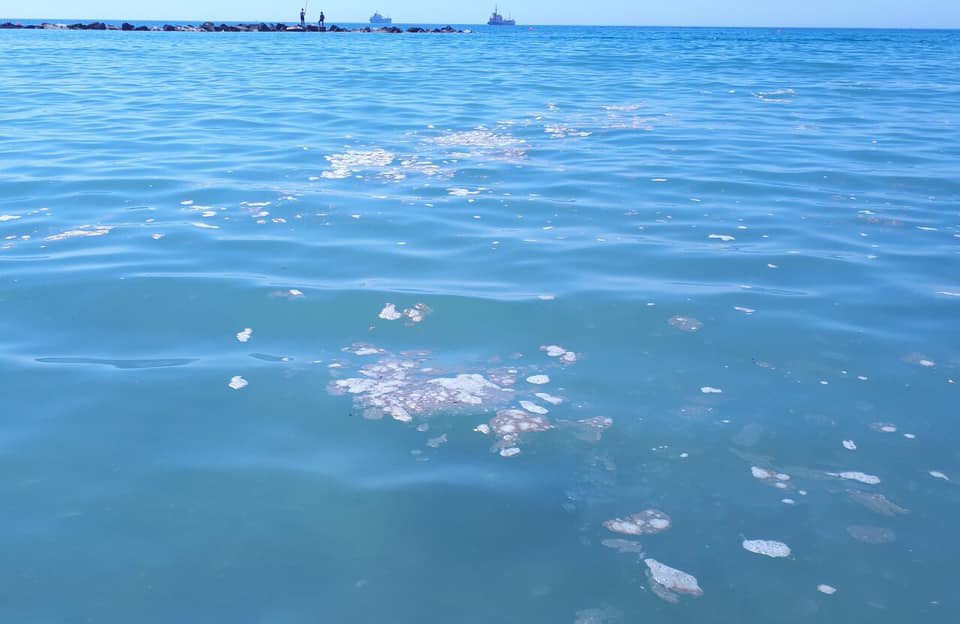 A group of winter swimmers aim at bringing the sorry state of the Limassol sea to the attention of the European Commission after some 20 years of unsuccessful attempts to get the competent state authorities to resolve the issue of pollution.

According to the head of the Akti Olympion winter swimmers and Limassol friends association Erma Stylianides, they are now gathering information on sea pollution in the Limassol sea area and hope to have the file ready the soonest possible.

“I am very concerned about the state of the Limassol sea. Someone needs to speak up,” Stylianides told the Cyprus Mail. “We will bring the issue to the attention of the EU Commission and they will decide if there is something to be done.”

She said they have decided to take the issue to the EU after 20 years of correspondence and meetings with state authorities on the matter have failed to produce substantial results.

Just last Sunday a huge spill of human waste was visible floating in the sea area between Dasoudi and the big dock at the Limassol port from 10am and 4pm, she said. This just a few days after the completion of a ‘Blue campaign’ by the Limassol municipality against sea pollution.

According to Stylianides, after all these years it has become apparent that the problem is that there are so many services dealing with different issues concerning the environment and pollution at sea that the job is just not getting done properly.

“These services don’t operate properly,” she said, giving as an example that there are no provisions in the law for human waste in the sea and which service is to deal with it.

The fisheries department is in charge of oil spills in the sea but there are no provisions for human waste, she said.

Stylianides also said that the environment department doesn’t even have a boat to carry out unannounced checks on vessels.

The group is so fed up with the ineffectiveness of state authorities they are now carrying out their own investigative work and bringing it to the attention of the competent services.

“We have many members and they take photos of every floating vessel even of canoes in the Limassol area,” she said.

Stylianides said that last year she brought attention to one irregularity they discovered concerning a large infrastructure on the Limassol waterfront after persistent investigation that led to its correction.

She said that most times the human waste found is between the port and the marina, an area where a large number of catamarans and yachts are anchored.

“Where does their sewerage go?” she asked.

The group is willing to have one of their own members carry out checks on those vessels free of charge if authorities are not in a position to, she said half-jokingly.

“There is foam on the water, you are afraid to go in,” she told the Cyprus Mail.

Chrysanthou, a member of the winter swimmers of the Limassol Nautical Club, said the pollution is usually observed between the port and the coastal area toward Nicosia. “Everything discharged by the ships travels toward those areas,” she said.

Limassol Municipality announced last May it had renewed cooperation with a company to carry out sea patrols as part of efforts to tackle pollution in the Limassol bay area.

Sea and land patrols were introduced last year by the municipality following incidents of heavy sea pollution in some areas in Limassol and many complaints by bathers, locals and tourists.

Mayor Nicos Nicolaides said last September that cruise ships and yachts dumping their waste in the sea off Limassol significantly contributed to sea pollution and that tackling the issue was one of his municipality’s highest priorities.

Our View: Only one decision was ever going to be taken on Akinci proposal