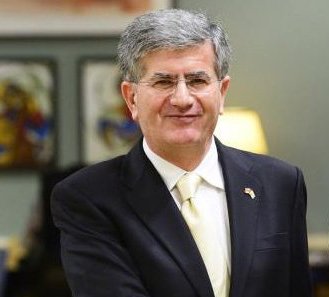 Disy’s pick for candidate as Famagusta mayor, Ambassador Pavlos Anastasiades has said he has withdrawn his name from the race.

The party announced on Friday that it had picked someone from among the list of potential candidates put forward by both Akel and Diko as they did not agree on anyone from within their own ranks.

However, Akel and Diko settled on Simos Ioannou from the same list. Diko had ratified Ioannou last week, and Akel after a long meeting that ended on Saturday evening.

Following this decision, Anastasiades, in an announcement said his name was no longer on the list, though he was honoured that he had been a potential choice

He said that unfortunately, it was not possible for all three parties to decide on one common candidate and so he would withdraw. Anastasiades said his aim in agreeing had been the prospect of being a unifying force for the good of Famagusta, in the light of his diplomatic knowledge and experience.

“I would still like to make it clear that I have no personal ambition for posts and positions. My only concern was, is, and remains, the salvation of Famagusta and Cyprus as a whole. To this end, I am ready to put all my resources and, of course, to support, where and where I can, the new mayor and city council. These times are crucial for Famagusta, and for Cyprus, and everyone is needed,” he said.

“I can only express my appreciation and thanks to all the prominent Famagustans who felt that my face would be the appropriate choice of independent, commonly-accepted candidate for Famagusta municipality and who worked, promoted and supported this initiative.”

Later, Disy said: “Unfortunately, efforts to find a common candidate have not succeeded, despite the consensus we wanted>”

“As the Democratic Rally, we respect the decisions of the other parties and fully understand the criticality of the times and we will not argue about the causes and causes of the choices they have made.”

The party went on to thank Anastasiades for putting himself forward as a potential choice that would unite Famagustans. The bureau of executive affairs will meet again on Monday to discuss a possible new candidate.

Architect Andreas Lordos announced a week ago that he would be running for Famagusta mayor as an independent candidate promising to fight for a return to the town.

Lordos, who also ran in the 2016 municipal elections for Famagusta and came in third, said in an announcement that he was running as an independent for the dignity of Famagusta refugees and those who died. Elections for mayor will be held on August 25.

The town is choosing a mayor following the sudden death recently of Alexis Galanos. Galanos, who also served as President of the House of Representatives, was serving his third term as mayor after being re-elected in 2016.

Drug searches on 71 cars nets 8g of cannabis, five joints and a grinder