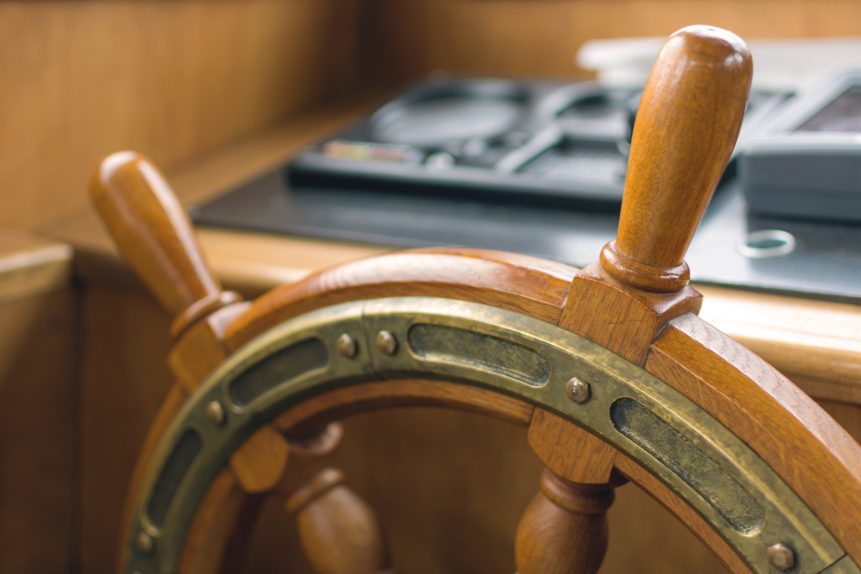 The shipping sector which has proved to be a bastion of strength even through times of crisis, is sailing through waters with a newly formed structure under the flagship of the deputy shipping ministry, headed by Natasa Pilides. Andria Kades meets her 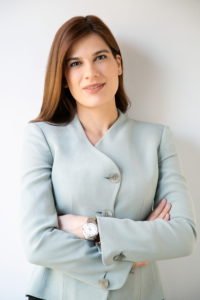 The Cyprus shipping industry, which contributes around seven per cent of GDP, acquired its own deputy ministry in March 2018 but a year and half later, its chief Natasa Pilides (L) said there is a long road ahead. With the aim of bringing all relevant government services in one place and giving the sector a unified voice, she said the task hasn’t been intimidating but rather “very positive. There’s difficulties in every new thing you try to do”.
Located in the heart of Cyprus’ shipping industry in Limassol, it is the only ministry – deputy or otherwise – to be located away from the capital. Though a government department, it operates differently than most. “We have 24/7 service which is tried and tested and is very much improved compared to before. We offer technical support, there’s mobile phone numbers available on our website that clients can use to reach us at anytime, day or night. It’s crucial to operate on those terms in the shipping industry because clients never sleep and neither should we.”

Being close to the shipowners is critical, Pilides added, as they are the source of information the government needs to stay abreast of the needs of the industry. A complete organisational overhaul has been carried out and since then, the website has been re-launched, new online services added – including online verification of ship registration certificates, an automated seafarers system – and records are being digitised.

“If you look at the companies registered under our tonnage tax system, of course they’ve had quite a good rate of increase. They were 168 when we became a deputy ministry and now they’re 215 so there’s been quite a bit of increase there,” Pilides said. Meanwhile gross tonnage on the Cyprus registry broke all records since 2010, reaching 24.5 million while revenue from ship management companies reached €1.03 billion in 2018, a nine per cent increase on the previous year.

Maritime 2019: One voice built on trust

Since the inception of the deputy ministry, the registration policy for vessels has been changed to become more flexible, in what Pilides described as a more qualitative means of assessing which vessels are accepted as opposed to having them defined as ineligible purely because of their age. “Under no circumstance are we becoming less strict. It is still maintaining quality but using different factors to assess whether a vessel is eligible or not.”

Maintaining high standards is paramount, not only for the island’s competitive reputation but also because it counts towards maintaining Cyprus’ white flag position both for the Tokyo MOU and the Paris MOU.
A financing scheme rolling out this autumn aims to have a broader impact, targeting specifically ferries and encompassing funding companies approaching Cyprus to upgrade their vessels. This could be by either improving their environmental considerations, emissions or even improving access for people with disabilities, Pilides said.

Additionally, the island is currently working on extending its much touted tonnage tax system for another 10 years, making its pricing more competitive, with more announcements expected soon.

There are however more long-term plans. According to Pilides, “the crucial thing for Cyprus to focus on is that there’s a whole range of different services around those (shipping) companies.” It is not only enough to provide excellent services to shipping companies but we must also ensure that the framework facilitates firms which service such companies. “If we want to be an advanced and mature shipping cluster we want to be offering everything from technological services to do with cyber security, telecommunications, satellite systems, software systems and we have a lot of those companies now based in Cyprus, to specialised insurance services, specialised brokerage services, bunkering, synergies with LNG and other alternative fuel.”
It’s not just a matter of attracting ships under the registry, Pilides said. Technology is now central to the development of the industry around the world and the fact that there is an EU Horizon 2020 project for marine and maritime technologies is crucial “because if that is developed in a way that can actually encourage tech companies and startups to produce solutions to the industry, I think this can create more opportunities for jobs.

“I think the most important thing for Cyprus is to look at how shipping is a real contributor to the economy and how to build on that and the reason why shipping is important for the economy is that it employs a lot of people across a range of activities and that is growing more and more as time passes,” Pilides said.
Indeed, where jobs are concerned, the government has invested in the island’s maritime academies with remarkable progress over the years. Pilides said the change in numbers went “from virtually zero, like literally zero, to 300 students last year so we expect this year to be round about the same numbers which is a big success and we hope to be able to maintain those numbers.”

To that end, it was decided that grants which were previously only available to Cypriot students for their onboard training have now been extended to EU individuals too “so hopefully that will also be helpful and we’re trying to make some changes to the legislation like to introduce English lessons in some of the areas which are in Greek and some other improvements which are going to make Cyprus more competitive.”
According to Pilides, the deputy ministry is responsible for Cyprus’ blue growth strategy which relates to supporting sustainable growth in the marine and maritime sectors. Policies are mainly formulated at the International Maritime Organisation (IMO) with the EU having some of its own competencies but by next year many ‘groundbreaking rules’ are coming for the reduction of sulphur emissions as part of an ambitious IMO strategy, as well as the reduction of carbon dioxide emissions by 2050.

“For both those things Cyprus is very vocal, for carbon dioxide (emissions) we’ve contributed two papers to the IMO on our suggestions on how to meet those goals and what groundwork needs to be done so as to prepare for 2030 which is the first phase of reducing the carbon dioxide emissions and we’re very committed to not only making suggestions but also taking part in all the working groups that are going to formulate the suggestions.”

All the work both domestically and abroad has been carried out by 160 staff, most of which were absorbed from what was previously known as the department of merchant shipping. A small number of new professionals were hired while currently key positions are looking to be filled including three managerial posts covering three separate units – the competitiveness and regulation unit which has its own sub-departments such as taxation and law as the department drafts its own legislation; the flag state control unit which includes safety, security as well as the environmental department; while the third unit is port state control and coastal management which deals with the administration of seafarers and also handles maritime academies.

“We make every effort to make sure we don’t have duplication but for sure we do need some extra positions as we grow,” Pilides said, which includes staff for inspections and the deputy ministry’s involvement in formulating international policy abroad, particularly in maintaining its presence on the IMO’s council since 1987, preparing papers, defending positions and liaising with various stakeholders within the industry.
Shipping is showing no signs of slowing down and neither are the people behind it. The edge to remain competitive has only got stronger since the inception of the deputy ministry which gets things done faster, ready to keep moving forward, full steam ahead.

Customs seize goods worth €35,118 coming from the north during September

A festival of shorts