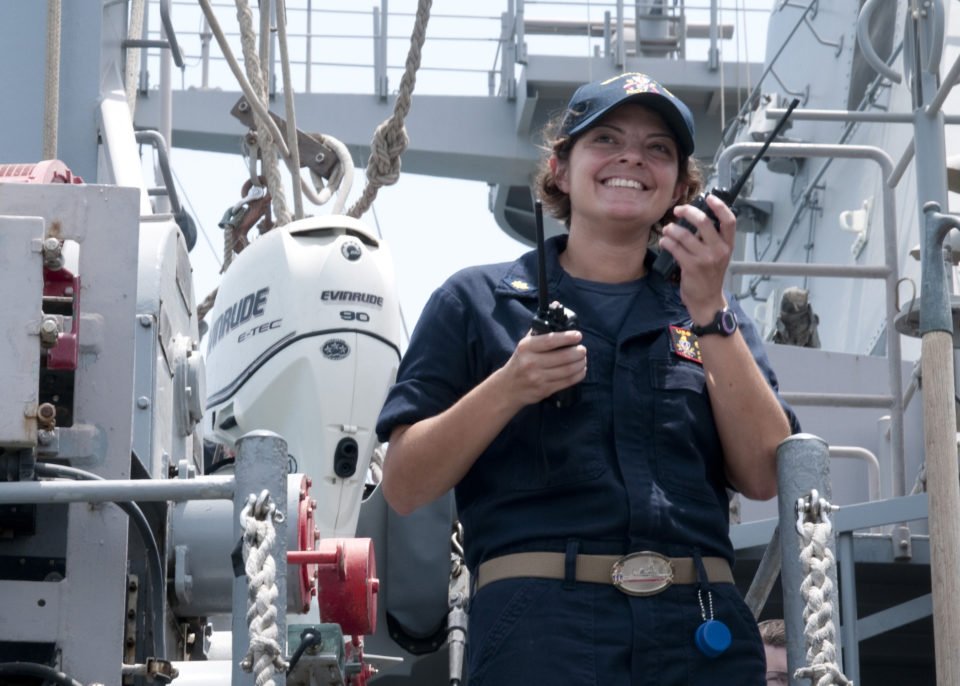 World Maritime Day’s theme for 2019 will be ‘Empowering Women in the Maritime Community’. A fitting topic as currently, women represent only two per cent of the world’s 1.2 million seafarers, with 94 per cent of them working in the cruise industry, a low representation that’s seen in Cyprus too.

“On a global level, there’s an ongoing effort in promoting the shipping industry, with opportunities that are available to women as well as men, because traditionally the industry has been predominantly male dominated,” admits Natasa Pilides, Cyprus’ Deputy Shipping Minister.

It’s with this vision that her ministry, the International Maritime Organisation (IMO) and associations such as the Women’s International Shipping & Trading Association (WISTA) have been making a concerted effort to help the industry support women to achieve a representation that’s in keeping with twenty-first century expectations.

Yet Pilides is quick to point out that all shipping careers are not at sea. “On the one hand, there are work opportunities that are available on shore, for example we have 9,000 people working within the maritime industry and within companies that are based in Cyprus, but if you take the number of seafarers on vessels that are Cypriot, the percentage is very low, so regardless of gender issues one of the things we’re trying to do (as a ministry) is to promote work at sea because it’s something that has a lot of prospects and is very well remunerated.”

“We say shipping, but shipping is a huge industry, with different sectors,” adds co-founder and owner of Aphentrica Marine Insurance Brokers, President of WISTA Cyprus and Member of the Board of the Cyprus Shipping Chamber Anna Vourgos. “A lot of women in shipping are in the crewing department, they’re in purchasing departments, in accounting, HR and legal but there are fewer in the core of shipping; in engineering, naval architecture as well as seafarers and that’s because (when it comes down to sea-going posts) it becomes a different choice, a different career. Women need to create a different equilibrium if they want to enter into that area. It’s a different choice for a woman naval architect to get up and go to a dry dock for three months while a ship is being built,” says Vourgos. 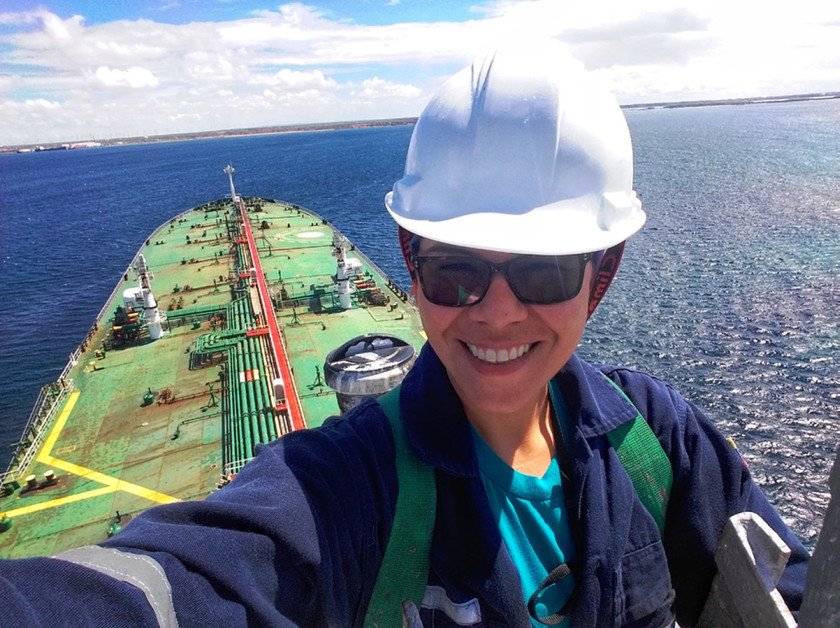 “We need to distinguish when we say women in shipping, do we mean all the women that are employed in shipping and shipping related professions or are we specific on encouraging women to be marine engineers, naval architects and seafarers? We should encourage them to do anything they want, as long as it’s their choice”.

For Andromachi Demetriou, a 24-year-old third officer who has been working at sea for the past six years, we are indeed living in an era where stereotypes are breaking. “If we’ve reached an era where companies have 50 per cent of women in their crew, it means that they saw something in women… We still have a long way to go, there are still men who believe that women shouldn’t be in this profession. I was once rejected to work on board a ship because I’m a woman, but I respected that and years later, when I found out that the company now hires women, that’s when I told myself that a new era has begun,” she says.

“But at certain points you feel the difference because we’re different in nature and that’s not a bad thing. I feel it’s a privilege to be doing what I’m doing. If I can’t lift something because it’s too heavy, if I find it challenging to work on an open deck under 50C for long periods of time or if my body is ‘weaker’ at certain times of the month, I feel the difference but I try and reach a balance and in the future if I have a family I want to believe that if a man can be away from their family so can a woman.”

Although Cyprus has a significantly higher number of female seafarers than other countries, Pilidou says the profession itself needs to be viewed differently to enhance its value and to bring about further change regarding gender disparity. “Seafaring doesn’t have to be a profession for life, but it gives people very valuable experience which they can use if they want to be technical managers of different tenders at companies within the maritime industry, and these companies have a lot of presence in Cyprus… at the moment those professions are often filled by non Cypriot people because we don’t have enough people that have the experience to staff these companies. It’s important to have diversity within the industry because different people bring different skills to professions and there’s no reason why it should be either just men or just women, it’s a case of giving equal opportunity… there are also many opportunities onshore which are not related to previous perceptions so it’s also a case of what each person considers useful and what they want to do in their life”.

The life of the seafarer of the next decade is seen as very different to what it would have been in the past and one where some of the physical challenges have been removed, the posts relying more on intelligence. “There’s a whole move towards automated vessels and someday not so far away from now there will be vessels that are largely autonomous, so the number of people required onboard a vessel will be smaller and at the same time, the skill of those people will be perhaps different to what they were before. Due to technology, the skills that are and will be needed are much more advanced in a certain way and working environments will also be much more comfortable, safer etc.,” says Pilidou. 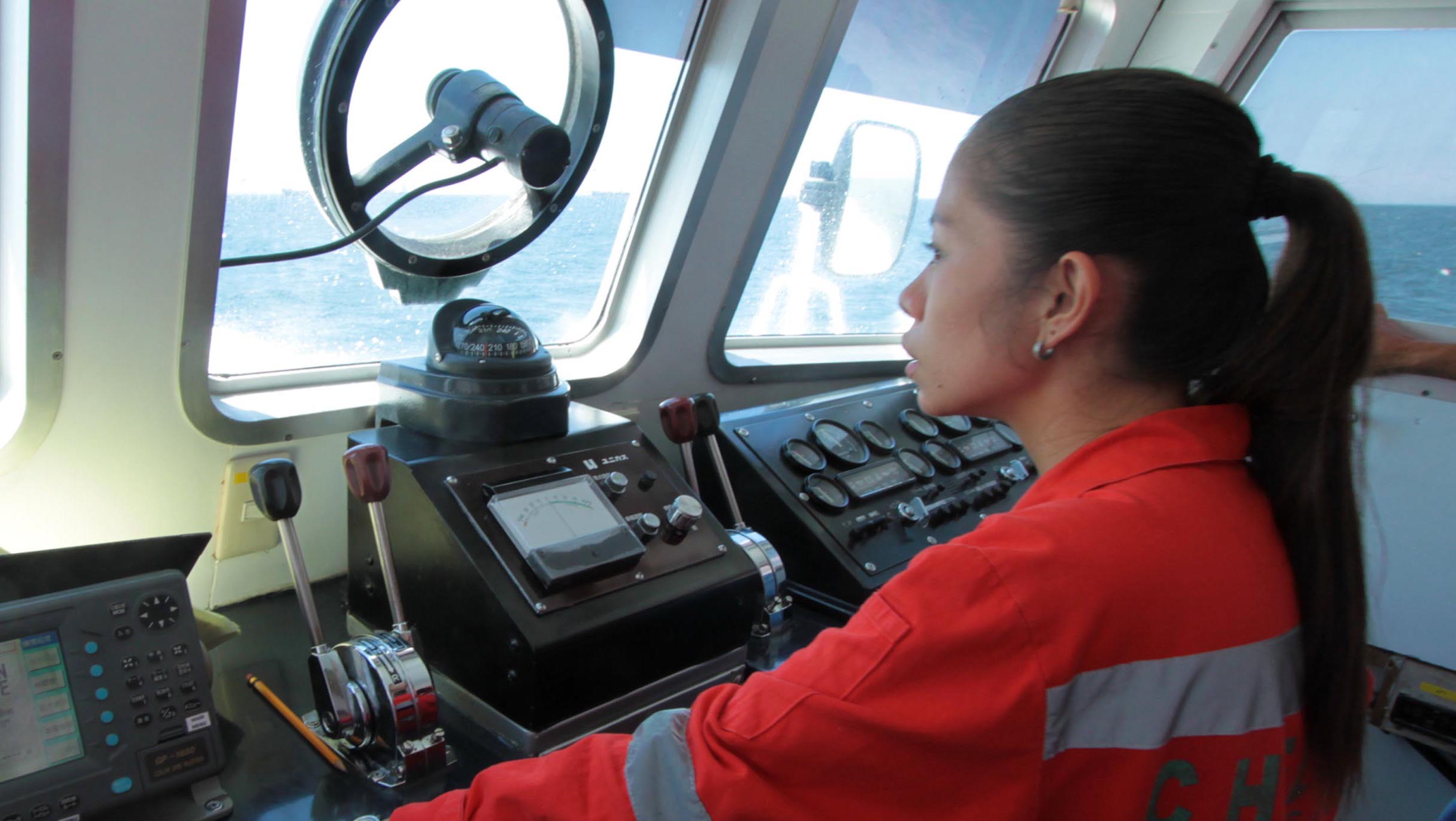 Naturally different countries face different problems in regards to gender, “sometimes we forget that we happen to be in more a privileged part of the world, we forget what it used to be like, there are some other countries where they’re 20-30 years back in terms of making progress. And so, in some countries it’s still about basic rights rather than privileges, and here in Cyprus we’re not talking about rights, we’re talking about privileges because we’re already in the industry,” says Vourgos.

Over the last decade the shipping cluster has become a lot more complete, providing more opportunities for a wider range of professions. “We have quite a growing number of companies, a growing number of employees, growing number of activities and a growing sector in technology, shipping finance, insurance… There’s a lot of different things that people could get involved in and of course that opens up more opportunities to the population in general but women as well,” adds Pilidou. “One of the things we’re trying to do is to attract more young people to join our maritime academies. The ministry offers scholarships and gives grants to students that are doing their on-board training.”

For Vourgos, initiatives to change perceptions and cultures has to start from within the family. “Up until the age of about 12 they are all children, there’s no differentiation between boys and girls, but then, at the age of 14-15, when they get to high school and the issue of what they’re going to do in their lives, it all seems to be segregated and this is what we need to change, the gender differentiation starts from within the family,” says Vourgos. “We attain these perceptions from the environment we grow up in, whether that is a home, a school, the society, the country we live in and going forward, it’s the culture that needs to change”.

And the IMO itself believes ‘there is ample evidence that investing in women is the most effective way to lift communities, companies, and even countries’. “Women bring different things to the table, they bring a different nature… all industries, not just shipping, benefit from different qualities brought to the table and this is what we should be focusing on,” says Vourgos.