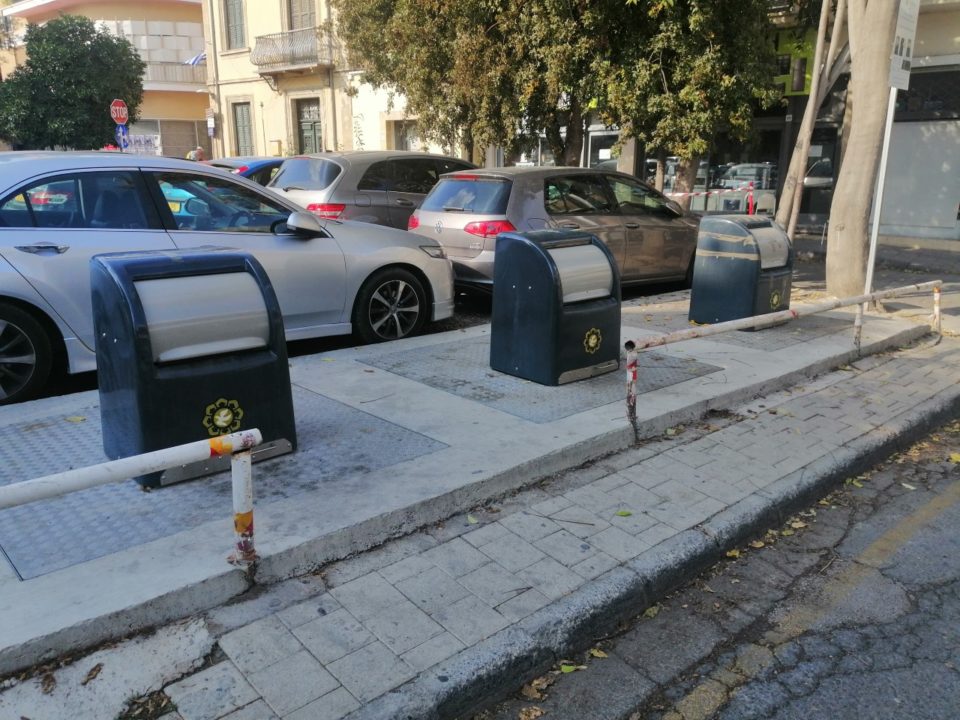 Residents and shop owners in the heart of old Nicosia say the stench from three massive underground bins, located just 100 metres away from popular Ledra Street, has become overpowering.

The Nicosia municipality started installing the underground bins in the older part of town in October 2018 in an attempt to modernise waste systems and reduce long-term costs and the number of obstructive wheelie bins on the narrow streets.

Three underground refuse collection points, of a massive five cubic metre capacity each, have been installed in four locations in the capital’s old city.

The four locations are on Palaion Patron Germanos Street, at the end of Vasiliou Voulgaroctonou Street, near the Phaneromeni parking and on Ermou Street.

Despite the attempt to modernise the waste-collecting service, reports of a persistent smell in the area coming from the bins, particularly from the ones located on Vasiliou Voulgaroctonou Street have been multiplying.

“It’s disgusting, the smell lingers in the air for hours, people in the area don’t know what to do anymore,” one of the local residents on Vasiliou Voulgaroctonou Street told Cyprus Mail.

“Particularly on hot summer days, and we have had many of those in the past months, people breathe in the polluted air throughout the entire day.

“Maybe this system works for colder countries, but here in Cyprus the heat amplifies the smell, I just don’t think it works,” she said.

Popular bar Patio, just off Ledras Street has also been affected by the smell.

“It’s inevitable to feel it, it’s so strong,” said one of the bar’s employees.

“The problem is that there are no labels on the bins, so people chuck every item of garbage possible, from plastic to paper, from food to sanitary waste.

“We used to have a recycling bin nearby, it was removed. As a result, we also use the underground bins, like I suspect our entire neighbourhood does.”

The underground waste collecting system has become increasingly popular and is already in use in many continental European countries.

The bins, often made of steel, have underground “chambers” that can contain up to three times more garbage than traditional bins.

Only the small intake columns are visible on the surface, a solution that is certainly more aesthetically pleasing but does present other problems, according to a worker at Siantris restaurant located near the bins.

“When people eat outside on hot days the smell is very bad,” he told the Sunday Mail.

While the garbage bags left outside the bins are always picked up twice a week, the underground chambers are never completely emptied, with rubbish permanently sitting on the bottom of the deep chamber from which the stench seeps out.

“You can imagine the stench when we come to work,” the employee at Siantris restaurant said.

“These bins need to be cleaned thoroughly including the bottom of the chamber, as they are bigger than the average bin. I have never seen anyone doing it!”

Another issue with the underground bins is that, whereas in other parts of Europe where they are in use, sensors inform the municipalities when the underground chambers are full, the ones installed in old Nicosia do not feature that particular setting.

The Nicosia municipality, which is responsible for the maintenance of the underground bins, recognised there are issues to be solved, but also defended the choice of replacing the traditional bins.

“We are sorry to hear there are reports of bad smell, especially in the centre,” Nicosia municipality’s Makis Nicolaidou told the Sunday Mail.

“We are certainly going to look into the situation and follow up with the complaints. However, I am convinced that the implementation of underground bins has been mostly positive.”

Nikolaidou said the new system has been highly successful abroad and he sees no reason why it shouldn’t make strides in Cyprus too.

He stressed the effort the municipality is undertaking to improve the centre.

“We are cleaning up Nicosia. The new bins are a part of our effort to make it more attractive for tourists and, despite a few setbacks, we are delivering good results.”

Banking on tech: incumbents and challengers