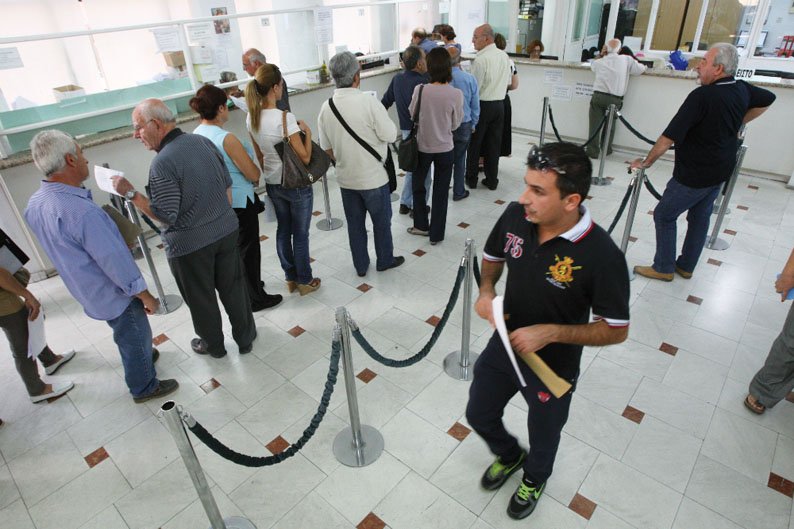 On top of taking the government to court over the pay cuts to their salaries during the economic crisis, civil servants are now demanding restoration of their benefits, arguing that they have lost over €3 billion in the past eight years.

According to the lead article of their mouthpiece, Civil Servant newspaper, which was published on Wednesday, the main government workers union Pasydy has decided to demand the restoration of all allowances to pre-January 1, 2013 levels.

“We are referring specially to shift, overtime, travel, rent, good conduct, overseas and other allowances,” the article said.

Reductions in salaries and pensions, a freeze in incremental pay rises and the cost of living allowance, the right to free healthcare and cuts to the retirement bonus, are already the object of a case currently before the supreme court.

In March 29 this year, the administrative court had ruled that a freeze on incremental pay rises, a 3 per cent contribution to pensions, and a reduction in civil servants’ pay were in violation of article 23 of the constitution regarding the protection of the right to property.

The judgement applied to civil servants as well as persons employed in the broader public sector, such as semi-governmental organisations.

The decision was appealed by the state.

Various estimates have been floated on how much the decisions might cost the state should the administrative court’s ruling be upheld, and the affected civil servants compensated.

The administrative court decisions came at a time when the government had already started to gradually reinstate the austerity-driven cuts.

The minister said all the cuts would have been gradually reversed by 2023.