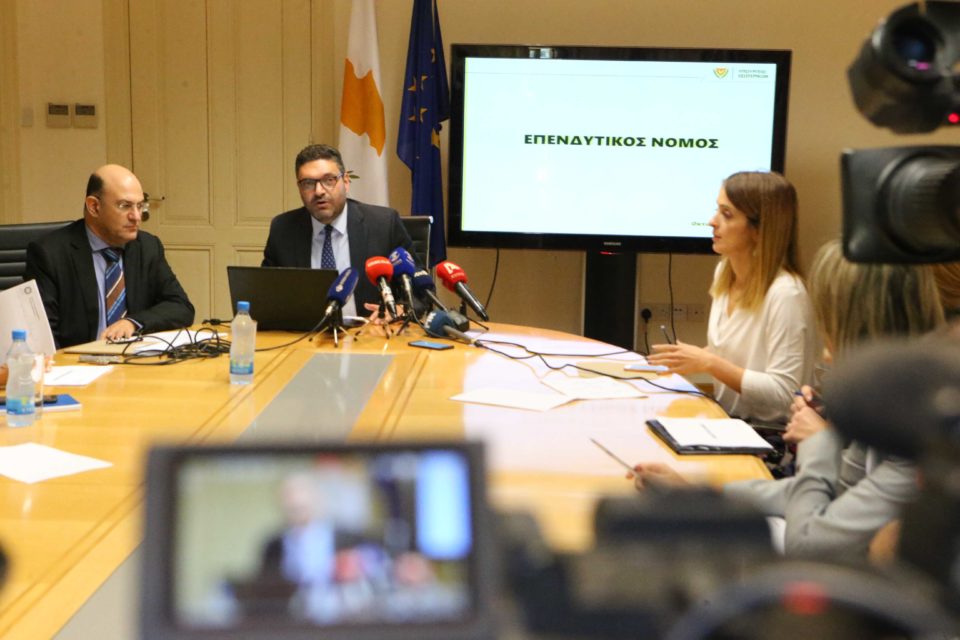 The bill was recently approved by the cabinet and sent to parliament for discussion and a vote.

Under the new proposals, the maximum period to complete licensing is set initially at one year, with the aim of reducing it to six months. The time for granting a derogations is fixed at two months within that one year while environmental opinions will be issued within three months. The authority to issue a licence will be transferred to the Council of Ministers if the agreed timetables are not complied with, he said.

“We believe that, when implemented, it will be a decisive bill that would facilitate the investment of real production that the country needs in order to rectify distortions of the past and facilitate the licensing process,” the minister said.

The bill provides for the introduction of a legislative framework to implement a rapid strategic investment licensing process, creating the so-called one-stop shop.

According to the ministry’s presentation on the law, previous changes merely led to “one more stop instead of One Stop Shop,” since procedures had not changed.

The bill also provides for setting up a Directorate of Strategic Investments at the Department of Planning and Housing with the appointment by the interior minister of a project manager. The project manager will among other things be the sole contact point of the investor with the services involved, will coordinate and monitor the progress of project implementation and will prepare a list of required permits with specified schedules.

According to the minister the new law will provide for a single licensing authority, the Directorate for Management of Strategic Investment, which will be responsible for issuing building permits thus eliminating the need to address 36 building and 10 planning authorities.

The environment department will solely undertake the consultation and opinion on all environmental matters.

The bill also introduces the ‘tailored made investor journey’.

Director of the Town Planning, Kyriakos Kountouros said currently the biggest investment interest is on photovoltaics, health and wellness centres and higher education.

Petrides said that, soon, there will be specific urban incentives for investment in education, social welfare and sports. He also said that new investment in tourism has also increased in recent years.

A list of criteria has also been prepared for projects that qualify to join the rapid licensing mechanism.

For an investor to qualify to apply for rapid licensing they must fulfill at least one of the criteria set.

These include capital investments to the tune of €25m, of which at least 75 per cent coming from primary capital and / or external capital, create at least 100 new permanent jobs of any type or 70 new permanent jobs with an annual salary of more than €1m or invest at least €1m on research, development and innovation. Investments in strategic pillars such as health, education and environment also apply as long as it is €5m and over.

Also eligible will be well-known international companies that aim to conduct business in Cyprus and which must be listed on relevant international lists such as FORBES 2000, NASDAQ 500 and FTSE 350.

According to the minister, the benefits will be tackling delays in authorising and operating large investments, establishing fast procedures with tight timeframes for completing the licensing process and tackling corruption and clientelism.

It will also help upgrade Cyprus’ ranking in international competitiveness indicators in terms of licensing and business operation and reducing bureaucracy.

Petrides also said the legislative framework needs to be flexible and therefore the criteria can be changed if necessary, by decision of the Council of Ministers.