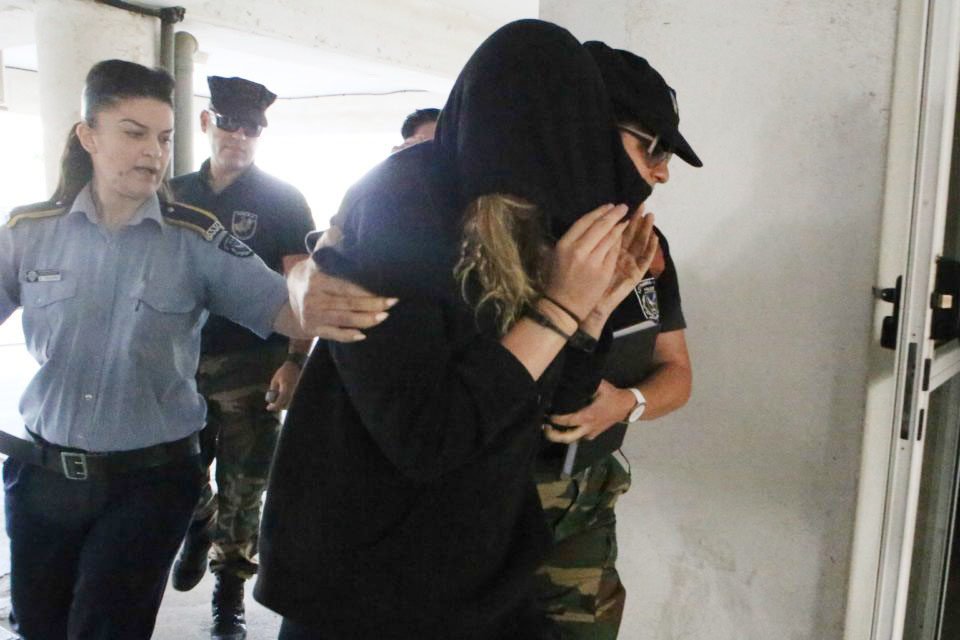 The teen being taken to court for a previous appearance

The judge in the ongoing court case against a British teenager who claimed she was raped by 12 Israeli tourists in the summer and then said police had forced her to retract the claim, on Thursday rejected the latter claim.

He said the defence witnesses were not reliable and dismissed the claims made by the girl and the testimony of experts from the UK.

The court case is now continuing with the testimony of police officers who spoke to her on the night she made the first claim.

A forensic linguistic expert earlier testified that the teenager’s statement retracting claims she was gang-raped at an Ayia Napa hotel was unlikely to have been written by a native English speaker.

The Israelis were arrested and interrogated but later released, with police claiming the young woman had fabricated claims and withdrawn her complaint, however, she has insisted her retraction was extracted under duress and typed up by police without her input.

The accused has said the statement was written in “Greek English,” a reference to the poor grammar and sentence structure. In previous testimony, she asserted: “There were grammatical mistakes all the way through”.

The language expert, who is a top forensic linguist, applied a methodology to the word usage to demonstrate it was highly unlikely that the disputed retraction statement was composed by a native English speaker.

A psychologist has also given testimony via video-link confirming the young woman was suffering from post-traumatic stress disorder (PTSD).

After being charged, the teenager spent over a month at the central prison in Nicosia before being allowed conditional bail at the end of August.

After the retraction was made, the girl faced one charge of public mischief, the trial for which will now continue.

“If the final decision will be against us, we will appeal,” he said.

After a recess, the Cypriot defence lawyer questioned Sergeant Marios Christou, the police officer the teenager claims dictated to her what to say after being forced to change her story. The questioning was, however, interrupted by the judge who said the case was not about the rape, but about the public mischief charge.

Polak said that if they prove rape happened it would be obvious she did not lie.

The trial will continue on Friday, when according to Polak prosecutors are expected to introduce their witnesses while defence will ask to put the teen back on the stand.

Smartphones with up to 40% discount with Unlimited plans by epic

Scooter rider in hospital after being hit by car