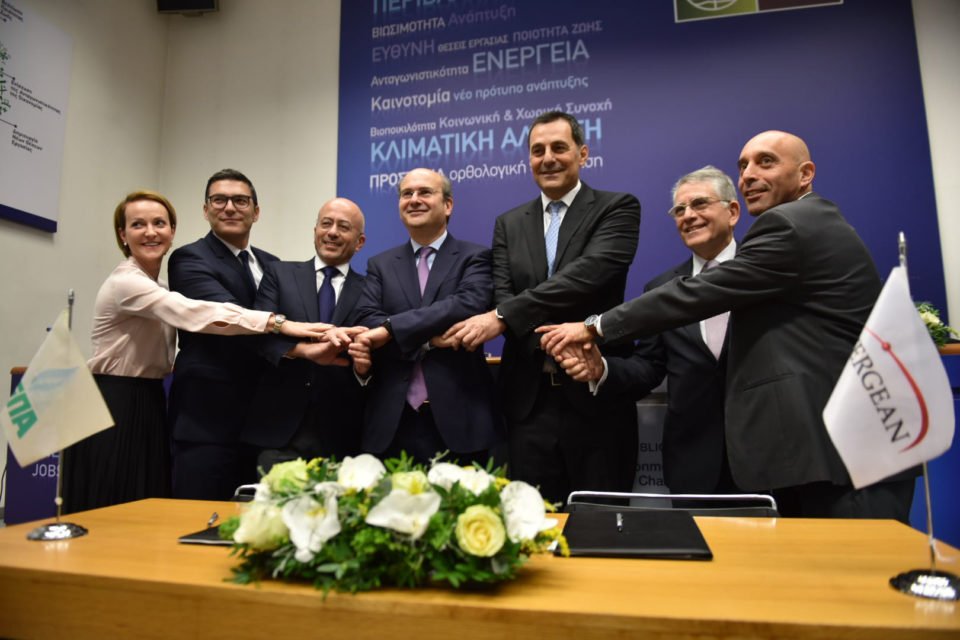 The first commercial deal for the EastMed pipeline was signed in Athens on Thursday between Greece’s Public Gas Corporation (Depa) and Energean, ahead of the intergovernmental agreement between Cyprus, Greece and Israel.

Depa and Energean concluded a Letter of Intent (LoI) for the potential sale and purchase of 2 billion cubic metres (bcm) of natural gas per year from Energean’s gas fields offshore Israel, where the company is investing $1.7 billion for the development of the Karish & Tanin fields.

According to a joint press release, “additional details, including terms, delivery points, gas composition, the shipper of the EastMed pipeline etc. will also be agreed and detailed in the Gas Sales Purchase Agreement.”

Constantinos Xifaras, CEO of Depa, stated: “With the agreement we have signed today – the first agreement for the commercial use of the EastMed pipeline – we are taking a decisive step for the project’s commercial viability and its realization.

“With the present LoI, Depa expresses its intention to buy 2 BCM of gas, which corresponds to 20 per cent of the EastMed’s initial capacity. Thus, a major producer of East Mediterranean gas (Energean) and a key distributor of gas in South East Europe (Depa) are joining forces to ensure the success of the pipeline.”

For his part Mathios Rigas, CEO of Energean, said: “The agreement with Depa is an important development in the context of the EastMed pipeline project, which now has not only the support of governments and the EU but is also attracting commercial interest from buyers and sellers of gas in the region.”

He added: “The EastMed pipeline provides Energean with another monetization route for its strategy to fully utilize the Energean Power FPSO that has an 8 bcm/year capacity and further allows us to continue the exploration and development of our nine licenses offshore Israel.”

In remarks after the signing ceremony, Greek Minister for the Environment and Energy Costis Hatzidakis said the LoI marks a milestone in the development of the EastMed, which several analysts had dismissed as unfeasible.

“It may be that this pipeline was a pipedream for some, a nightmare for others, but today we have seen the foundations being laid making it a reality,” Hatzidakis said.

The EastMed project, he stressed, is not directed against any nation.

“Rather, it is a coalition of forces working for peace and progress in the broader region. This coalition sees energy not as a source of conflict, but as a catalyst for peaceful coexistence among all nations and peoples.”