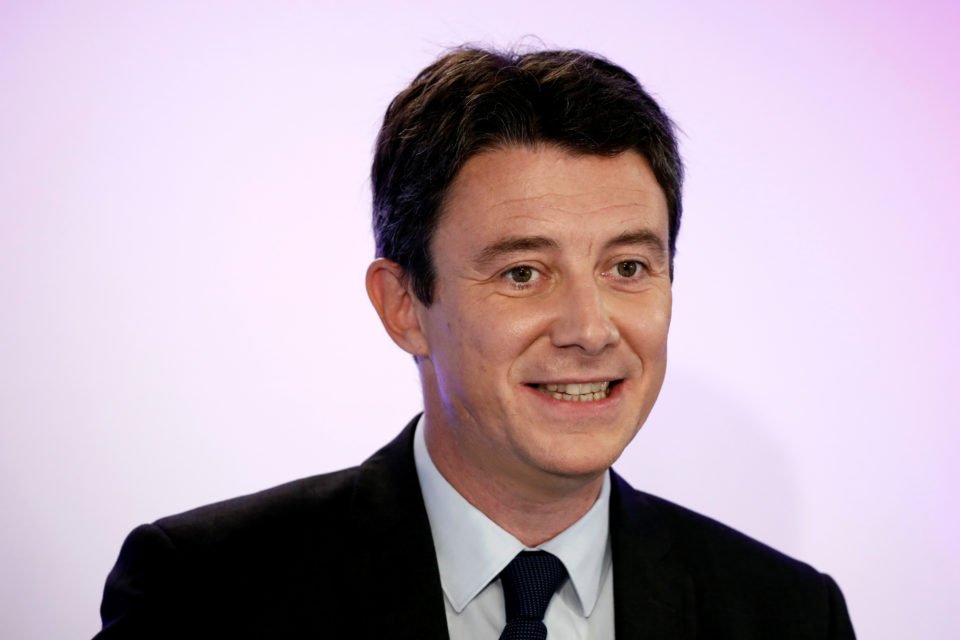 French President Emmanuel Macron suffered a setback on Friday when one of his closest lieutenants, Benjamin Griveaux, pulled out of the race to become mayor of Paris after it was alleged he sent sexual images to a woman who is not his wife.

“I have decided to withdraw my candidacy from the municipal election,” Griveaux said in a video statement.

He said he and his family had been subjected to months of anonymous statements defaming him, and threats to disclose private conversations stolen from him.

A new level had been reached on Thursday with “websites and social networks carrying ignoble attacks about my private life,” he said

A Russian dissident artist, Pyotr Pavlensky, published screenshots of an online chat which he said was between Griveaux and a woman who is not his wife and exposed his “hypocrisy”.

The chat included a video showing a man’s genitals. Griveaux has not disputed that he sent the messages.

Griveaux, 42, is one of the “Macron boys” – the clique that helped propel the former investment banker to the Elysee Palace.

He started in politics as an adviser to Dominique Strauss-Kahn, the former head of the International Monetary Fund who in 2011 was charged with sexual assault on a maid in a New York hotel. Prosecutors dropped the charges, and Strauss-Kahn said the sex was consensual.

Griveaux was central to Macron’s bid to control the French capital and build a local power base for his party in mayoral elections next month.

His mayoral bid though was already struggling, with opinion polls showing him in third place.

Macron’s LREM party had chosen Griveaux to represent it in the Paris mayoral campaign over Cedric Villani, an eccentric mathematician.

Officials from Macron’s party were planning to meet to decide what to do. It was unclear if the party would now rally behind Villani, the rebel lawmaker who was expelled from the LREM last month, or field another candidate.

Griveaux, a divisive figure, alienated many within his own camp after his selection by referring to party rivals as “arseholes” among other insults in a leaked conversation with journalists.

Paris Mayor Anne Hidalgo as well as rival Villani both expressed support for Griveaux, saying his right to privacy should be respected.

French politicians from all camps denounced in unison the leak of private material, which many said constituted an unacceptable Americanisation of politics in France, where politicians’ private lives have long been considered off limits.

“We must collectively be responsible and say: not here, not in France,” Guérini said.

Pavlensky, who published the sex video, is best known for works of performance art including nailing his scrotum to the ground in Moscow’s Red Square, and setting fire to a door at the headquarters of Russia’s state security agency.