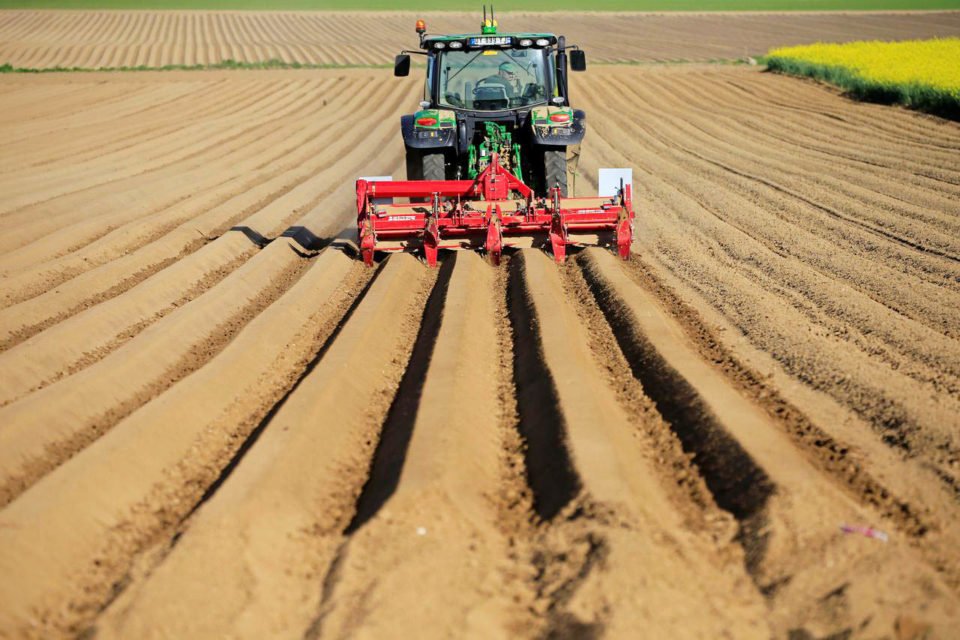 A farmer drives his tractor in his field as he plants potatoes in Estourmel near Cambrai, France

French dairy and crop farmer Jean-Claude Pette relies on European Union subsidies to keep his 200-hectare farm afloat. But he worries support could be cut as governments seek ways to plug a budget hole left by Britain’s departure from the bloc.

Pette receives 58,000 euros in subsidies annually, more than the 45,000 euro income he earns from his 100 dairy cows and fields of cereals and sugar beet.

He said President Emmanuel Macron must insist on those payouts being left untouched when EU leaders meet this week to thrash out the bloc’s next seven-year budget.

“Unfortunately, if you look at the prices we sell our produce for today, we need those subsidies to survive,” Pette told Reuters on his farm 80km (50 miles) outside Paris.

Pette is far from alone in France, the EU’s biggest agriculture producer.

Agriculture contributed just 1.1% to EU gross domestic product while the bloc’s Common Agricultural Policy (CAP) is the single largest component of the EU spending, accounting for 38% of the 1.1 trillion euro 2014-2020 budget.

EU leaders are divided ahead of the Feb. 20 summit over the size of the budget and spending priorities as climate change, defence and immigration jostle with more traditional needs such as farmers and infrastructure projects.

France says there can be no reduction to the CAP budget and Macron is under acute pressure to win traditional arm-wrestling with proponents of a streamlined budget like the Netherlands and Sweden.

Farmers are unhappy with Macron, a former investment banker, over issues like pesticide restrictions and a landmark free trade deal brokered with South American countries.

Meanwhile, legislation aimed at sharing profits more fairly along the food chain have yet to be felt at the farmgate.

Macron’s government says it has heard the farmers’ demands.

Paris dismissed an initial proposal in 2018 by the European Commission, a 5% cut to the CAP budget post-Brexit, and French officials point to the backing of most EU countries to at least keep farm spending at its current level.

“For us, a drop in the agricultural budget is not an option,” a French diplomat said.

Macron, an ardent Europhile championing calls for the EU to become more assertive on matters such as trade and defence against China and the United States, said this month the EU budget needed to match the scale of its ambitions.

But he will have to contend with among others the so-called “frugal four” — the Netherlands, Austria, Sweden and Denmark.

The Dutch say they won’t accept making an increased contribution to the 2021-27 budget. Farming was one area where the Dutch government saw room for budget cuts, one official said, adding the country wanted a greater focus on climate and the environment in farm policy.

Beyond the size of the CAP budget, EU countries have options to reshuffle spending, including capping payments to larger farms, harmonising subsidies between newer and older EU states, and giving more leeway to each country to allocate CAP funds.

Making the CAP more environment-focused might be the reform path that wins most consensus. But this could be tough for Macron to sell to farmers already exasperated at being cast as polluters.

Pette, who joined hundreds of French farmers in November blocking highways leading into Paris, said a further greening of the CAP would devalue subsidies.

“If we’re faced with environmental and society demands that are unattainable economically, the fact we receive aid payments won’t be enough to offset our losses,” he said.