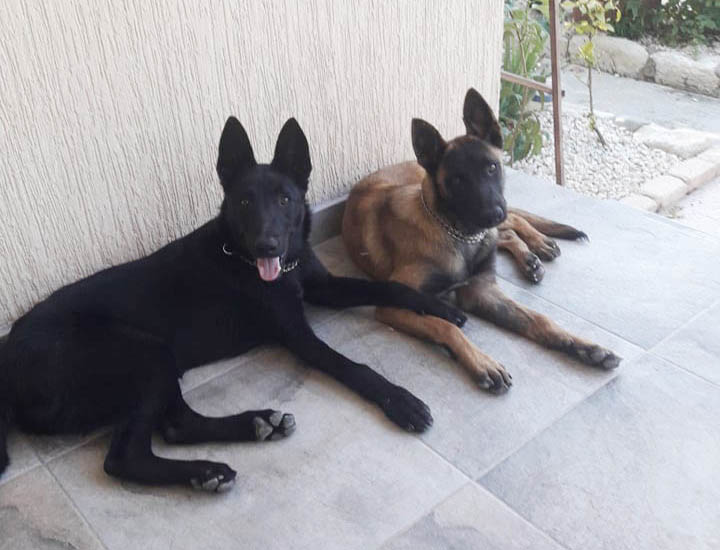 The two dogs were killed in December 2018

A Paphos resident appeared in court on Friday and pleaded not guilty to charges of shooting dead two dogs after they entered his property.

The incident occurred in December 2018 in the Paphos village of Timi.

“The dogs evaded the owner’s attention and ran into the neighbour’s garden, about 800m away – which was not fenced off – and chased the neighbour’s rabbits,” head of the Animal Party Kyriacos Kyriacou told the Cyprus Mail on Friday.

The two dogs, both Belgian Malinois, were then allegedly shot by the neighbour. One died on the spot and the other at a private clinic.

In court, the neighbour denied killing the dogs and will appear again on March 16 as the public prosecutor carries the case forward.

The owner of the dogs admitted he did not have the necessary paperwork or a microchip but denied the dogs had escaped. He will appear in court over this on June 19.

“Not only were the dogs members of the family, but one of the sons who was especially close to the dogs hasn’t gotten over what happened,” Kyriacou said. “It was an unbearable pain for them.”

The state is pressing the case against the neighbour while the owner of the dogs is also pursuing private action as well.

“There are animal welfare laws and penal codes – if he’s found guilty it could be up to a year or two in jail, a fine of 800 euros or even more severe fines,” Kyriacou said, commenting on the outcome the Animal Party would like to see.

“In the case of Billy a man was jailed for four months – but of course every case is different and we recognise that.”

In January 2018, a former hotel employee was found guilty of the abuse of Billy the dog in 2014. He was handed four months in prison without suspension.

Billy was reportedly chased by two Protaras hotel employees because he was on the hotel’s grounds, beaten and thrown alive into a cardboard crusher.

When asked whether society has progressed in terms of animal treatment, Kyriacou said “there is progress but the improvement is very, very small.”

He pressed the point that “animals are innocent – whatever we teach them and however we behave to them is how they will react.”