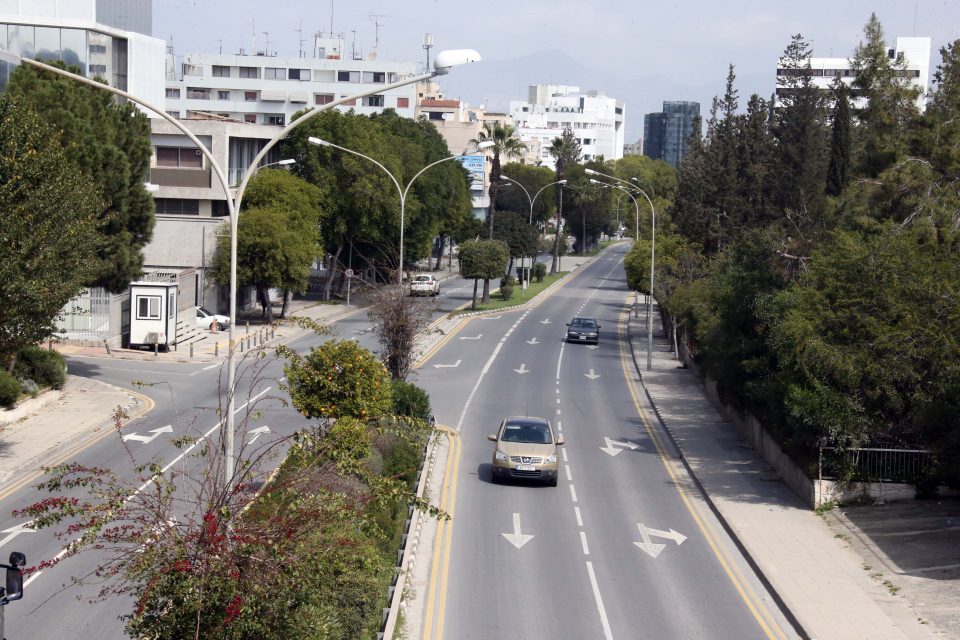 A deserted street on Wednesday (March 25) as people stayed home

People are still abusing the permits for movement, Interior Minister Nicos Nouris said on Saturday, adding he did not rule out tightening restrictions even further.

Speaking to state broadcaster CyBC, Nouris said the government is not satisfied with the way the public have reacted to present measures.

Nouris said that everyone must realise that they should use their permits only in exceptional cases.

There has been an unjustified increase in movements and increased controls could be introduced over the weekend, he said.

He said that they might introduce restrictions to how many text messages a person will be able to send to 8998 for permission to leave their homes and changes to the printed forms.

In the meantime, police on Saturday said that persons who choose to use handwritten notes for their movements for various reasons must make sure they include all the necessary information.

The reminder comes after complaints to the Cyprus Mail over rumours that people had encountered problems for not sending text messages to 8998 for approval of purpose of movement.

Police told the Cyprus Mail there had been no changes over the procedure; the public must fill out and present either the printed forms, send text messages to 8998, or present handwritten notes.

But apparently there have been problems with handwritten notes not including all the necessary information.

The handwritten notes should include the bearer’s full name, date of birth, ID or passport number, residence address, the time of movement and the purpose of the movement which must conform to the reasons cited in the government decree. They must also sign and add the date. Bearers need to also present their ID or passport.

The interior ministry announced on Saturday that it has set up two phone lines for the public to call for clarifications on movement restrictions but also other measures concerning the decrees on measures against the spread of coronavirus. The numbers are 22 421600 and 22 495666.

Between 6pm on Friday and 6am on Saturday police booked 129 drivers and pedestrians for violating the government lockdown on free movement, a spokesman told CNA.
The violations came during 3,502 checks.

Premises were also checked with 1,412 inspections and three bookings for violating the closure decree.

The video below shows the empty streets of the capital.

Hopefully the above information has clarified things for you. As it was previously mentioned, if you are not sure whether you want to allow the cookies or not, it is usually safer to leave cookies enabled in case it interacts with one of the features you use on our site. However, if you are still looking for more information, then feel free to contact us via email at [email protected]l.com