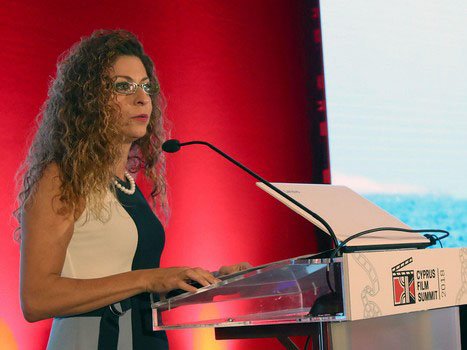 The Director of the Press and Information Office, Sophie Michaelides

The administrative court on Wednesday cancelled the 2017 appointment of the current director of the government’s Press and Information Office (PIO), arguing that the public service commission had improperly exercised its discretion to choose her over another candidate who was more qualified.

Sophie Michaelides’ appointment was appealed by the current central bank spokeswoman Aliki Stylianou who argued that her qualifications and longer experience had been ignored by the commission who made its selection based on the oral exam.

Thirty-four candidates applied for the position and 10 were shortlisted to take the oral exam.

The process was attended by the interior ministry permanent secretary who graded Stylianou with ‘good’ and Michaelides ‘excellent,’ recommending her for the position.

The commission graded Stylianou with ‘very good’ and Michaelides ‘excellent’ but it did not adopt the permanent secretary’s recommendation.

It eventually chose Michaelides over the rest of the candidates, considering her as most suitable.

Stylianou appealed the appointment arguing that she had an advantage by having a Master’s in public sector management from CIIM, which she had received credit for by the commission. Case law says the holder of the degree has a lead over a candidate without one.

She also argued that she has better qualifications as she had a second master’s in European studies while Michaelides did not hold a master’s degree.

The judge upheld Stylianou’s case on all points, saying that the commission had ignored her advantage, wrongly focusing on solely on the oral interview.

“It is judged that the commission had improperly exercised its discretion, deciding to choose the respondent to fill the position.”

Clubs advised to recall players for possible return to training