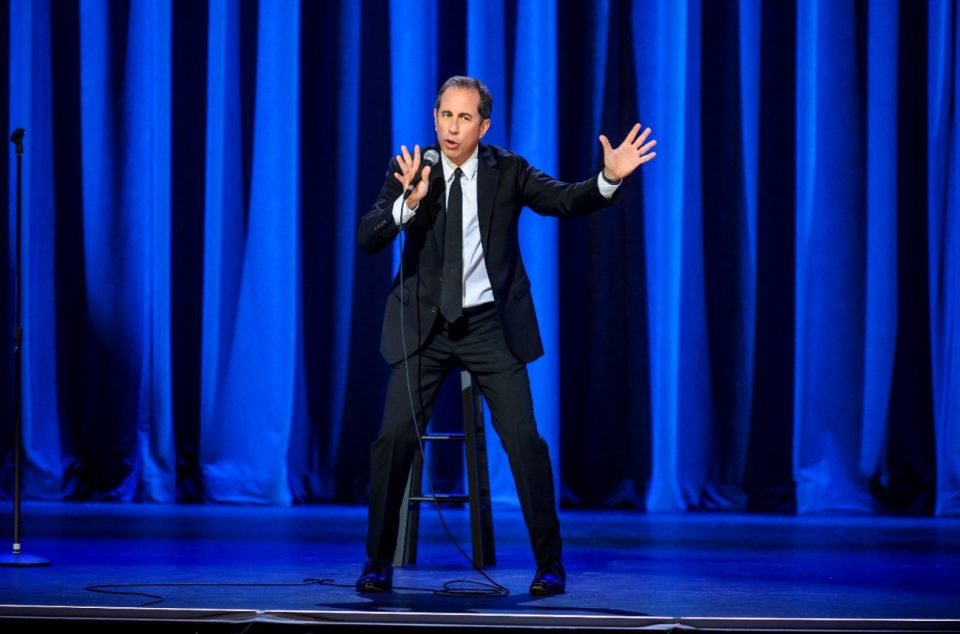 In 23 Hours To Kill, released to much acclaim on Netflix last week, comedian Jerry Seinfeld outlines what displeases and irritates him. Disgruntlement, of course, is what drives most comedians.

Seinfeld is known as one of the creators of modern observational humour, and in his latest show touches upon topics and themes like making plans with friends, going out to restaurants, the modern obsession with phones, marriage, and more. It’s surprising how often you agree with him.

The hour-long special is material filmed last summer and is Seinfeld on his usual sparkling, well-written form. It is easy to recall why the nine seasons of his show set loosely round his life in New York were so popular.

With an ability to draw you into what seems like an impersonal situation Seinfeld then lulls you into a sense of having a tailor-made experience. Ironically, he achieves this by extracting the generic from the specific. His experience shines through. And while he piles on what it is he has an aversion to, he also implies what he likes.

And Seinfeld likes structure. He has an intimate relationship with it, in fact. Take the title: 23 Hours To Kill. Why not 24? Because the missing hour is the time you, the audience, spends watching Seinfeld on stage. That missing hour is also his launchpad, the point from which he dives into his first segment, a succinct sermon on why nobody likes being anywhere. His transitional sentence is also one of the few times he allows for some self-deprecation. “If you were me, would you be up here hacking out another one of these?”

As for the remaining 23 hours, Seinfeld magics most of them into the 45-odd minutes that constitute the middle and most substantial part of his special. It’s hard to notice the seven distinct segments his show is broadly split into. These include the notion of things sucking, modern digital interconnectivity, the human need for assembly and group-forming, marriage, and parenthood.

The latter two arrive at the exact midpoint of his hour-long special. “I wanna take you into Jerry’s little world,” Seinfeld says, signalling the change from the externally derived to the internally derived.

He compares and contrasts to highlight both differences and similarities. “When we go in there, as long as we know what’s what and who’s who, whatever happens, happens, and it is what it is”, he states, showcasing the vast array of inane, repetitive statements that have embedded themselves into our daily lexicon.

The special is not flawless, naturally, with some missteps along the way including his analogy of modern mobile phones as pimps. The selection of words within it feels ill-fitting coming out of Seinfeld’s mouth and the whole thing becomes momentarily awkward. Thankfully, he doesn’t linger on it for long.

Seinfeld fans will have enjoyed this special and will be glad to note he closes on a high. He does exactly that, killing the hour with assuredness and aplomb.