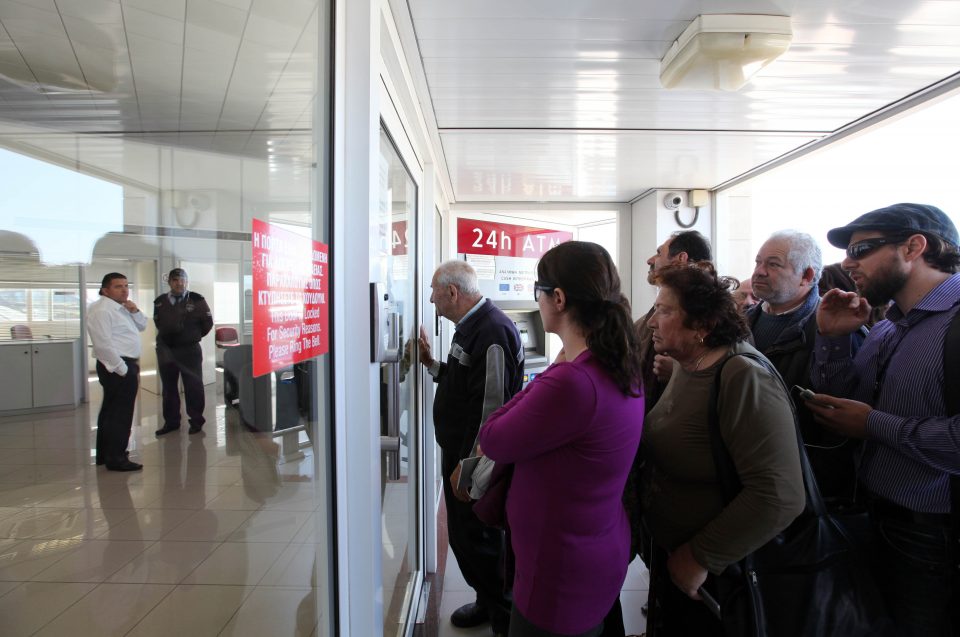 Cyprus’ state legal service has said the claims of over 900 Greek nationals seeking compensation for the money they lost in the 2013 haircut on deposits have no grounds.

In total 965 depositors and bondholders from Greece sent the Cypriot parliament a letter calling on MPs to exert any influence on the President of Cyprus, for a speedy resolution of the issue, “in a case that is almost certain to end in our favour.” They said they sent a copy also to the Greek government calling for pressure at the highest level.

Last February, the international Centre for Settlement of Investment Disputes (ICSID), accepted jurisdiction over arbitration proceedings initiated by 951 Greek individuals (bank depositors and bondholders) and seven companies, claiming that they sustained heavy losses as a result of Cyprus’ 2013 financial crisis.

They claim to have lost around €300m in total. The claimants say the Republic of Cyprus rendered their bonds worthless and substantially decreased the value of their deposits when Laiki Bank was absorbed by the Bank of Cyprus—were found to be admissible.

The group said in their letter on February 7, 2020, the Republic of Cyprus suffered a very serious legal “blow” as ICSID examined their claims against the Cypriot state – claiming they  suffered a de facto expropriation of their property through the imposed bail on Greek nationals and legal entities – and decided that the case will proceed with the assessment of the guilt of Cyprus before the end of 2021, probably in November.

“This means that at some point in the next year, the President of Cyprus, Mr [Nicos] Anastasiades, former ministers of finance, the former Governors of the Central Bank, Mr [Panicos] Demetriades and [Athanasios] Orphanides, several members of parliament and some government officials will be called to testify as witnesses,” they said in the letter prepared by the group’s lawyers, published by the Cyprus News Agency.

Given the need for the two “sister countries” to maintain a united front against the common enemy, they said, “we believe that this letter will raise awareness among the two countries’ top political officials to avoid what’s to come.” The group also warned that should Cyprus refuse to pay compensation voluntarily after the final award of the international arbitration as it lawyers unequivocally state “in a provocative, outrageous manner”, it will be forced in compulsory execution of the decision.

“As a result, Cyprus will, for this reason, be classified as a pariah state by the international community, such as Venezuela and North Korea, with irreparable consequences for its economy and international status,” they said. “The saddest thing is that this will have happened, refusing to comply with a decision of the International Arbitration Court involving its Greek brothers.” They also said this case had already cost the Cypriot taxpayer around €14.8m in legal fees while the longer it goes on, interest would be added to this figure. It has now exceeded €418m compared to the initial €209m they were claiming. They added that 13 claimants had passed away last year.

A representative from the state legal service told CNA that this was an effort to exert political pressure, saying the group’s claims were completely unfounded and noted that similar allegations about the consolidation measures have already been rejected by other arbitral tribunals, by the General Court of the EU and the Court of Justice of the EU.

According to the representative, the Republic of Cyprus has raised objections to the jurisdiction of the ICSID to take into account, in particular, any objections to the nature of the case regarding the mass claim and invocation of claims by international investors between EU member states which have been overcome by European law since the accession of both countries to the EU.

The international arbitral tribunal, by a majority, ruled in favour of the existence of jurisdiction over the claims, while the third arbitrator issued a minority opinion against this, he said.

He added that Cyprus disagrees with the decision of the majority, which, if necessary, can be challenged after the end of the arbitration.

The Republic of Cyprus, through the legal service, the Central Bank and the Ministry of Finance, in cooperation with the international law firm Curtis Mallet-Prevost Colt & Mosle, is defending the case before the ICSID, he said.