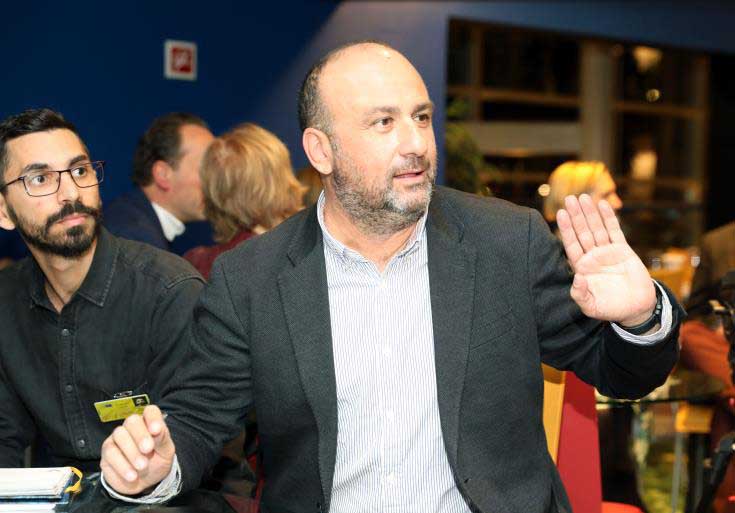 MEP Demetris Papadakis, who was ousted by Edek over the alleged misuse of EU funds, said on Friday he was considering reporting Cypriot authorities to the EU, after the attorney-general cleared party chairman Marinos Sizopoulos of any wrongdoing during the process to expel the MEP.

Papadakis had reported Sizopoulos back in February for destroying the evidence that supposedly justified the MEP’s expulsion from the party, violating his right to a fair trial.

In a statement on Friday, the MEP accused the authorities of delaying seeking the documents, which the party leadership insisted it had.

“It has been proven once more that the institutions of the Republic of Cyprus do not serve the rule of law when they must function objectively and without bias to serve their purpose,” Papadakis said. “

The MEP said he was expelled from the party with purported evidence, which the leadership then destroyed, violating his right to a fair trial.

“Unfortunately, as it sadly turns out, this violation received the blessings of the institutions of the Republic of Cyprus.”

Papadakis said the decision was suspicious as it offered no justification or explanation, legal or otherwise.

“In one line it says there is no criminal offence by the destruction of evidence. The decision … on the matter, the inexistent justification in combination with the timing, raised serious questions about the state’s institutions,” he said.

Sizopoulos had declined to give police a statement over the allegations, which, along with certain other internal party issues, were used to oust Papadakis.

He insisted that the information was passed on to EU authorities, even when visited by two CID detectives after refusing to go the police HQ for a statement. Police said they would ask the attorney-general for further instructions.

The Edek chairman said Papadakis had not been ousted on this evidence.

“It is clearly a political case and concerns the fact that he has systematically violated the unanimous decisions of the party’s bodies. The rest do not concern and are of no interest to us,” Sizopoulos said.

According to the charge sheet used to eject the MEP, who continues to hold his seat in the European Parliament (EP), Papadakis had refused to share an office with the party’s European affairs office when “from June 2014 until today, the MEP’s office is housed together with a private for-profit company, covering all the expenditure with funds from the EP.”

Papadakis was also accused of breaching an agreement he had entered into with Edek where upon his election as MEP on their ticket he undertook to uphold certain obligations expected of party officials as stipulated by party rules. Namely, that he would relinquish 10 per cent of his monthly salary to the party.

“Specifically, you only paid 10 per cent for January 2019 and from August 2019 until today. The rest of the time, your contribution was either nil, or €20 per month,” the sheet said.