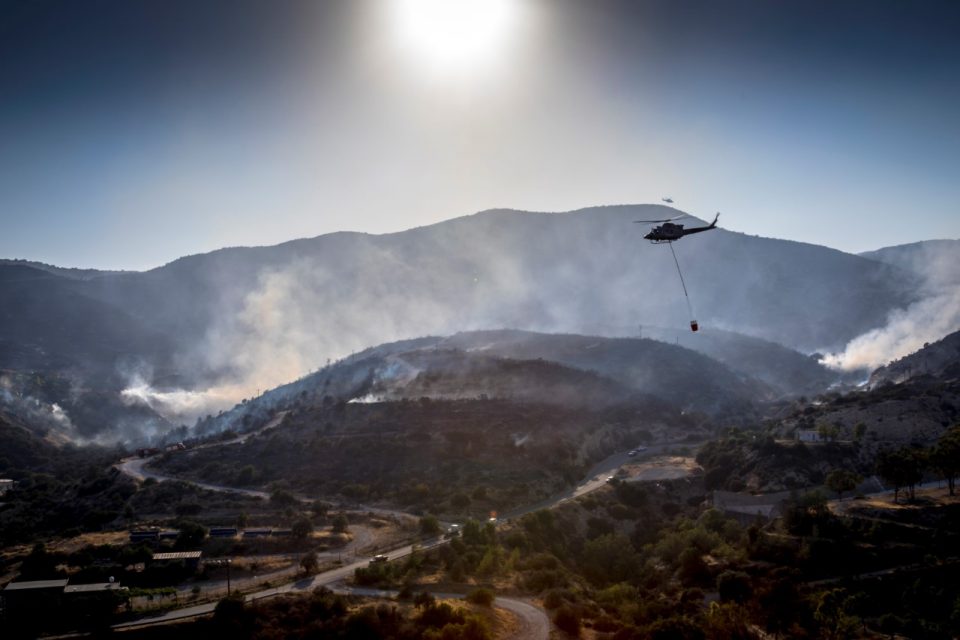 The unprecedented nature of the Covid-19 outbreak has put every department within the British Forces Cyprus (BFC) under more pressure but this has not stopped 84 squadron working alongside the Republic’s fire services to provide key support, the British Forces announced on Thursday.

BFC’s command fire officer Alex Middleton said there had been high volumes of fires so far this year and pointed to the squadron’s work in tackling many of those blazes.

Much of the success in fighting fires as they continue to break out islandwide, is down to the continuous training the crew undertake and according to the commanding officer, squadron leader Alan Ross, it is essential to ensure his team understand the working practices of their Cypriot counterparts.

Part of it involved simulating wildfires, which were extinguished by airborne crews.

“Icarus 2020 provided a brilliant opportunity for 84 Squadron to meet and train with our Cypriot friends in the Cyprus police, national guard and forestry commission,” Ross said.

“The exercise happens once a year at the start of the firefighting season so we can all refresh our operating procedures as part of the national response plan and build on strengthening relationships forged over the previous years.”

In preparation for the fire season, during the cooler periods, 84 Squadron held weekly meetings to plan sorties to ensure they maintained key skills.

According to the announcement, this proved highly-successful last year after the squadron battled multiple wildfires and assisted Cyprus by dropping more than 200 tonnes of water in support of firefighting efforts.

“84 Squadron’s firefighting capability could not be achieved without our civil service staff, operations assistants, military aircrew and most importantly, our civilian engineering team pulling together and working around the clock, truly delivering a whole-force approach to protect people and save lives,” he added.

“I am very proud of the hard work and effort by everyone on the 84 Squadron team, the results speak for themselves.”