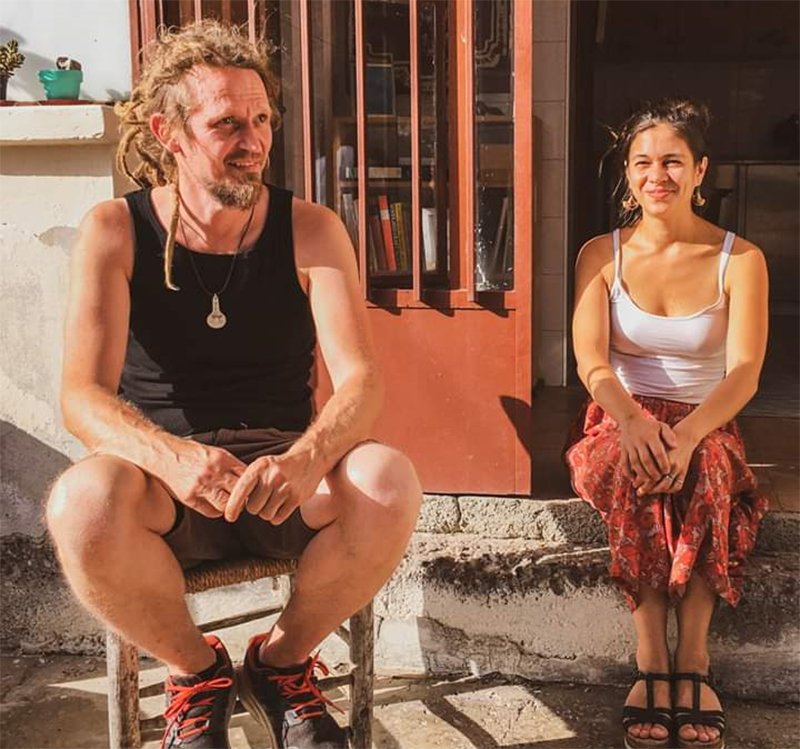 The Phini chair is a traditional Cypriot object that like many others is getting lost. A new exhibition aims at presenting an essential part of the culture and how it can be reassessed. MELISSA HEKKERS finds out more

Although none of us could imagine life without them, chairs in households are not that old. “They started out as thrones and people wanted to have something like that in their homes,” Konstantina Achilleos and Tuomas Venalainenas revealed as we delved into the history and tradition of the Phini Chair. And they should know as they are preparing an exhibition called The Phini Chair and Its Value next weekend, which is the culmination of a project they have been working on since 2018.

“In the past, Cypriot communities were quite poor and houses didn’t have chairs. We don’t have a specific date when chairs became popular in households here, but we know that there is a short time in European history when people made their own chairs and had them in their homes up until they were industrialised,” Konstantina said.

It’s within this time period that the duo, known as the Dio Dio Handicraft Collective, base their research. They have been studying the culture and local craft making of the Phini Chair with the aim to raise appreciation for cultural heritage from within Phini village, where they now reside. The exhibition in question is part of their wider effort to revive the know-how and culture surrounding the traditional craft.

“We want people to know more about the Phini Chair. First of all, we want the knowledge to become alive so that we don’t just say that our grandparents knew or know about it,” Konstantina said, plus “we give workshops where people can learn the techniques so that the tradition is also physically revived as a skill; people can begin to fix their own chairs and get some skills from their own culture again”.

Learning about one’s culture and tradition could be done through practising any craft, admitted Tuomas, originally from Finland. “For me it’s a way to study the history of handicraft, like a tool; if you pick something that’s interesting and you go deeper into the subject, it’s a learning curve, it gives you a chance to do things and while studying it, it also gives you values.” The Collective’s interest in the traditional Phini Chair arises from the values it represents, such as its transparent production methods, its short supply chain and responsible consumption habits.

“I also love the fact that its part of people’s cultural identity and this often gives them warm feelings about this object even although its also global, the same chair model exists in many parts of the world, in the whole of the Mediterranean, in Britain and other places, but for people here it’s still something that belongs to their own cultural identity,” Konstantina added.

Initially, when the duo began researching about the chair – by living in the village, being in contact with the craft as well as by digging into archives – they found very little information about it. “We felt that we had to dig deeper and put it into archive ourselves, so that people can read about it and research it,” Konstantina said. 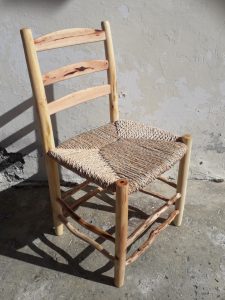 But they still ask themselves what defines the Phini chair exactly. “In most cases it is made out of two different trees, but there are varying stories about the chair and there is information about other village chairs which are very similar and are also called the Phini chair; different villages had different models and if you don’t look closely you won’t see the difference,” Tuomas said.

“It’s a pre-industrial chair so its shape is very much like the natural shape of the tree, as you find it in the forest,” Konstantina added. Eventually, the Phini chair was produced on a big scale; coffee chops and restaurants used it, as, reportedly, did the first cinemas which had the industrial version made by small chair making workshops.

Most of us who have lived in Cyprus for more than a decade will have come across the Phini chair. It’s charismatic. But its presence in people’s homes is becoming rarer. Bearing this in mind, and to ensure its heritage is kept alive, it needs to reflect present day needs, which is why the exhibition invites various artists to present work around the subject and bring the sleeping craft into the modern day.

“For a product to be alive it has to have a purpose, it cannot be a museum object and there are different ways to avoid this; you can create a new object or you can learn to use the old object again,” Tuomas said.
Through the exhibition, “we also want to show that there can be many perspectives to the chair and that this heritage can be many things, it can be print work, which is not of the Phini chair but a similar chair,” Konstantina said referring to Hambis Tsangaris’ work, who will participate in the exhibition. Yiorgos Maratheftis, another artist to participate in the exhibition is a designer from Phini and has his own perspective on the local heritage.

The exhibition will also host a theatre group who through shadow theatre will tell a story about the chair.

The evolution of the most beautiful women