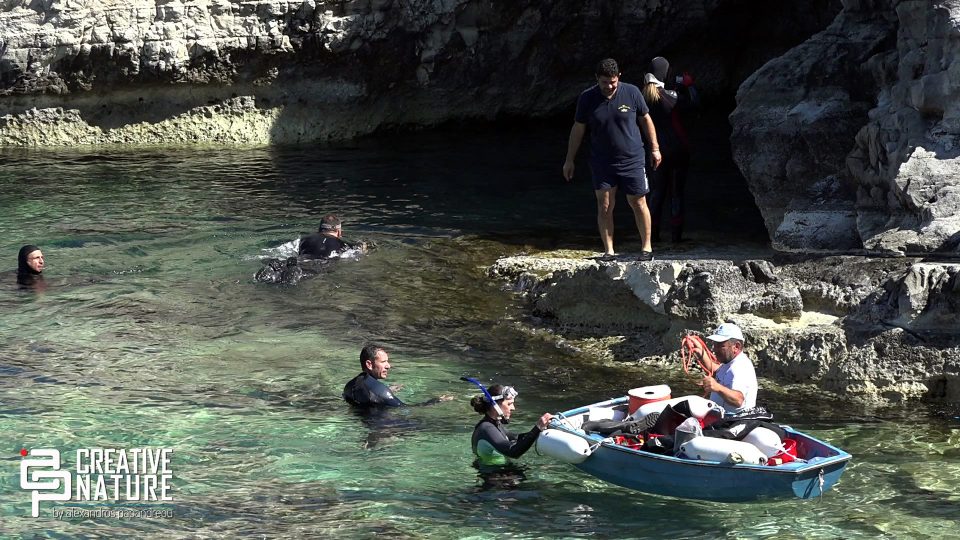 A video was released on Wednesday recording the cleaning last year by staff of the department of fisheries and marine research of the Sea Caves in Peyia, which is an important place nesting area for the Mediterranean Seal Monachus  monachus.

According to the seal monitoring team, one of the caves was afflicted last year by petroleum waste brought in by currents the area.

The fisheries department, after evaluating the situation, devised an action plan to clean it up.

Around 20 people worked on the clean-up over a two-day period to remove the oil from the cave, taking out some 3,500 kilos of waste oil.

The video of the operation has just been posted.

“Today, one year after its successful restoration, the cave is systematically monitored by the team but also through technology, with the installation of cameras,” the fisheries department said.

“There is now only clean sand in the cave and it is ready to host the seals… hoping for new births soon!”

It added that the Mediterranean Seal Monachus  monachus was the most endangered species of seal on earth and the only species that lives in the Mediterranean, with a total population not exceeding 700.

The species uses the sea caves for rest and reproduction. In Cyprus its presence was recorded for the first time in 1959, the department said.

From the available data, during the period 1970-2010 the appearances of the seals were sporadic and rare.

Since 2011 there has been reproductive activity of the species off the island and today there are an estimated 19 seals off ​​Cyprus.