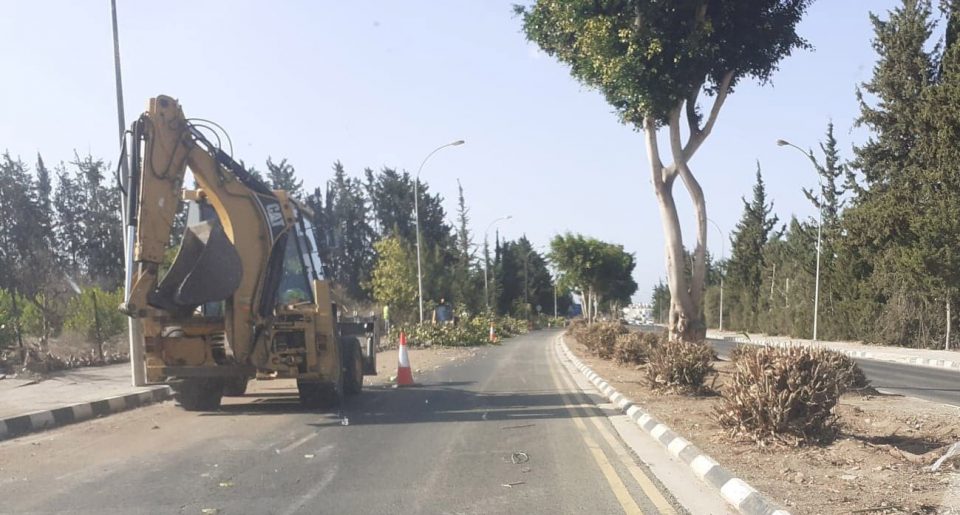 A war of words between Paphos municipality and environmentalists over the recent felling of a number of trees is rumbling on with a demonstration against the action planned for outside Paphos town hall on Sunday.

“The attempt of the municipality of Paphos to blur the waters and deflect attention of why the trees were cut in the first place and to try to make it all about the numbers felled is ridiculous. Instead of answering for the ignorance of municipal councillors for the execution of the crime and apologising for their mistakes, the multiplicity announced that the number of trees cut were not 120 but less. Like that’s the point,” the Paphos Greens said on Tuesday.

Initially, the Paphos Greens hit out at the mayor and municipality for cutting dozens of trees and carrying out what they described as “indiscriminate deep pruning” on others, along Europe Avenue.

However, mayor Phedonas Phedonos and the municipality rejected the accusations that the moves were unnecessary. Instead they said that the “sick trees” needed cutting and everything was done legally and with the forestry department’s permission.

They also clarified that Phedonos did not sign or give any instructions for cutting down the trees and the matter was handled by the competent office.

However, the claim that so many of the trees needed to be cut was rejected by environmentalists who said that around 120 trees had been destroyed unnecessarily.

But, the municipality called this “false and fake news”, announcing that, “a small group of our fellow citizens, with ‘orchestrated effort’, is trying to misinform the public about the sick poplars that were cut on Europe Avenue.”

The municipality said that to “restore the truth” less than 50 diseased trees were cut down and not 120 as, “some misinformation is deliberately being spread”.

“We emphasise that there is rich photographic material for the sick poplars and we also point out that along the boulevard there were 30 to 40 cut tree trunks that had been cut down about a decade ago, without any protests.”

The Paphos Greens also claimed a letter published by the forestry department said they did not give any permission, or sign anything for the trees to be cut. They also pointed out that no representatives of the department were present at the time they were chopped. The municipality, in a previous lengthy statement, announced that a forestry determent representative had been there, the Greens spokesman said.

“The forestry department only asked someone to check the trees that had trunks less than 40cm in diameter as these do not need a license to be cut. There is a huge difference between that and the municipality announcing there were permits and the reality. The municipality is telling lies,” he added.

The announcement by the forestry department literally “calls out” the municipality of Paphos, which tried to make it an accomplice in an environmental crime, he said.

“We call on active citizens to be present at Sunday’s event at 5pm in front of Paphos town hall to protest and show their opposition to the cutting of the trees, and the attack that the urban green has been under in our town for the last two years,” he said.